PABLO Temporary Store Singapore: What We Know So Far

PABLO Temporary Store Singapore: What We Know So Far

Singapore is the only city in Asia to have a PABLO Temporary Store.

PABLO Temporary Store Singapore: Here’s what we know so far. Updates will stream in throughout Friday and the weekend, check back often.

• All tees sold out except for red long sleeved tee

• Most pre-order coach jackets left in XL sizes only

• Only 5 items per customer allowed
No more.

• Cash and credit card accepted only
Cash for the rich, credit for the broke, so everyone’s covered.

• Only 20 customers allowed into the store at any given time
For crowd control purposes.

• No trying allowed
You’ll just have to guesstimate the correct sizing by placing the clothing against your body and looking into the mirror.

• 12 different products are being sold in Singapore The jackets pictured are available for pre-order, but all other apparel and accessories are in-stock. Prices are as follows: S$50 for the caps, S$60 for short sleeve t-shirts, S$90 for long sleeve t-shirts, S$120 for crew necks, S$130 for hoodies, S$340 for the bomber jacket and S$400 for the military jacket.

• There’s a second queue
Demand is so high, the mall management has formed a second line outside Suntec City Tower 1. We saw close to 100 people queuing up here, with numbers expected to increase throughout the day. 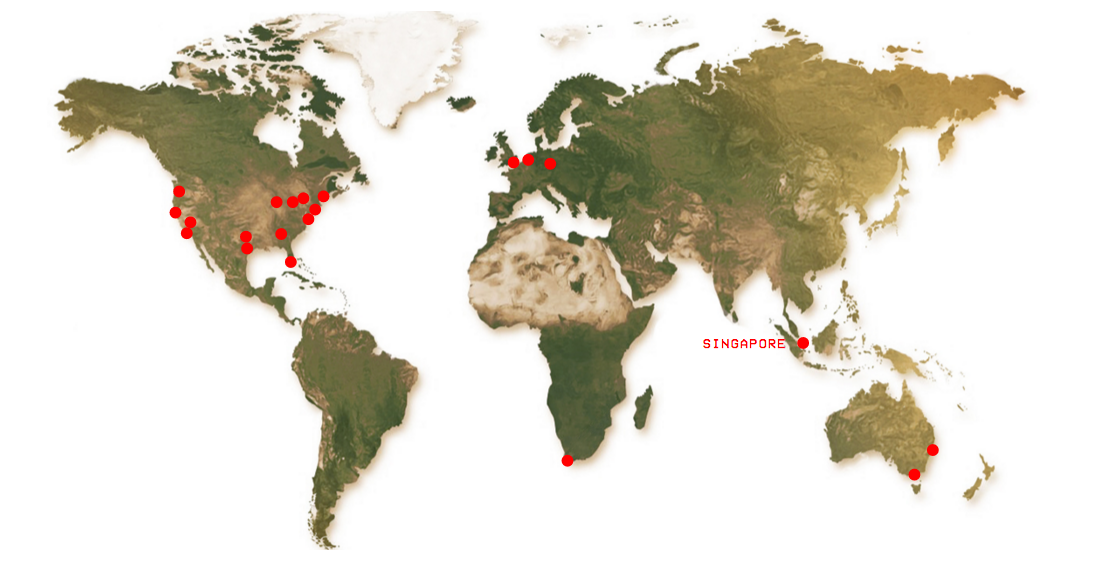 • Singapore is the only city in Asia to get a PABLO Temporary Store
Yes, it is. Reference the featured image above, which is a screenshot taken off kanyewest.com. Aside from Singapore, the worldwide pop-up event spans 13 cities in the U.S., three in Europe, one in Cape Town and two in Australia.

• Main line aside, there will be city exclusives
Each temporary store will not only carry a broad line of Kanye’s PABLO merch available only in stores, but will also include limited edition designs, exclusive to that city.

• There’s already a mad queue
According to our sources on the ground, there are already more than 100 people waiting in line for the PABLO Temporary Store Singapore to open.

• The temporary stores are presented in partnership with Universal Music Group’s Bravado
According to a press release, Bravado is the “industry leader in merchandise and branding services for recording artists and brands.”

Stay tuned for a post-drop coverage. For immediate updates on the PABLO Temporary Store Singapore, keep up with us on social media.