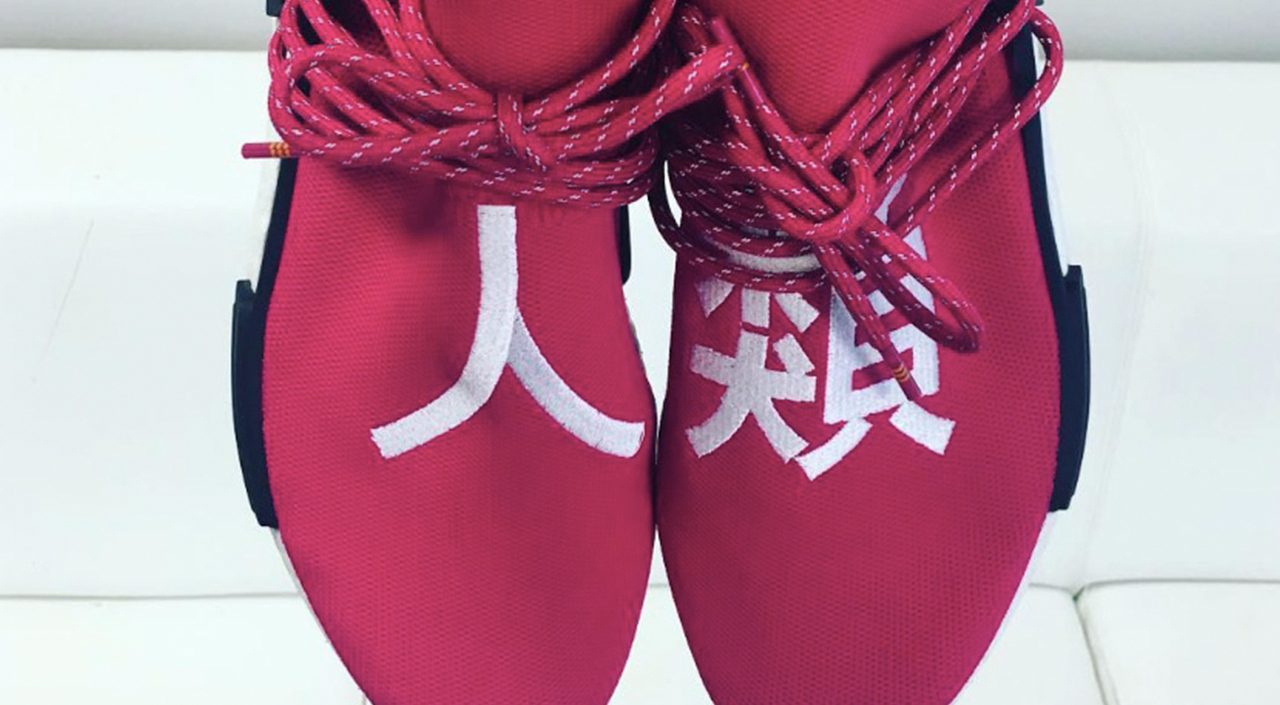 This time the Adidas NMD Human Race will come in shocking pink.

The next Pharrell x Adidas NMD Human Race will come in shocking pink and Kanji lettering.

The Pharrell x Adidas NMD Human Race, first released back in 2016, will come in a new colorway this year: pink.

From the photos available, it looks like no changes have been made to the silhouette.

According to Kicks on Fire, the pair will bear “a revamped deconstructed lacing system in black which goes through the cage of the stabilizer to create a moccasin type of feel.”

Other elements include “a crisp, white boost sole unit, pink speckled laces, and black EVA inserts.” And for the curious, the Kanji lettering translates directly to “HUMAN RACE”.

First reported by Yeezy Mafia, the upcoming Pharrell x Adidas NMD HU is speculated to hit retail stores in 2017. No exact release date has been confirmed but Sole Collector reports that members of Adidas Friends and Family are “already being seeded this pair”. So who knows, it might hit retail stores sooner than expected.