Pokémon Go: What’s Been Happening and What’s to Come

Pokémon Go: What’s Been Happening and What’s to Come

In the wake of Pokémon Go’s release last Wednesday, here’s an overview of interesting happenings so far and what we can expect from the augmented reality game in the future. 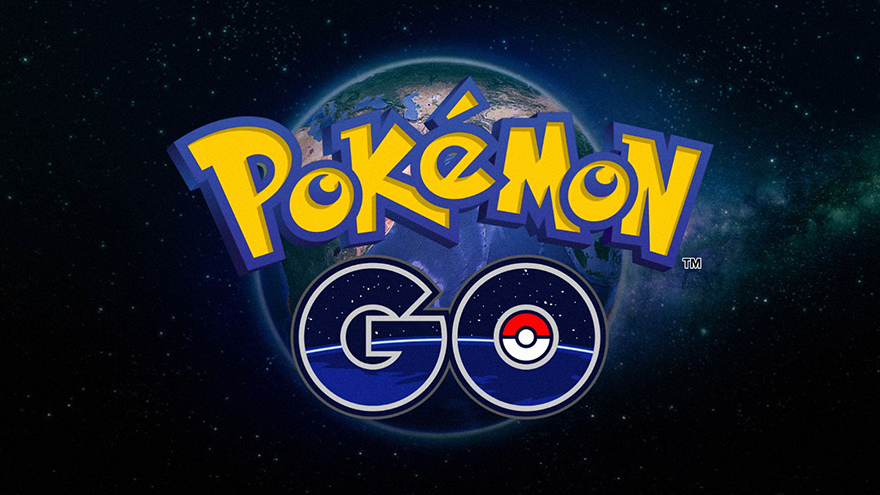 Since Pokémon Go’s launch last Wednesday, constant “Pokénews” from around the world, some good, some bad, have sprouted.

Now that Pokémon Go is available in countries such as USA, Australia, New Zealand and Japan, the game has set the Internet on fire, spawning new subreddits and funny memes to go along with the craze.

Despite the raving reviews, Pokémon Go has also opened up a can of worms and and created sticky situations. Here’s a look at some of them. 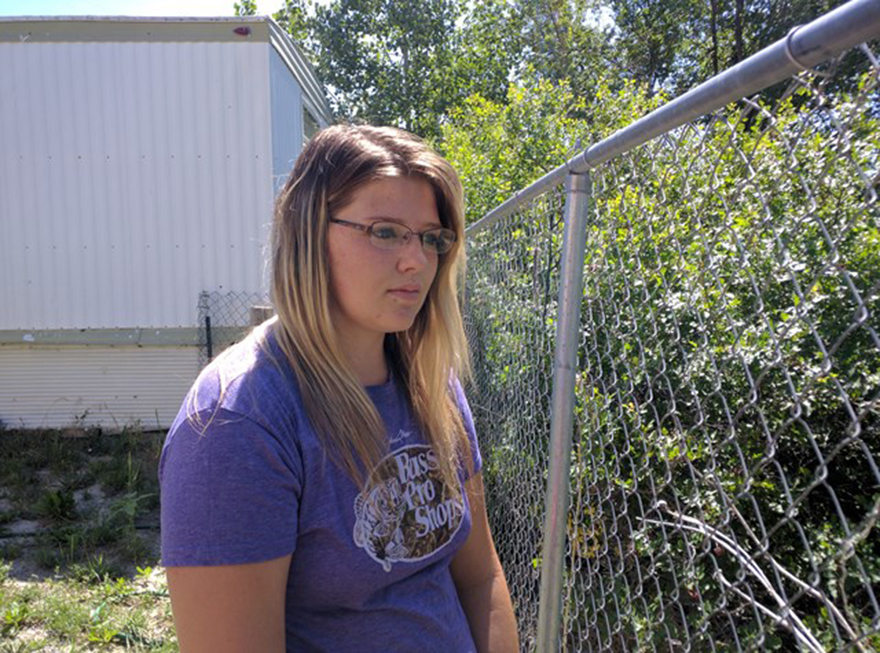 Shayla Wiggins, a 19-year-old Riverton, Wyoming resident, discovered a dead man floating in the Wind River early in the morning on July 8th while she was trying to catch Pokémon within the vicinity. Talk about a bad discovery. 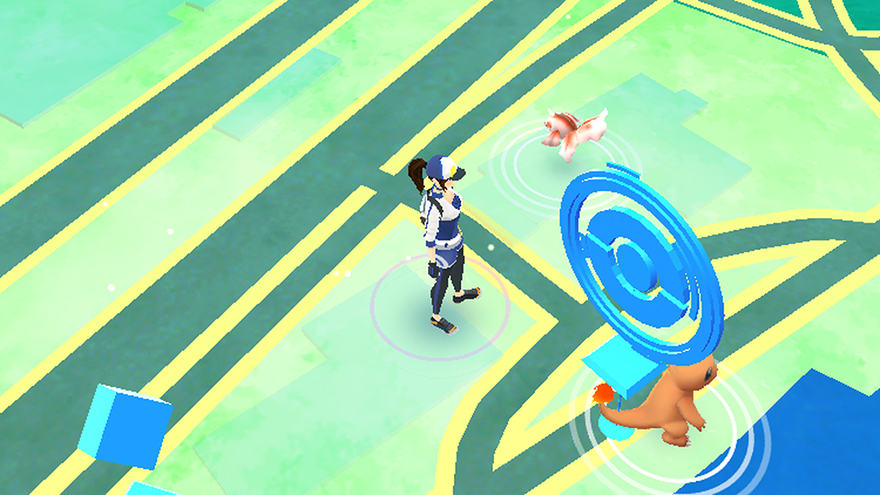 O’Fallon Police located four suspects on Sunday morning who could be involved in multiple armed robberies of Pokémon Go players.

Due to the nature of the game, which requires players to head outside to specific locations to complete certain tasks, a few were lured to the place where a Pokéstop (a real-world location where game items can be collected) was placed by the criminals.

It’ll be interesting to see how much fun it is when people are rolling up at all hours.

Boon Sheridan woke up to find that Pokémon had decided that his house was one of the game’s important gyms. People started arriving at his doorsteps to “battle” at the gym, resulting in some degree of distress for him.

So yesterday me and @jiggsy we went for a walk in Sydney with a few friends… #PokeGOwalk (photo by @raejohnston) pic.twitter.com/kgnd0Bbhz8

In the wake of the game’s release, The Pokémon Go Walk in Sydney was started by PAX Australia’s Guy Blomberg to be a little casual day out for a small crowd. Instead, at least 2,000 people turned up. Talk about spontaneity!

5) Just a day after its launch in US, the app was downloaded more times than Tinder

The statistic speaks for itself. Within two days of launch, Pokemon Go was installed on 5% of Android devices in the USA, more than double of Tinder’s 2%. Looks like people will rather head out to hurl some Pokéballs than swipe right for dates. 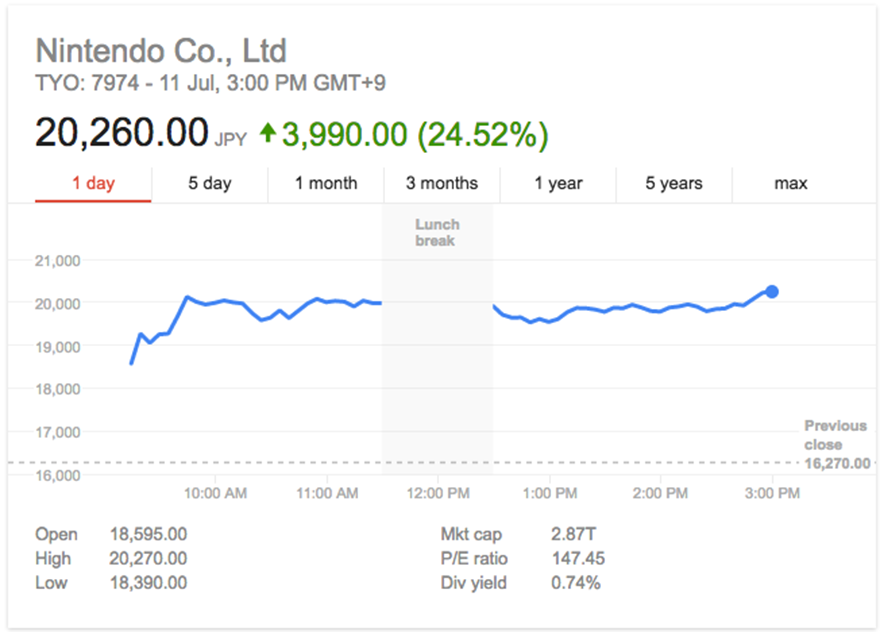 Nintendo’s shares enjoyed a substantial surge, with full credit to Pokémon Go. The app gave a serious boost to the company’s mobile gaming division and made shareholders jump for joy. The stock closed 24.52% higher on Monday, with each share worth 20,260 yen (U$199.70).

What’s next for Pokémon Go 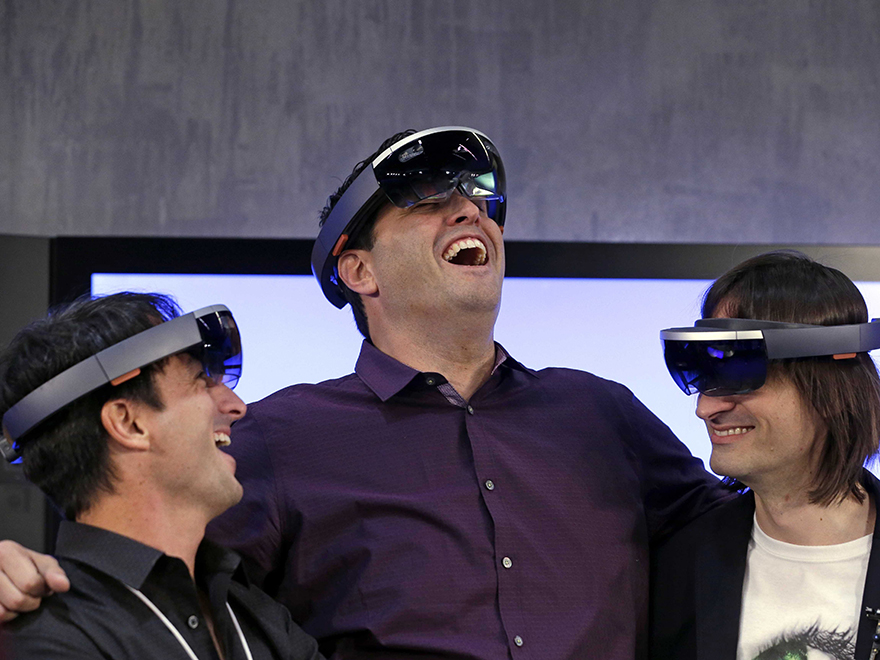 Niantics CEO John Hankes, whose company developed Pokémon Go, spoke about some major changes to the game to keep players hooked on it.

The first feature is the ability to trade your Pokémon with friends and strangers. “It’s kind of a core element,” Hanke said to Business Insider. The specifics have not been mentioned yet but the feature is expected to appear some time in the future.

On top of that, Hankes hinted that they are make some major improvements to the augmented reality aspects of the game.

Right now, players are able to interact with Pokémons through their smartphone cameras. In time to come, the game might support augmented reality devices, such as the Microsoft HoloLens, which will bring extra realism to the game.

So it’s official, we can finally say goodbye to the humdrum of our daily routine and step out of our doors to become Pokémon masters. What a time to be alive.