Puma sets a drop date for the new Puma Legacy

Puma sets a drop date for the new Puma Legacy

The third performance basketball sneaker, the Puma Legacy is inspired by their heritage and built with the latest in performance tech. 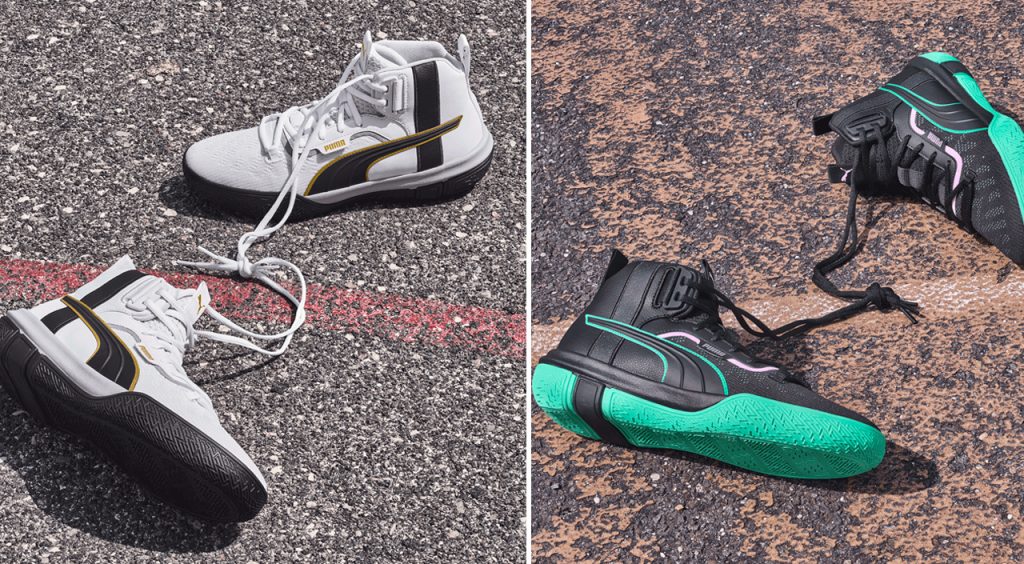 The sneaker is slated to drop on September 15, in two simple colorways, island-wide.

Puma is making its mark in the performance basketball space with their third sneaker since the relaunch of their basketball division. The Puma Legacy is a clear message that the German brand has no plans to slow down. The new sneaker’s design aims to fuse Puma’s rich history in sports with the performance technology it has developed over the years.

The Puma Legacy borrows design cues from their 70 years of sporting heritage, which includes the Puma King that Pele wore throughout his iconic soccer career and the Puma Suede Tommie Smith held during his Black Power salute at the 1968 Olympic Games. To pay homage to those game-changing moments, Puma retained the classic T7 strip in the design of the Legacy. The design is pretty minimalist, with a close resemblance to the Puma King: a simple monotone base, with a big T7 strip on the lateral side of the sneaker. Though inspired by history, the technology within the performance sneaker is entirely modern. The Legacy contains the latest Puma Hybrid cushioning technology within the heel. It provides a high energy return while ensuring sufficient support when landing. The upper of the sneaker features a lacing system designed to provide lockdown with a mid-cut design for ankle protection. The forefoot of the sneaker is constructed from two-toned knit, providing sufficient protection while remaining breathable and flexible. The campaign for the Puma Legacy features Michael Porter Jr, who was ranked the top prospect in his class of 2017, and Zhaire Smith, who went from bedridden to playing against the Miami Heat in seven months. Both are clearly legends in the court.

The Legacy is slated to drop on September 15 in two colorways – Legacy ’68 and Dark Mode. It will retail at S$169. You can cop a pair online at Puma.com or at Puma Ion, PUMA Bugis +, Puma Vivocity, Puma Suntec City and Puma Jewel outlets.

With the retro-inspired design, would you rock the Puma Legacy off the court? Share your thoughts in the comments section.