The New UltraBOOST Mid, a Collaboration Between Ronnie Fieg and Nonnative

The New UltraBOOST Mid, a Collaboration Between Ronnie Fieg and Nonnative

The UltraBOOST Mid is the brainchild of Ronnie Fieg and Nonnative, a Japanese menswear label. Find out more about the collab here.

According to Footwear News, the Adidas UltraBOOST Mid collaboration will likely see a Black Friday release – that’s November 24, 2017. Please note that the date hasn’t yet been confirmed by Adidas, Ronnie Fieg or Nonnative.

Each pair will be priced at US$220 (approx. S$298). The shoe will likely retail exclusively on Kith and Nonnative.

Designer Ronnie Fieg took to Twitter on November 16 to tease his followers with a high angle shot of a never-before-seen UltraBOOST Mid colorway.

In a three-part tweet, Ronnie Fieg followed up his initial teaser image with an official shot of the full silhouette.

He then went on to pin a tweet with another image of the silhouette propped up against concrete steps. The accompanying caption reads, “RF and Nonnative present…” (see above). 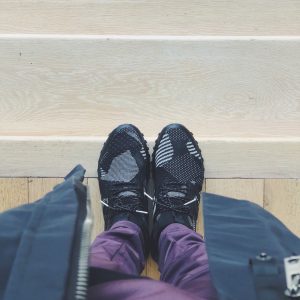 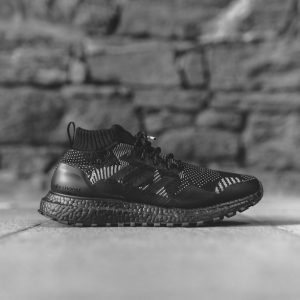 A messy yet aesthetically pleasing array of dots and stripes in black and white adorn the toe box. The patterns seem to continue along the rest of the shoe, albeit less noticeably. The collab shoe finishes off with black-painted BOOST midsoles and a black Continental outsole to match. Jon Wexler, VP of Adidas’ global entertainment and influencer marketing, shared screenshots of Ronnie Fieg’s tweets on his Instagram story to confirm the existence of the collab.

All this probably in a bid to curb a repeat of the Yeezy Mafia incident, in which Yeezy Mafia accused grime/hip-hop artist Stormzy of rocking fake Yeezys onstage. Turns out, Stormzy wasn’t, and it was again Wexler who had to vouch for him.

We don’t know yet when this drops, but stay tuned to Straatosphere for updates.

Does this collab excite you? Let us know in the comments below.