In celebration of the Diadora N.9000’s three-decade run, SBTG and 24 Kilates were tipped to put a luxurious spin on the Italian sneaker. The SBTG x 24 Kilates x Diadora N.9000 drops on November 14. To celebrate the N.9000’s three-decade production run, Diadora is releasing a series of collaborations based on the handcrafted sneaker. The first collaboration to drop is the SBTG x 24 Kilates x Diadora N.9000, which will arrive on November 14.

SBTG and Spanish-Thai boutique, 24 Kilates, go all out, producing a luxurious N.9000 that references the quote “Vino Veritas”, which translates to “In wine, there is truth”. Inspired by the Spanish wine-producing Monstant region, 24 Kilates gives the N.9000 velvet toe caps, heel counters and eyelets that replicate the gradient of colors seen in red wine. SBTG fulfils the second half of the quote — the hidden truth. In line with his design ethos “hidden in plain sight”, SBTG adds hidden custom vineyard patterns all across the toe box and midfoot panels. 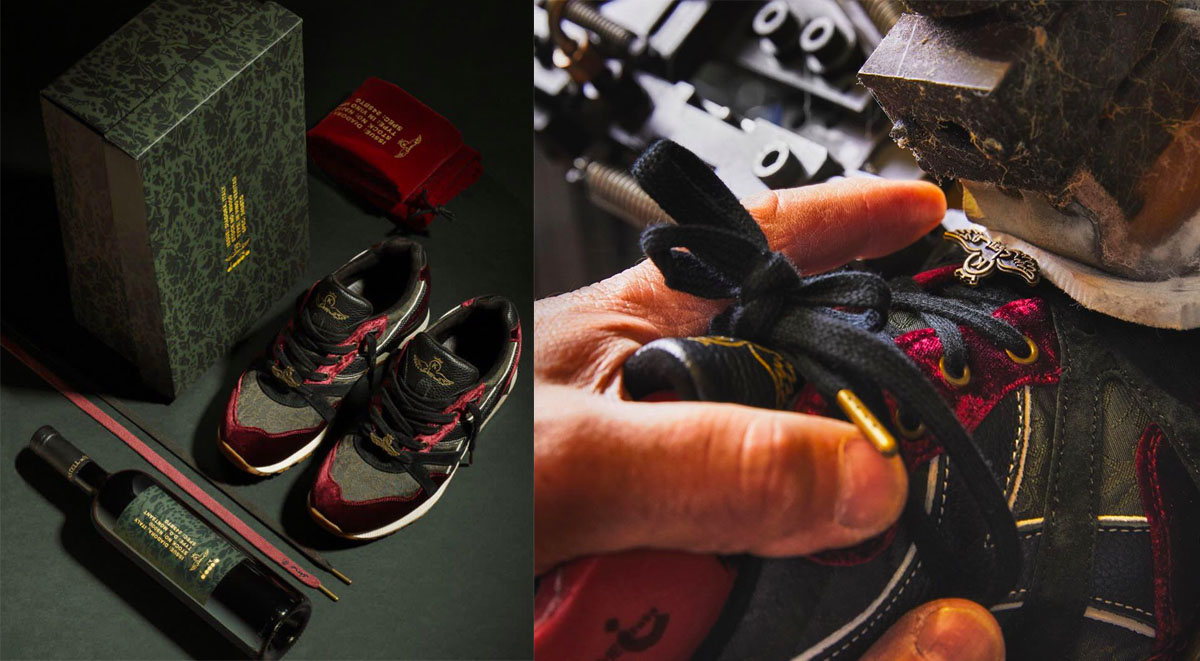 The jaw-dropping collaboration bears custom 24 Kilates x SBTG insignias on its leather tongue and custom insoles that are matched with an eye-catching dubrae.

Tumbled leather panels on the Diadora vector and heel tab and the addition of suede accents on the midfoot complete the luxurious N.9000. 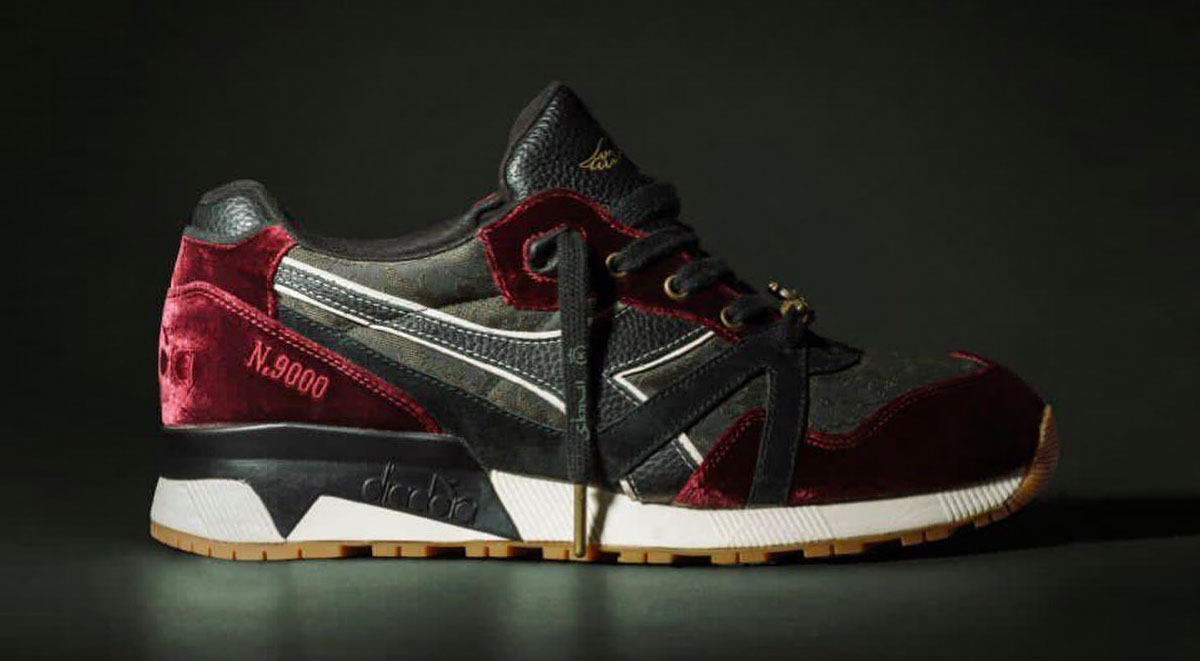 The Diadora N.9000 is a silhouette often overlooked by most sneakerheads. The humble sneaker was first developed in 1990 and served as an all-rounded runner for that decade. In the new millennium, sneakerheads began to regard the N.9000 as a quality lifestyle sneaker with performance features, making it both stylish and comfortable. It eventually became a canvas for numerous high-profile collaborations including Bait, A Ma Maniere, Extra Butter and others, which solidified the N.9000’s presence in the sneaker community.