Is this a Sean Wotherspoon GUESS Collab in the Making?

Is this a Sean Wotherspoon GUESS Collab in the Making?

If this happens, you could pair the Sean Wotherspoon Guess collab with his Nike Air Max “Vote Forward” sneakers.

OG Guess❓Jeans. Make the old new, and the new old. That's the goal.

GUESS has confirmed its Sean Wotherspoon collaboration! The brand took to Instagram on Saturday, November 4 to reveal details of the collab (post below).

Featuring a range of apparel including striped t-shirts and hoodies, the collection dropped exclusively over the past weekend at Complex Con. No releases outside the convention have been announced just yet.

Some apparel pieces can be found online but expect it to be pricey! One t-shirt can set you back up to US$240 (approx. S$327).

A Sean Wotherspoon GUESS collab in the making? The Nike Air Max “Vote Forward” 2017 campaign winner hints at the possibility on Instagram and Snapchat.

The Instagram teaser features an image of a striped GUESS t-shirt along with a multicolored bomber jacket. The teaser is accompanied by a cryptic caption that reads, “OG Guess [emoji] Jeans. Make the old new, and the new old. That’s the goal.”

On Snapchat, the designer’s post showed a picture of what looks like a white jacket featuring GUESS zipper tags (image below). 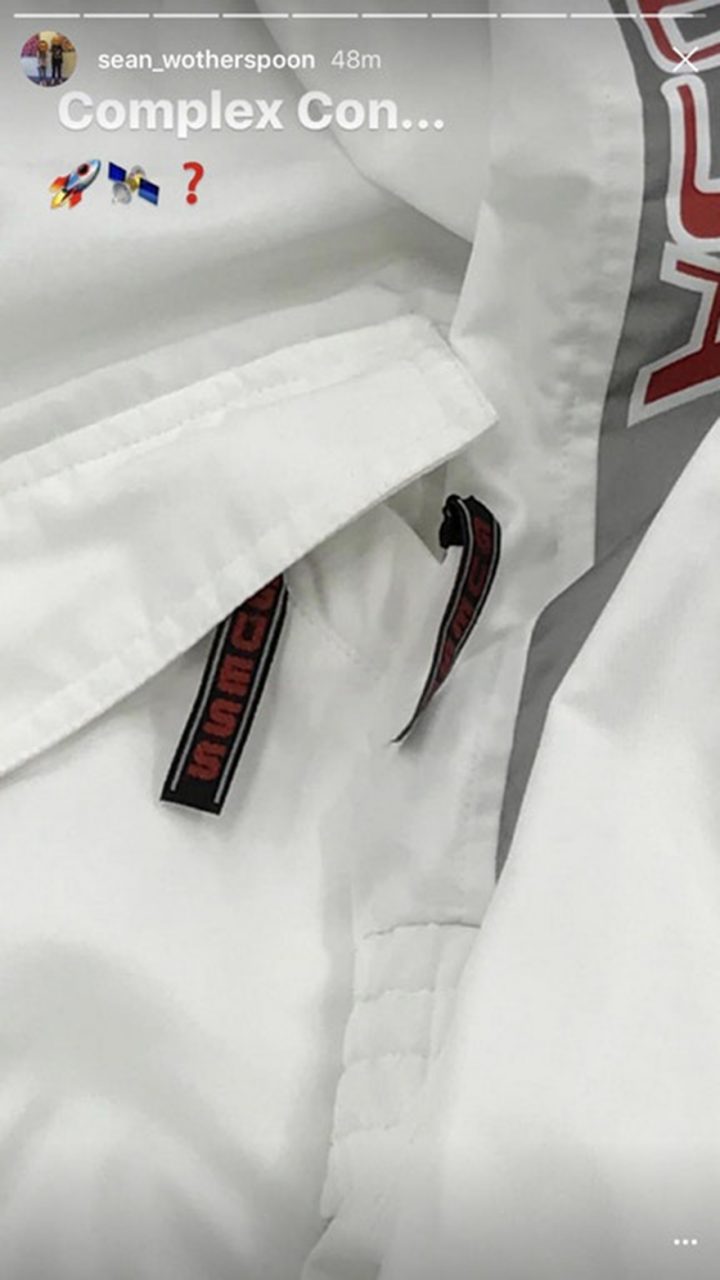 Not much else is known about the collaboration, but according to Reddit user Kauribe, Wotherspoon has been working with GUESS since 2016.

Wotherspoon last made headlines in March this year when he won the 2017 Nike “Vote Forward” contest campaign, in which 12 sneaker aficionados put their own spin on the Nike Air Max sneakers. Wotherspoon’s entry, inspired by hats from the 80s, won the public vote. His design will be released on Air Max Day 2018.