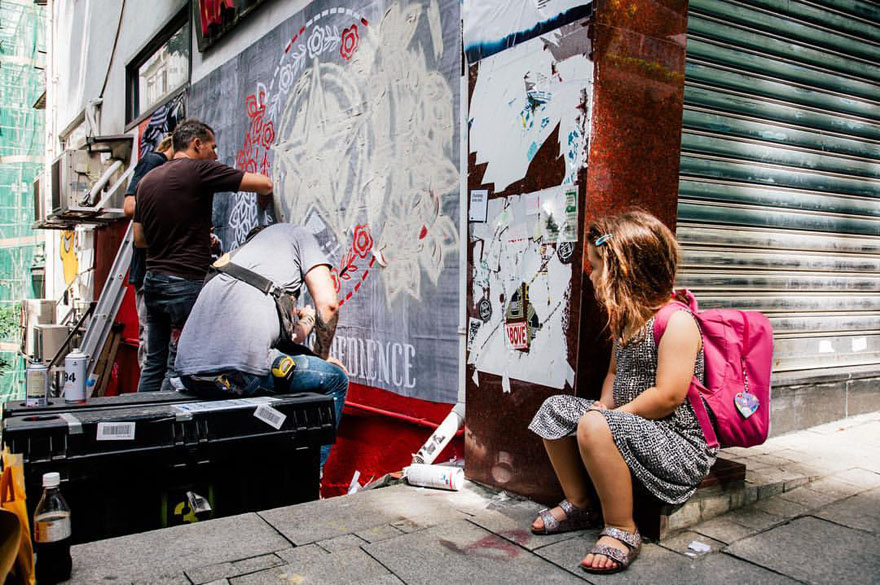 Visual Disobedience by Shepard Fairey explores the abuse of power by people in positions of authority, and the response to this exploitation.

Visitors can also expect to see work that draws attention to global warming, an issue that Fairey is passionate about these days.

In keeping with Fairey’s motto, “Question Everything”, Visual Disobedience will raise the inconvenient questions such as how are humans taking responsibility for the effects of our consumption now that we have the power to consume?

From the genesis of the OBEY GIANT campaign to the Obama “Hope” portrait, Fairey has not been one to shy away from controversy. For those who enjoy thought-provoking art, and indeed anyone who is a fan of Fairey’s clothing label, Obey, this one’s for you.

Visual Disobedience by Shepard Fairey is presented by the Hong Kong Contemporary Art Foundation. The exhibition will be held at The Pulse (B104-Shop 305, No. 28 Beach Road, Repulse Bay, Hong Kong). The exhibition is open from Wednesdays to Sundays, 12 to 8pm.

More details can be found on the event page here.