Credited with creating a whole world of Japanese-inspired cartoon characters that take the form of toys, street art and mall installations, Simone Legno tells us about life as an artist and what he’s up to next. 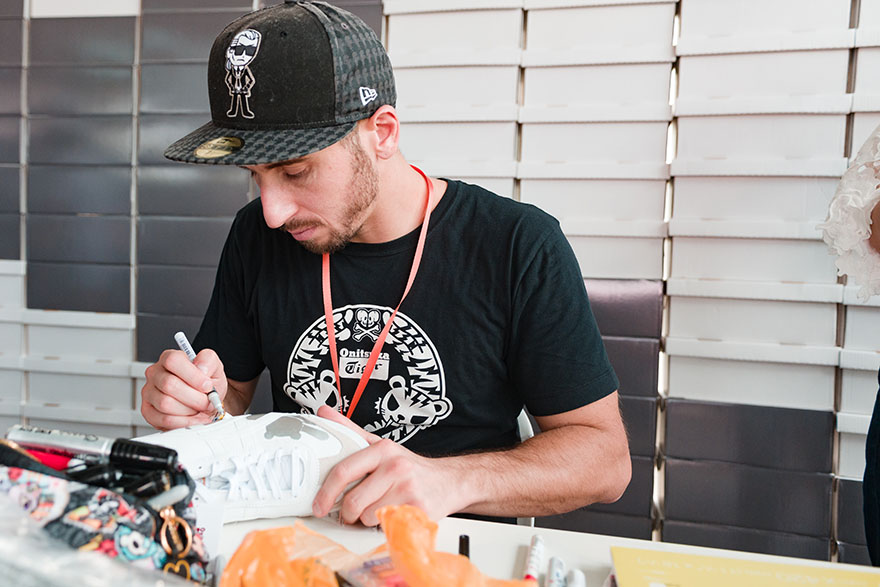 The Tokidoki world is filled with so many unique characters. Are you always thinking of adding new ones?
Yeah, all the time. Almost every project that I do has characters in it. It’s an evolving world, because I keep pushing for new characters and expanding their “families”. One of my latest characters is a kaiju (“monster”) and one of my favorites is a baby tiger that I created for Onitsuka Tiger back in 2008. The list keeps growing as I progress through life. I would be bored if Tokidoki only relies on an existing pool of characters.

How quickly can you create a character?
There’s no rule to it. Sometimes it can be three a day, or zero, if the idea doesn’t come. Sometimes I toss and turn in bed and keep thinking about it, but I don’t want to do something that’s just cute. I want it to be unique and conceptual. I draw when I’m on the plane, at home and even at the cafe when I’m with my wife and daughter. The giant installation that I created for Lane Crawford in Shanghai, which is themed after the Year of the Monkey, first came about from a sketch that I did during a meeting.

You started at a very young age and have definitely matured as an artist. Is this reflected in your projects?
My work has definitely improved over the years. I’m very strict with myself and always want to do better. I would redo some successful projects from the past if I could. I’ll redesign everything from scratch, because I can do it better now, whether it’s the cleanliness or thickness of the lines, the color schemes, or even the proportions of the characters I designed. “Year of the Monkey” installation at Times Square mall in Shanghai, China

How did the move to Los Angeles 13 years ago help you creatively?
When I left my hometown in Rome, Italy, my style already was very Japanese-inspired. I grew up in a background that’s similar to California, so there was a lot of American iconography in my head too. Being in Los Angeles really helped to push the street art aspect of my style. I’m known as the guy who came from Europe, has a love for Japan, and exudes a Los Angeles vibe.

You must frequent Japan quite often. What still amazes you about the country up till today?
I’ve been to Japan a total of 44 times. My final goal is to move there, and it makes sense because I do a lot of business in mainland China and Japan is closer to it. What amazes me about Japan is that it keeps on changing and reinventing itself every six months; like in Singapore, but on a different scale. I love it; it’s very inspiring for designers and there’s constantly new ideas showing up.

Have friends and family asked you to design characters that are based on them?
Not really, but for collaborations with the likes of Karl Lagerfeld, I secretly inserted sketches of friends, my wife and daughter as Easter eggs in the promotional animations. I also did a collection with LeSportsac that featured cherry blossoms, and I illustrated my daughter as part of the print, because she was born during the cherry blossom period. When she grows up, she will have that as a memory and keepsake.

Whatever the medium may be, Simone’s characters are often in the company of each other

As an artist, you definitely have your fair share of fans and haters. How do you address the criticisms that come your way?
I cannot force people to like my work. If it touches your heart, then it’s good. But if it doesn’t, I usually keep quiet about it out of politeness. But if people make comments that don’t make sense, then I would address it. I’m very thankful that my partners trust me enough to work with me, sometimes even before meeting me face-to-face. I mean, what if I turned out to be a douchebag artist?

If you could travel back in time, what would you do differently?
I wish I had more experience handling the legal aspect of the business. There were cases where people would steal the copyrights and trademarks of my work. I would want to be less naive and protect as much as possible from the very start. There are many countries that I am unable to penetrate because of the legal battles caused by these infringements.

Which other artist would you like to work with in future?
My favorite artist in terms of contemporary art is Aya Takano; she’s part of Takami Murakami’s Kaikai Kiki entourage. She’s one of the best and I want to work with her someday. 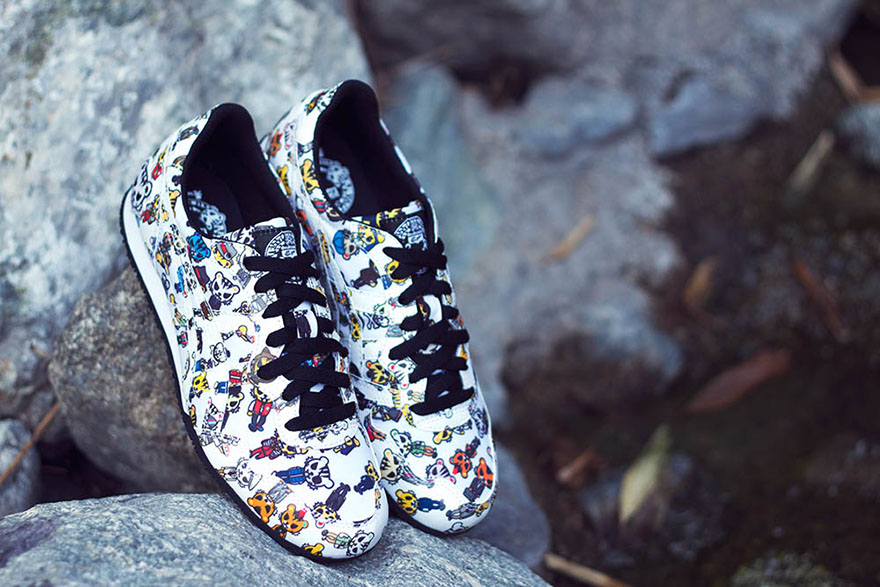 Sneaker collectors can also own a piece of Tokidoki art, through its 2015 collaboration with Onitsuka Tiger

Your work spans across so many different mediums. What would really stand out for you and impress your followers?
I would love to see my artwork on an airplane, and if possible, one from Singapore Airlines. That’s my dream.

What does 2016 hold for Tokidoki?
We’re focused on expanding the brand and having a stronger presence by making it more than just an underground pop-culture and fashion label. We’ll be opening stores in Shanghai and Beijing, and hopefully some other cities too. We really want to bring the brand abroad. Nonetheless, I will still continue to do other projects that involve designs for toys, streetwear and even slot machines.

It’s been a long road to success, but definitely worth it at the end of the day. Do you hope to help out fellow artists someday?
Honestly, I’ve never really thought about it, because I’m so involved with creating my own story. But who knows? A lot can happen in the years to come, maybe one day when Tokidoki is fully established and I’ve reached my dreams, I’ll follow what strikes my heart next.

Visit the Tokidoki blog to see more of Simone’s projects.