The Singapore Chelsea FC fan meet was held in conjunction with the Nike Chelsea FC kit launch. The opportunity to meet the players was too good to pass up, so we decided to accompany Singapore superfan, Noor Rafiq, to the event.

We met Rafiq, a 17-year-old student, at his home on the morning of the fan meet. Dressed in his favorite Chelsea jersey, he was so excited about meeting the players that he barely slept the night before.

Rafiq scored his pass to the fan meet by taking part in a social media contest organized by Nike and football gear retailer Weston Singapore. To score these passes, fans had to buy the new Nike Chelsea FC 2017/2018 kit, post a photo of them wearing it to Instagram, and share a proud personal story about being a Chelsea supporter.

Rafiq’s entry paid a touching tribute to his older cousin, a fellow Chelsea fan and the person who turned him into a diehard Blue supporter. His heartfelt story and burning passion for the club caught the eye of both Nike and Weston. 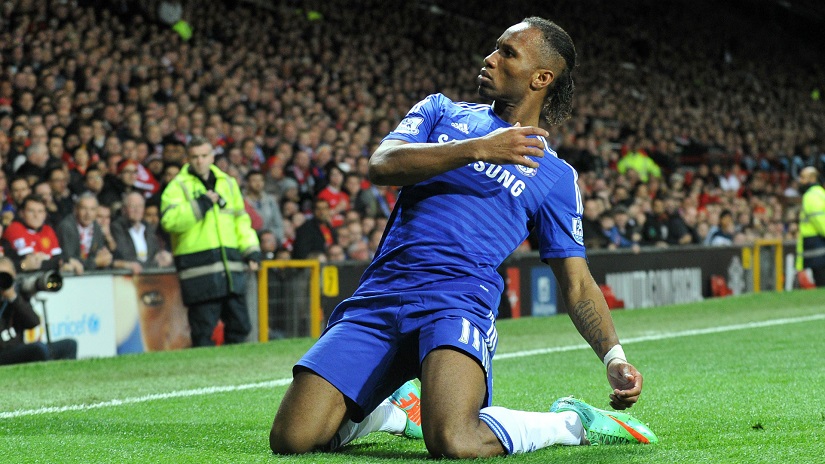 Didier Drogba is Rafiq’s favorite Chelsea player of all time

He also strongly believes that his beloved club has more than it takes to win every championship trophy in the upcoming season.

“They aren’t a one season wonder,” Rafiq said enthusiastically. “We have the right players and manager to win every championship. Just wait and see.”

When we arrived at 313@Somerset for the Chelsea FC Singapore fan meet at Weston, Singapore national footballer Hariss Harun was there to welcome Rafiq, in a surprise planned by Nike. 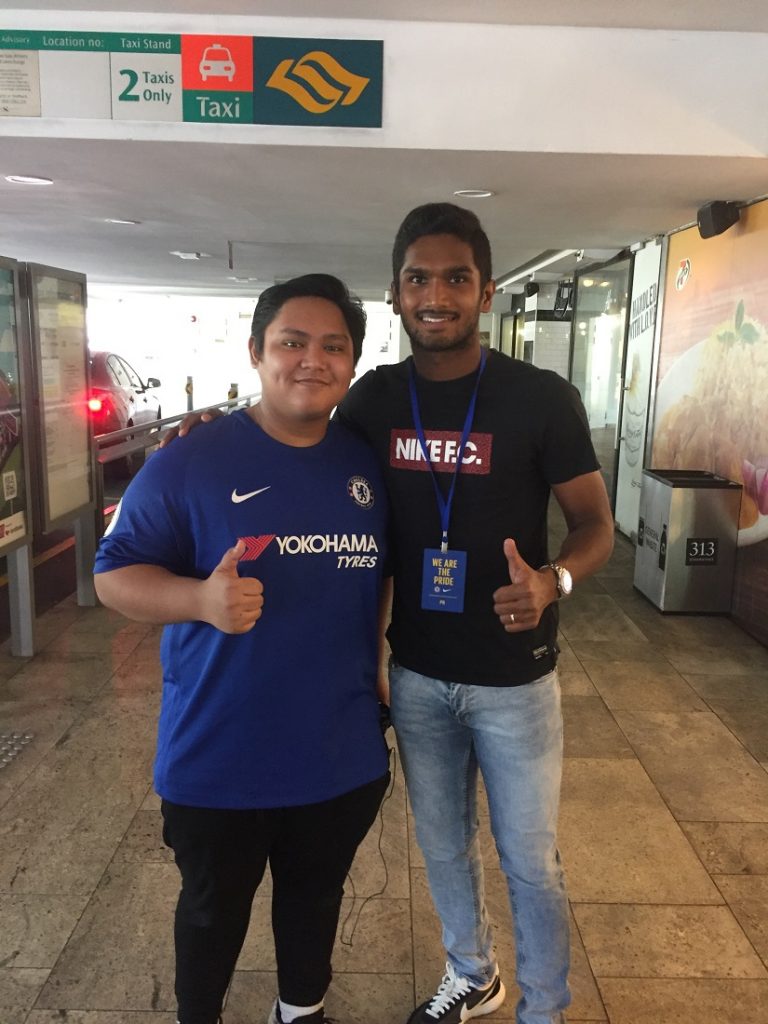 Rafiq, who was excited to meet his local football hero, said, “Yes, I’m a fan of our local football as well. In fact, I also support the club that Hariss plays for, Home United.”

Together with Hariss and Rafiq, the crowd of about 20 fans and select media eagerly awaited the arrival of Chelsea players Gary Cahill, Marcos Alonso, Willian, and Antonio Rüdiger. 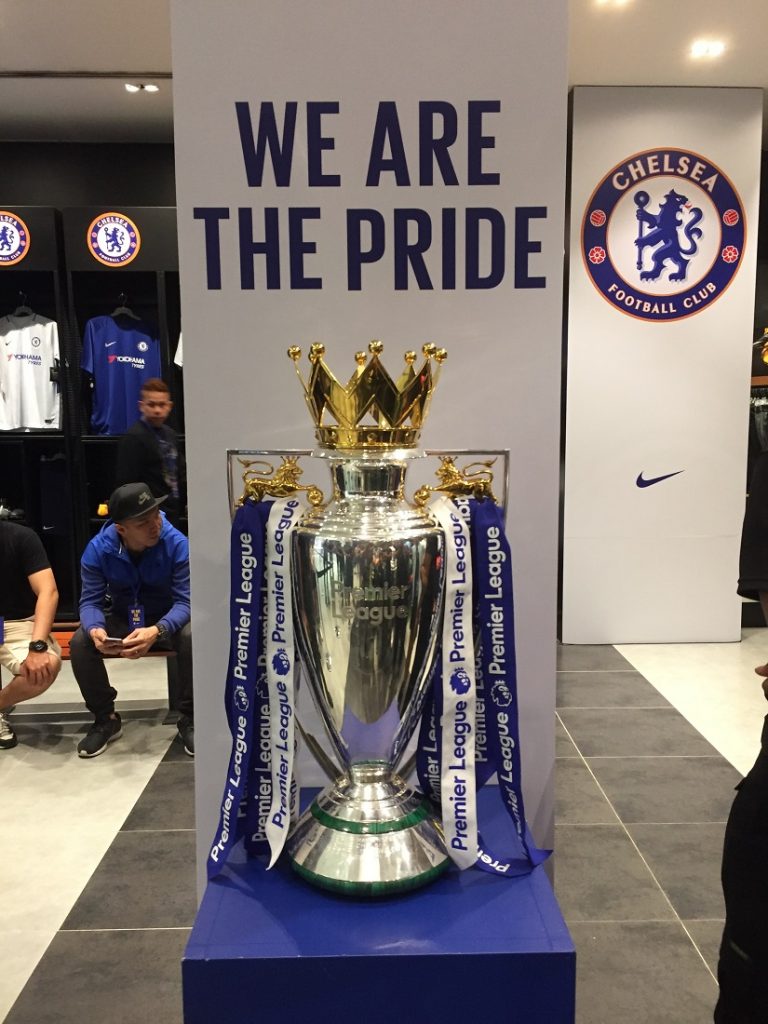 When the players finally arrived at 2.45pm, Rafiq cheered loudly for his football idols as they entered the store. However, he quickly composed himself as he had another important part to play at the event – to ask one of the players a question.

Gary Cahill was selected and Rafiq asked the captain what career path he would have taken if he weren’t a football player.

“I absolutely have no idea,” said Cahill. “I think ever since I was a little boy I wanted to play football so I never thought anything outside of that sport. I would probably say something active—I don’t know anymore, I need to be out there…so maybe training coach? Something like that.”

Nike and Weston had yet another surprise for Rafiq. They presented him with an official Nike Chelsea FC Vapor Match jersey signed by all four players. During the fan meet, the players took part in a ball juggling competition against Singapore’s U-20 National team. In addition, they also signed autographs and posed for pictures for those in attendance.

Cahill and team mates eventually had to take their leave, so Rafiq quickly lined up to bid his heroes farewell. He was lucky enough to receive a parting handshake from Cahill, who seemed to have been struck by the enthusiasm of the young Chelsea supporter. 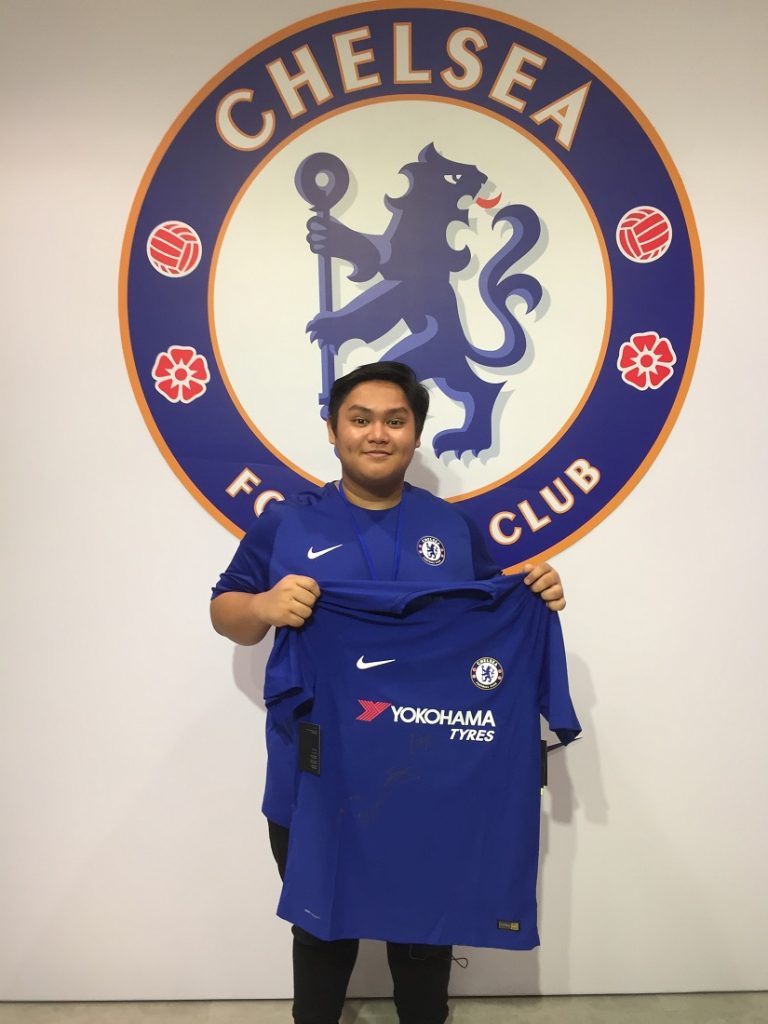 “My dreams came true. I’m very happy and no words can describe my feelings right now,” said Rafiq of the entire experience.

His next goal? To visit Stamford Bridge in London.