All-access pass: A Singaporean photographer tells us what it’s like to shoot portraits of the biggest names in hip-hop

All-access pass: A Singaporean photographer tells us what it’s like to shoot portraits of the biggest names in hip-hop

Singapore photographer Ian Lim has managed to gain access to some of the biggest names in hip-hop. Intrigued, we got him to tell us his story. 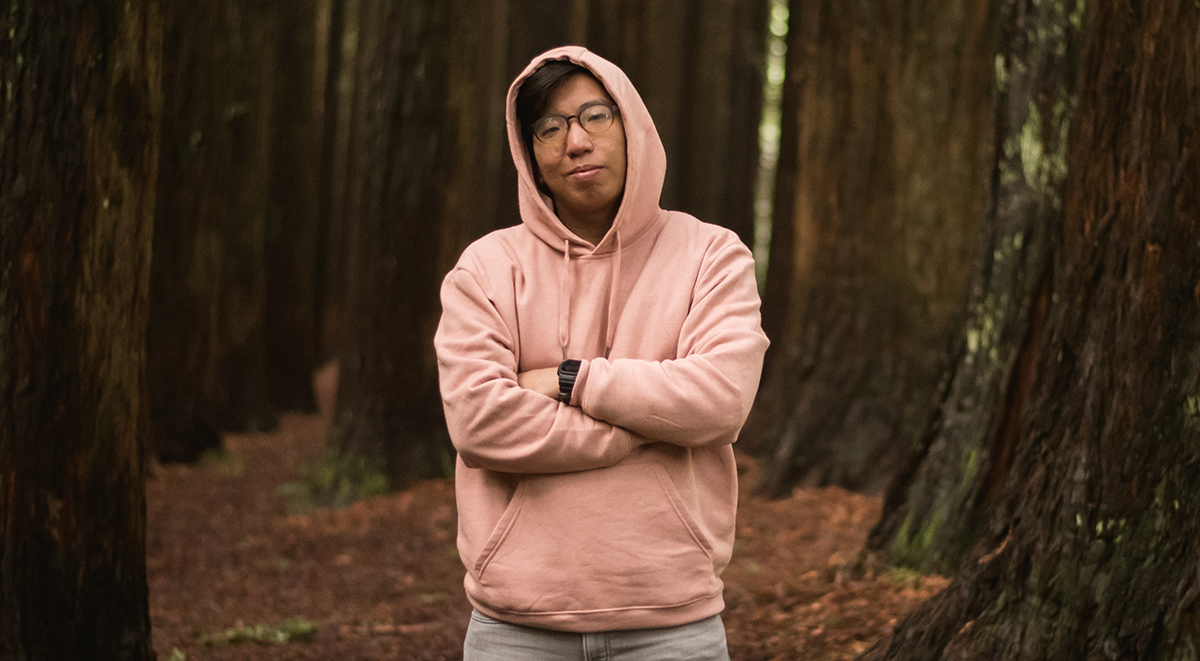 For Ian, his pursuits to capture famous musicians is a true measure of passion

Ian Lim’s journey has taken him far across the Atlantic and into close proximity with some of the world’s most famous personalities in music – and he has photos to prove it too. Those black-and-white half portraits of the world’s biggest names in hip-hop – how did they come about?

How would you describe your style of photography?
While I do enjoy shooting portraits, I’m equally fond of shooting people in their element. That can range from strangers going about their day in the streets to performers on stage. The work that I’m most proud of on my portfolio are my concert and street photography. I’ve had the pleasure of shooting people like Rakim, Dave Chappelle (who has a strict no phones and cameras rule), Esperanza Spalding, Daniel Caesar, Jay Electronica, Talib Kweli, Common, and Chance The Rapper, while they were performing live, so I’ve been very thankful and blessed for my opportunities. 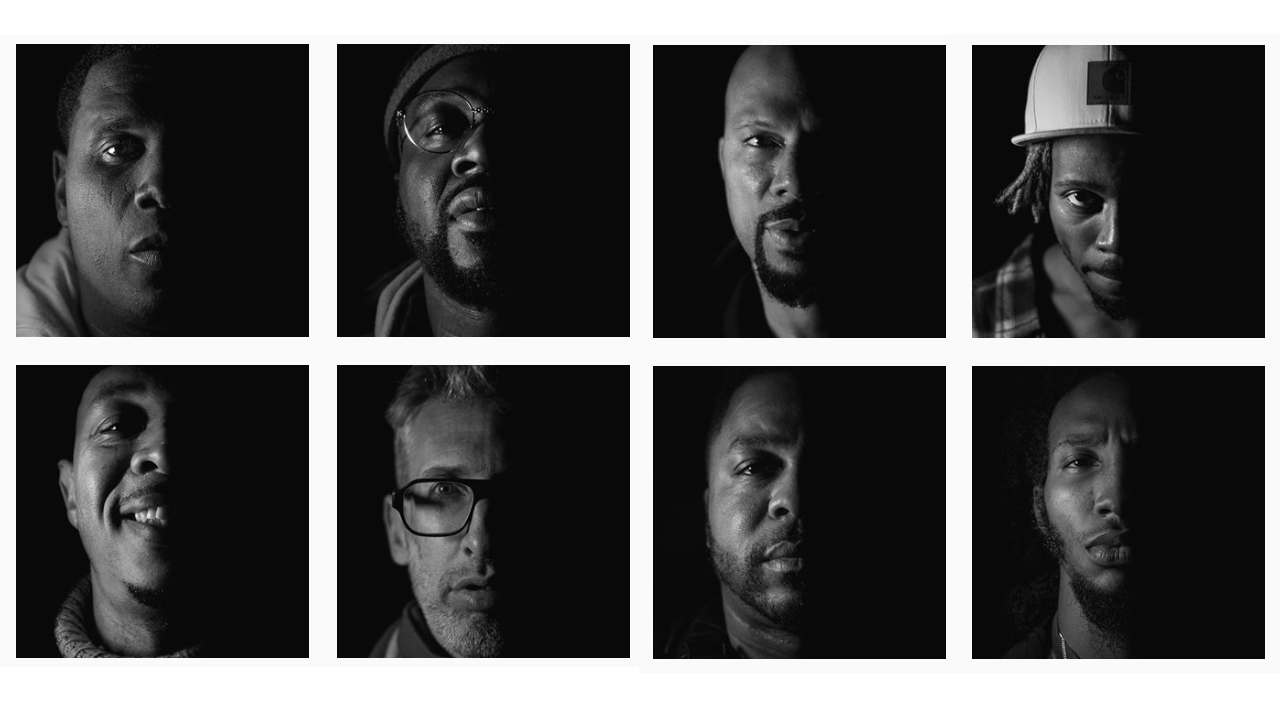 Your project, Halfportraits, has certainly caught our eye. How long have you been going at it and how did it come about? Why just half a portrait?
It started sometime in May last year while I was experimenting with lighting with one of my closest friends, Achille. So you can say that the project started out as an experiment. If you scroll to the first image on the page (@halfportraits), you’ll see the first half portrait I ever made. Once I framed the first half portrait with Achille in it, I immediately thought to myself, “Fuck, I want an entire gallery of these now.”

We imagine these portraits are taken in a rather intimate setting. What’s the feeling like when you get up-close to these artists like this?
It’s always amazing when you get to speak to your favorite artists on a one-on-one collaboration basis – instead of a fan-to-idol basis – and realize they’re as cool as you had hoped for them to be. I’d admit that I got a little nervous when Zaran from Collective Minds arranged for me to shoot the Brooklyn legend, Talib Kweli, as he was my first “big hip-hop name”. However, you realize that everyone is only human, regardless of whom you’re shooting. As soon as they stand in front of your lens and start posing for you, there’s no time to feel tensed up because all you want to do is nail the shot. Every guest I’ve had the pleasure and honor to shoot so far has been really welcoming, so it’s been nice. 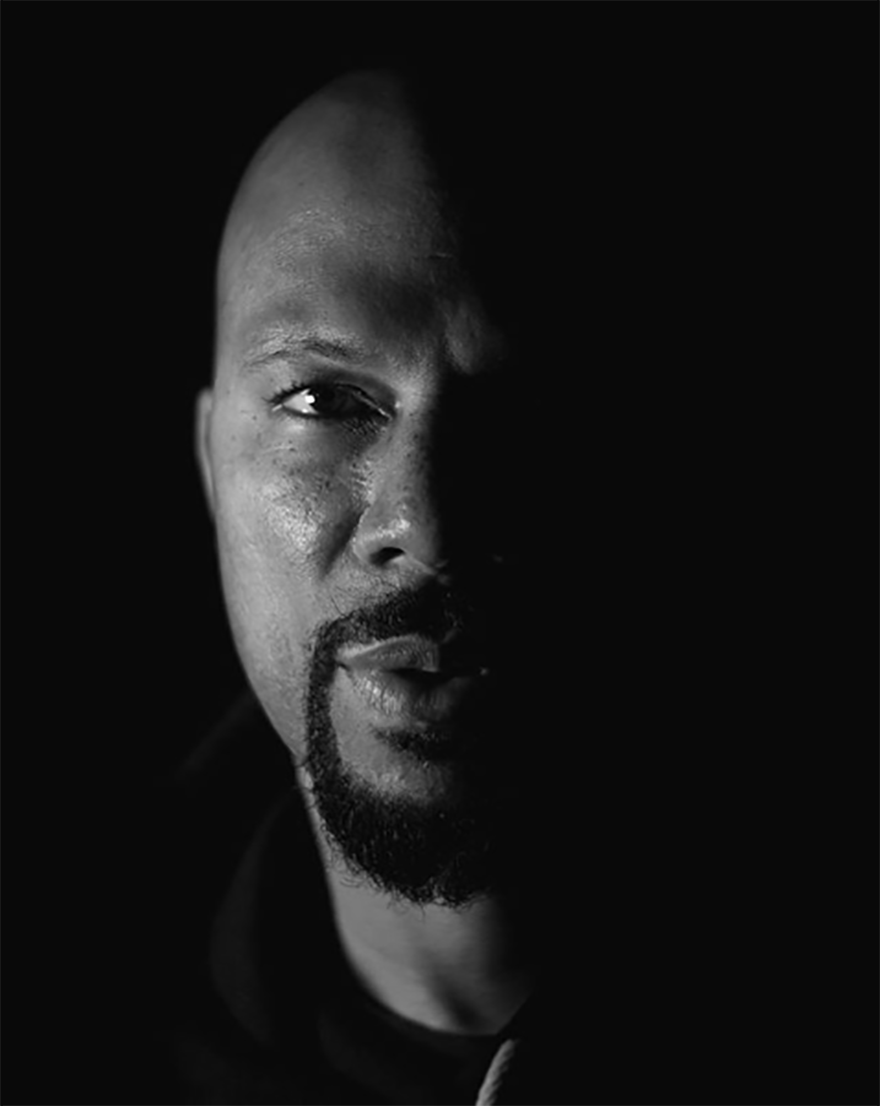 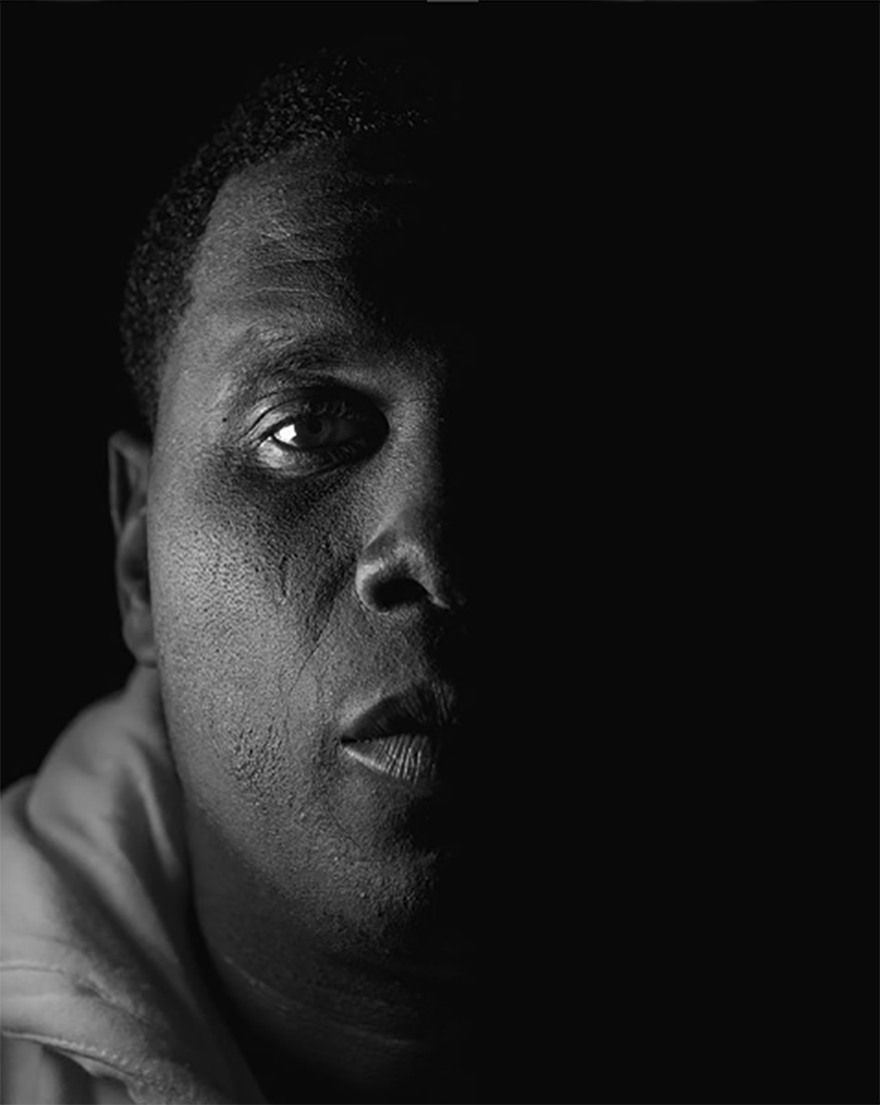 And now for the question on everyone’s mind: how do you manage to gain access to the likes of Common, Jay Electronica and Rakim, etc?
It all depends, really. I had to try different approaches for different people. Questlove was hosting Common for the first live recording of his podcast, Questlove Supreme at NYC’s Gramercy Theater. After the recording concluded, Common was on stage, reaching out to shake hands with some of his fans. I literally ran up to him, whipped my phone out, opened up the Halfportraits page and pitched it to him.

He told me to give him a couple of minutes, and when he finally came back out to greet a sea of his fans, I saw him look around for a second before he found me, pointed at me, and signaled that he’d be over in five minutes. Common got his assistant to get me, and after he was done with his media obligations, he set some time aside to speak with me so that I could get the portrait sorted.

For Jay Electronica, I traveled to Philly specifically to catch him in concert. I mean it’s Jay Elect after all. It’s rare enough an opportunity as it is. I managed to locate his manager Law and very quickly pitched it to him. He was like, “Yeah, yeah, dope, I got you,” before fishing an all-access pass out of his pocket and told me to come backstage. Law introduced me to Jay Elect right after he finished the concert and I got to talk to Jay about it. He’s a real stand-up guy; he invited everyone that was backstage to come chill, eat, and have a drink with him right after speaking to us all!

Could you describe what it’s like meeting these big names in hip-hop? What’s their reaction to having you shoot them?
It just feels mad to have these guys you’ve been listening to forever stand in front of your lens, posing for you and being supportive of your project. I’ll never stop being thankful for them taking a chance on this random kid from Singapore.

Everyone’s been really nice so far, so that whole thing about never meeting your idols has worked out well for me. One of my best interactions ever was with the legendary DJ Clark Kent, though. He’s one of the most significant characters in the hip-hop and sneaker world and I was humbled. When I spoke to him to ask if he would be interested to join the project, he said something like, “Oh shit! I’ve seen your work online before! I’m honored, man. I’m honored.” The DJ Clark Kent telling me all this? The DJ Clark Kent that introduced Biggie to Jay-Z? Humble legends. 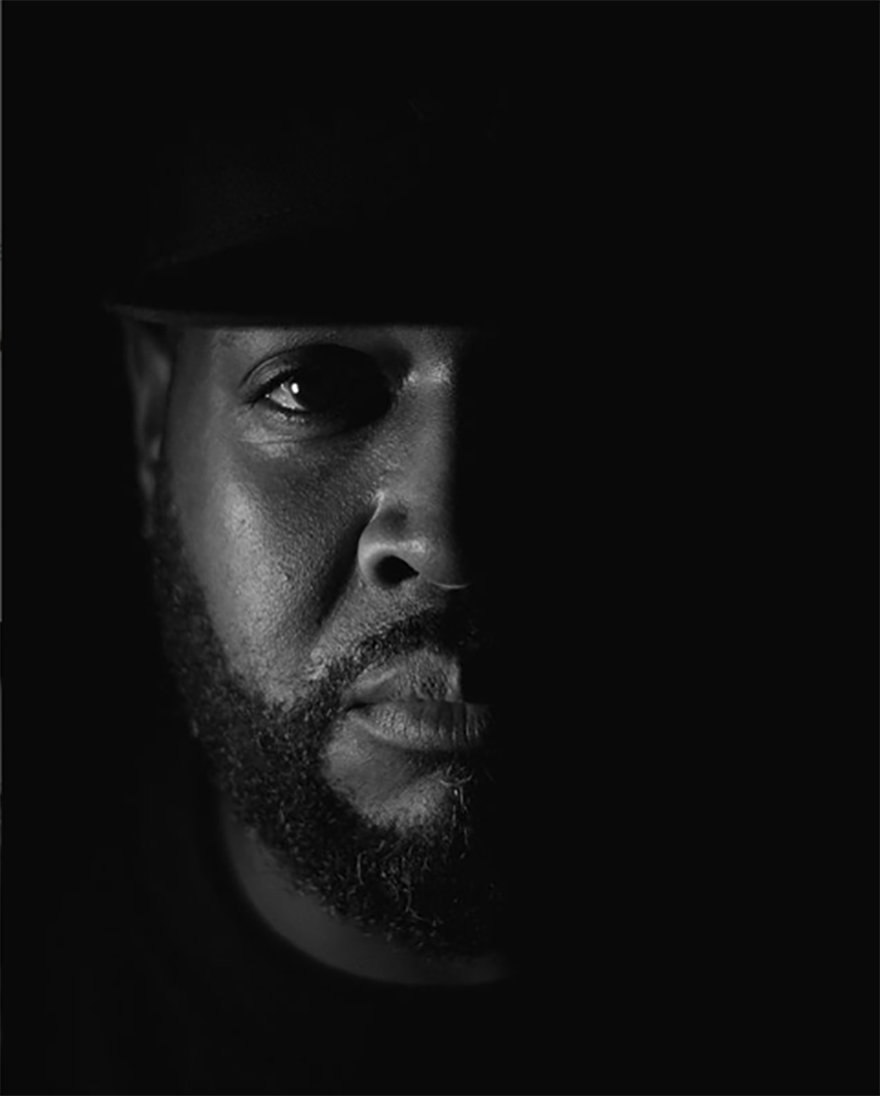 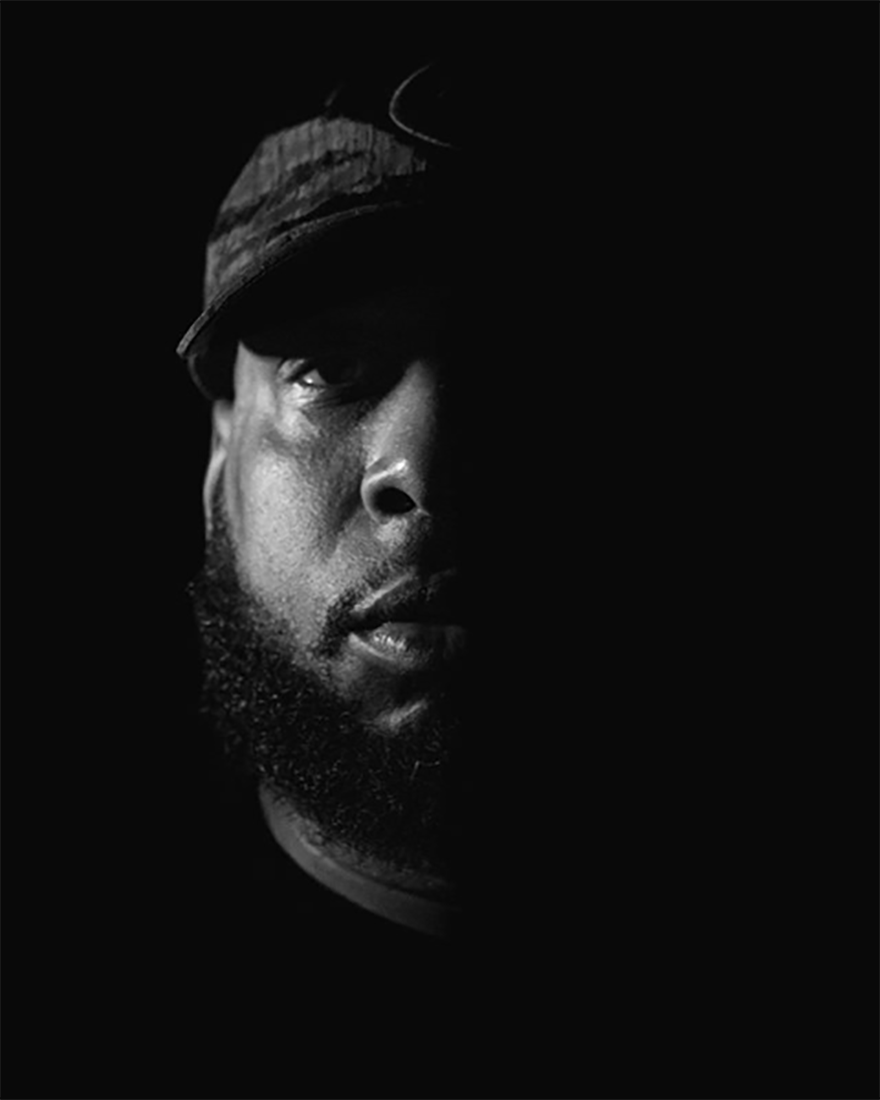 Considering the personalities you have shot, the number of followers on @halfportraits doesn’t seem to add up. Is having a huge following something that you’re concerned about?
I honestly don’t care about a huge following. Numbers are nice, and if that comes through organically, then that’s neat. But otherwise, I’m not bothered about follower counts at all.

Of all the trending photo content available on social media, which is the one type you wish people will stop making?
I’m honestly a little tired of the oversaturation of gifs nowadays. Shout out to @perspecgifs though, Timothy was the one that revived and introduced this technique to a lot of people out here in Singapore and on the Internet. His work still comes out top-notch in terms of quality, concept, and execution. I’m positive he inspired a bunch of people. 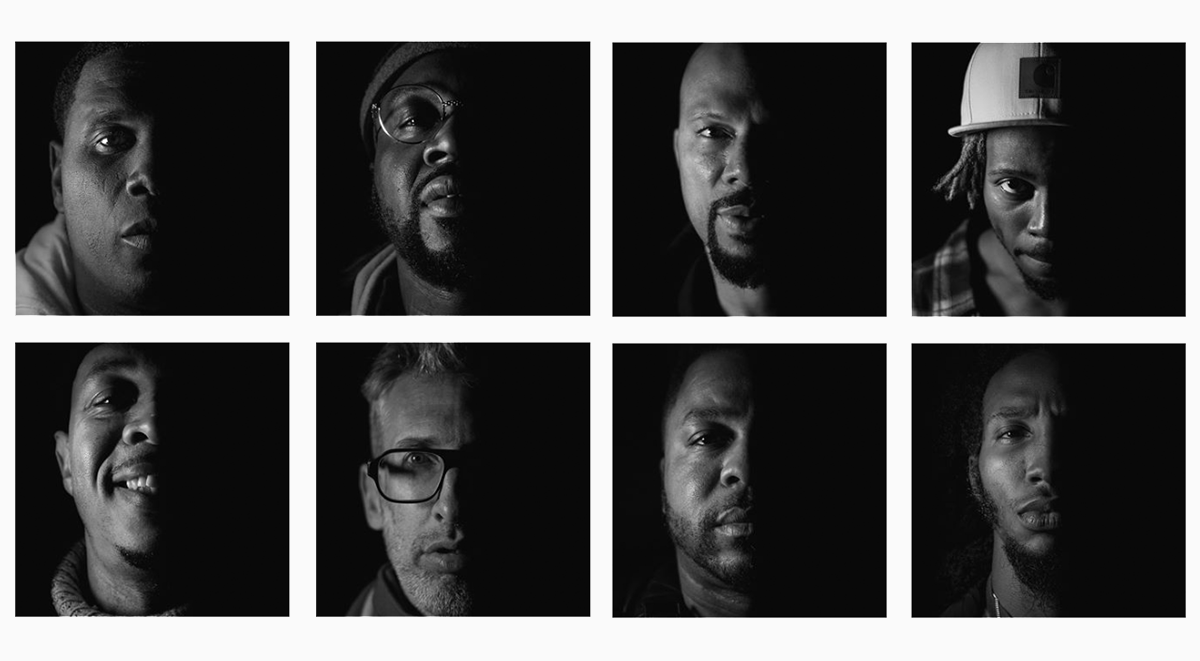 All images courtesy of Ian Lim