2015 saw the release of plenty of sneakers, so it’s only apt that we round up the good, the bad and of course, the ugly among the year’s big releases. No question about it, Yeezy is the language most sneakerheads have been speaking in 2015. The buzz started early on, when the Yeezy Boost 750 was teased and later, unveiled. Sadly, the 750 has received plenty of flak since, with reports of broken zippers and the irrelevance of the velcro strap surfacing. Which begs the question: If Kanye West didn’t have his name attached to this sneaker, would it still sell so well?

The Nike Bruin, first worn by Marty McFly in Back to the Future, has been largely overshadowed by the bigger, cooler, and far less attainable Nike Air Mag. Never mind that the Bruin was more readily available compared to the Mag, or that the Bruin carries 43 years of history. We tip our hat to this classic that slipped under the radar, and would advise you get a pair if you’d be so lucky as to see one floating around. 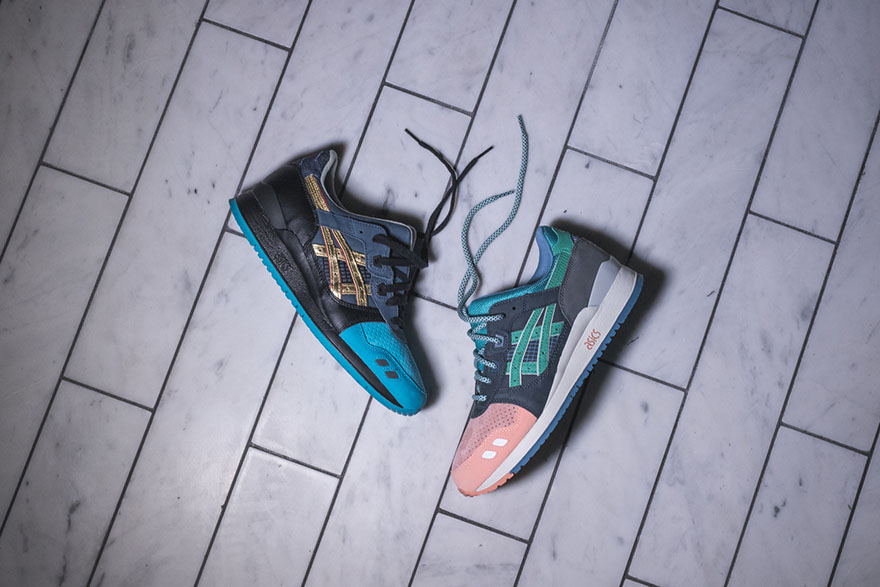 Ronnie Fieg was the chosen designer to cap off ASICS Tiger’s year-long celebration of the GEL-LYTE III’s 25th anniversary, but images of this upcoming release have left us shaking our heads. Rather than exploring new materials or colors, the sneaker mashes up the colors of every previous collab Fieg has produced with ASICS Tiger. Consequently, both sides of the shoe don’t match, making it an utterly confusing pair of sneakers that stands out for all the wrong reasons. This one’s a classic case of a design rationale that sounds good only in theory. With such a rich heritage and large following, it certainly took Converse long enough to update the Chuck Taylor for the modern day sneakerhead. And boy are we glad they finally did. Improved materials, Lunarlon sole and extra padding means the Chuck Taylor’s greatest days are still far ahead of it. As if the Yeezy and the Ultra Boost weren’t enough, adidas gave us more to talk about when it presented the world with the NMD, a completely new silhouette. Inspired by past models: Micro Pacer, Rising Star and Boston Super, the shoe also features a Primeknit upper and Boost cushioning system. We’re handing the NMD the Most Innovative gong because it is best represents how classics from the past, when combined with technology from the present, can create a whole new sneaker for the future. It’s not often that rapper Eminem drops a sneaker collab, but when he does, rest assured that trying to get your hands on a pair is like searching for a needle in a haystack. The Detroit resident opted to release these sneakers via a charity auction, with the top bid coming in at US$30,100 for a size 9 pair. Sneakerheads aren’t new to queues and raffles, but the ability to drop that much cash on a pair of shoes is but a pipe dream for many. GOAT takes the selling of legit sneakers seriously. To prove that it means business, any resale sneaker worth over US$300 will have to first be sent to GOAT for verification to ensure its authenticity. GOAT also pulled off one of the best marketing tactics this past Black Friday, when it put up some super-hype past releases at retail prices. Any sneakerhead would know that sometimes all you need is a second chance, and that’s what made GOAT’s offering so outstanding. 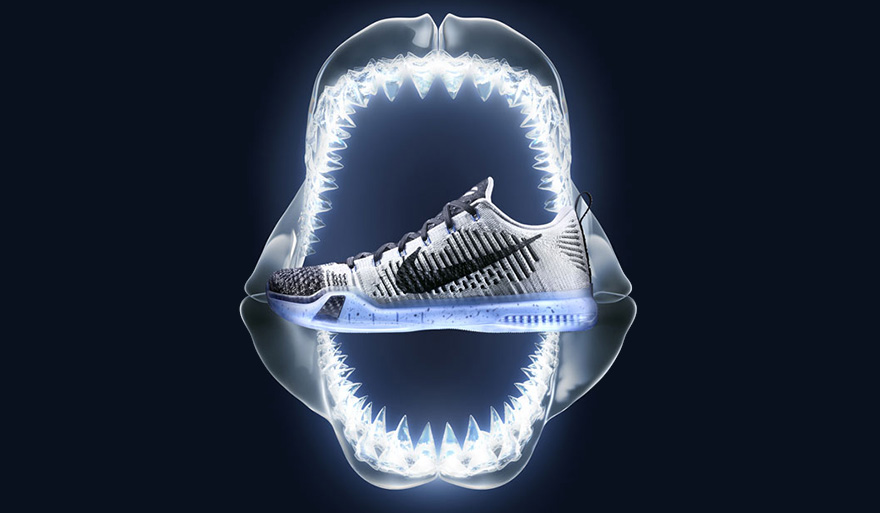 As at time of writing, this version of Kobe Bryant’s signature kicks are fetching an obscene price of US$2,329 on the resale market (source: Campless), meaning that the lucky few who own a pair can expect to make close to a ten-fold profit on these should they choose to resell them. But only 10 pairs of these have been spotted floating around the resale market, so good luck trying to find them. 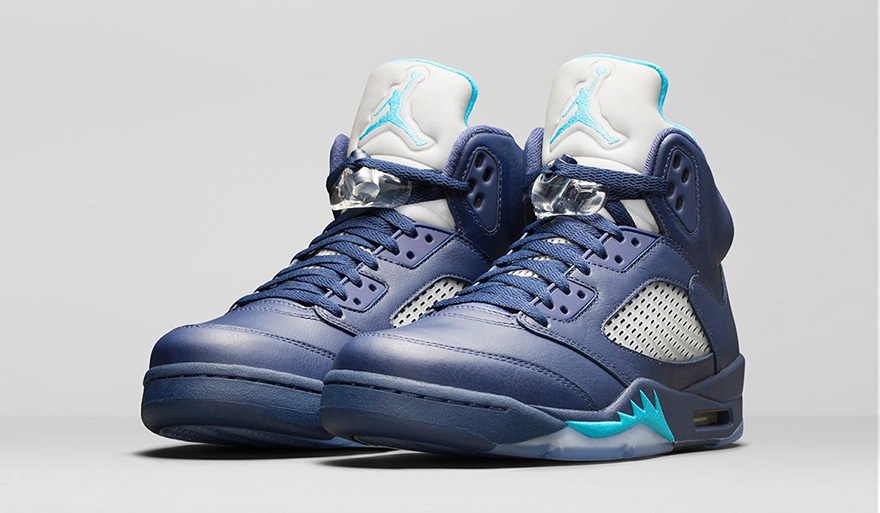 Breaking the myth that all Jordan shoes are cash magnets, the Air Jordan 5 “Navy” raked in a measly average of US$4 in profits for resellers. For the record, it’s not an ugly shoe. God knows we dig the colorway, but given that the Supreme x Air Jordan 5 collabs are at the top of the food chain, the “Navy” has by default been relegated to the bottom. Jacob Ferrato built a steady name for himself by deconstructing Jordans and replacing panels with those made from premium materials like ostrich and snakeskin. This year, he reached another milestone with the creation of his own sneaker silhouettes that are handmade with exquisite materials. It’s a rare feat and a brave thing to attempt, moving from the realm of sneaker customization into sneaker creation, and for that, we think JBF rightfully deserves this award. 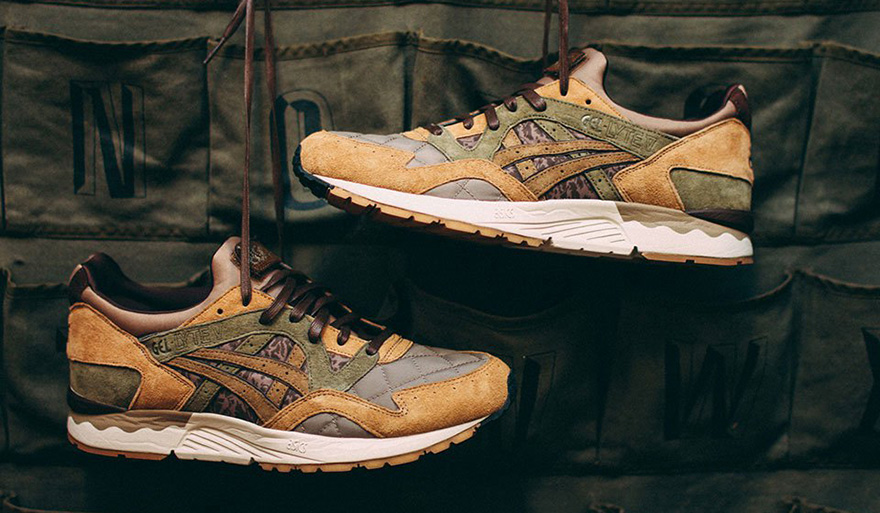 It’s a very close call for Best Collaboration of 2015, but in our books, SBTG’s latest work takes the cake. Here’s why:

1) It boasts a quilted nylon toebox, something we don’t see too often on shoes. This unique feature, coupled with the buttery suede, lends this collaborative piece of work a touch of luxury.
2) The overall design is in keeping with the signature military aesthetics that SBTG is known and loved for, so what you’re paying for is consistency and a piece of art from a studio that has taken well over a decade to hone its craft.
3) Having produced ASICS Tiger customs in the past, this is SBTG’s first official collab with the brand. The favorable reception received so far might just pave the way for more SBTG x ASICS Tiger collaborations.
4) Let’s not also forget that this is the third collaboration between SBTG and Kickslab, and it is testament to how far the partnership between both entities have come along. Memories of the amazing “Buchanan Dog” and “Decker” collabs from 2012 and 2014 are still fresh in our mind, and the “Phys-Ed” is definitely a worthy addition to the team.
5) If you didn’t manage to cop them via Kicks Lab or SBTG’s webstore, don’t worry, because Limited Edt and Leftfoot will be releasing them come January 9th 2016. adidas definitely scored a home-run with the Ultra Boost. Rivaling the Nike Flyknits, these shoes have been lauded by those who have worn them. Sneakerheads we have spoken to attest that “it feels like you’re walking on clouds”, and we can’t say we disagree. The Boost midsole has proven itself to be a cut above standard EVA foam, and with new colorways dropping every now and then, expect to see more iterations of the Ultra Boost in 2016.

Is there a particular sneaker that you think should be included in the Sneaker Awards? Drop us a comment below!