Fresh from her stints in Japan and Korea, Stephanie Hans comes to Singapore for the next stop in her journey as a nomadic comic book artist. 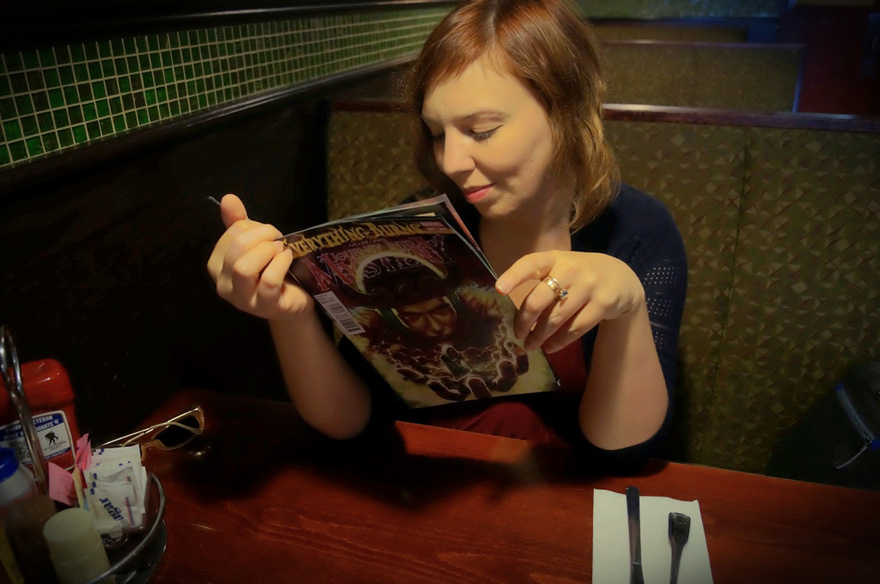 Throughout her decade-long career as a comic book artist and illustrator, Stephanie Hans has created artworks that embody the strength and beauty of female comic book characters. We walk down memory lane with her and find out what she’s up to next.

What’s your earliest memory of comic books?
My mother used to leave me at the comic book section of the supermarket when she was doing grocery shopping, only picking me up when she was done. My father used to buy a monthly magazine titled Strange. In it, there were three issues of translated and edited Marvel comics — New Mutants, maybe Iron Man and also the West Coast Avengers. I used to steal this book to read New Mutants, because I was a fan. I have to thank my father for his huge collection of pulp and cheap science fiction hidden in the basement.

At what point did you start to get recognized for your work?
I think working for Marvel was really the breakthrough I was expecting. But my work on Journey into Mystery was where I found my real path and where people started to associate my name with comic book art. How did you develop the knack of putting together the medieval outfits for some of your comic book characters?
I actually really love character design. I wish I could do more. Due to a role-playing history, I have a very good collection of reference books about costumes and armors. I love to use them.

You’ve illustrated a number of female comic book characters. What elements do you try to include in such works?
For me, the most important thing is the story. I want to tell the story the best way possible. I don’t have anything against sexy characters if it’s in the script but don’t expect me to sexualize characters for fan service only. I love strong characters. Till date, which is the most difficult character to illustrate?
I don’t really think any of them are easier or more complicated. Once I am in it, I am in the storm and I only think about deadlines. I am a stressed person.

Is there any character that you really want to officially create a piece of cover art for someday?
Lots. If I can, I’d like to do a cover for each and every single one of them, but of course there are a few that I want to work on more. Elektra, Rey from Star Wars, Wonder Woman and Batman are at the top of my list. Being a comic book artist must be pretty fun, but what’s the toughest part about the job?
Deadlines, self-depreciation, solitude, procrastination and stress. You have to learn to live with it. It never really goes away.

Speaking of deadlines, how fast have you been able to complete a cover art?
Once, I did three cover artworks within a single weekend. 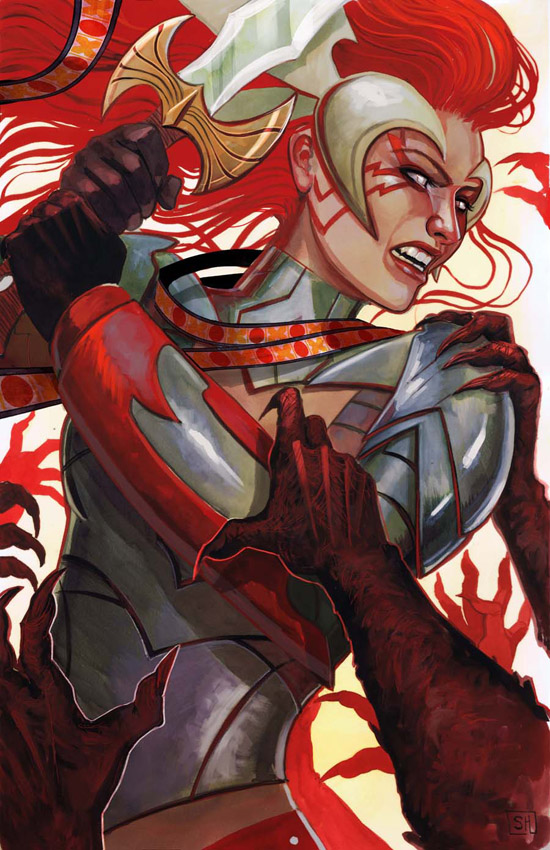 Having worked for Marvel, DC, Dark Horse and IDW, what has the comic book industry taught you as an artist?
Be good at what you do, be dependable, never miss a deadline and be an attentive collaborator.

Could you share some details about any exciting projects that you are currently working on?
Unfortunately most of them are huge secrets. But I can tell you that I just finished a one-shot for The Wicked and The Divine, I am doing the covers of Alien Defiance for Dark Horse and a special arc of Deadman for DC Comics. I also have interior work lined up until the end of the year.

Stephanie Hans will be in town for the Singapore Toy, Game and Comic Convention (STGCC) 2016, held from September 10th to 11th at the Sands Expo and Convention Centre, Level B2, Halls E and F.

This interview with Stephanie Hans has been edited and condensed. Images via STGCC.