This month’s movies are by no means epic, but that’s because everyone’s gearing up for May’s summer blockbusters. Still, we found some films that will tide you over, like, Noah (no pun intended). 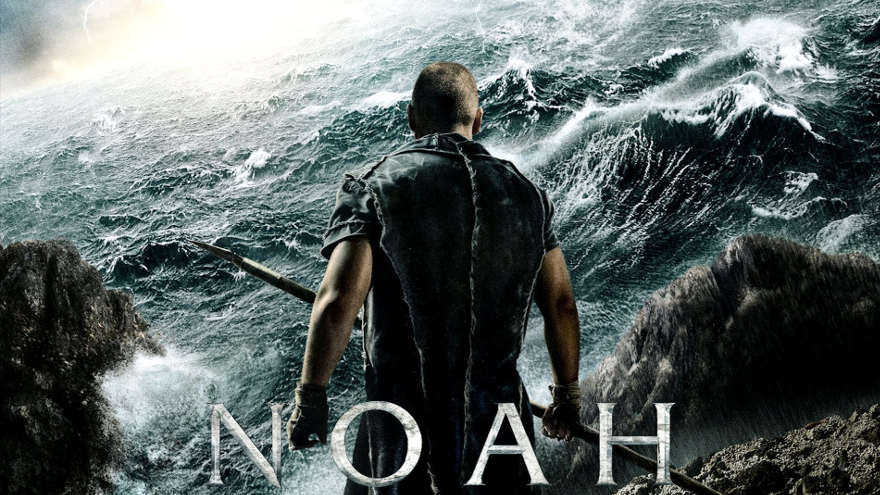 It takes cojones and a high level of conviction to make movies based on religious allegories. There’s always a high chance your film won’t sit well with some country or religious institution. For instance, Indonesia has already banned the screening of Noah, citing that it may mislead people.

Come hell or high water, director Darren Aronofsky stands by his film. He believes the story of Noah is a cautionary tale that, religion aside, carries a strong environmental message. Noah is a re-telling of what happens in the Bible: God gets angry with the wickedness of man and decides to flood the world, leaving only Noah (Russell Crowe), his family, and a pair of each animal on Earth alive. To survive the flood, Noah builds a gigantic ark. In this movie, he also faces enemies in the form of other men who are intent on putting a stop to his plan, but we all know what happens at the end. 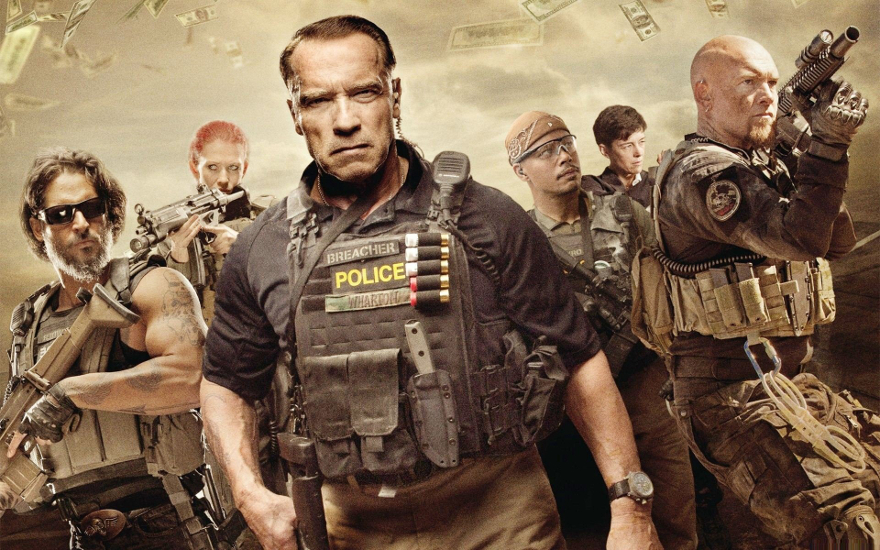 The Governator is showing no signs of retiring from showbiz; he stars in a slew of movies coming up over the next two years. Arnie’s Sabotage co-star Sam Worthington, who’s unrecognizable in this movie, will also be busy with not one, but three Avatar sequels spanning the next four years. Good on him, since he remains best known for his role in Avatar anyway.

In Sabotage, Breacher (Arnold Schwarzenegger) leads an elite DEA task force that takes down drug cartels. After a successful raid on a cartel’s safe house, the team is mysteriously taken down, member by member. Expect lots of bullet-pumping action as Breacher tries to figure out who’s the snitch in his team. 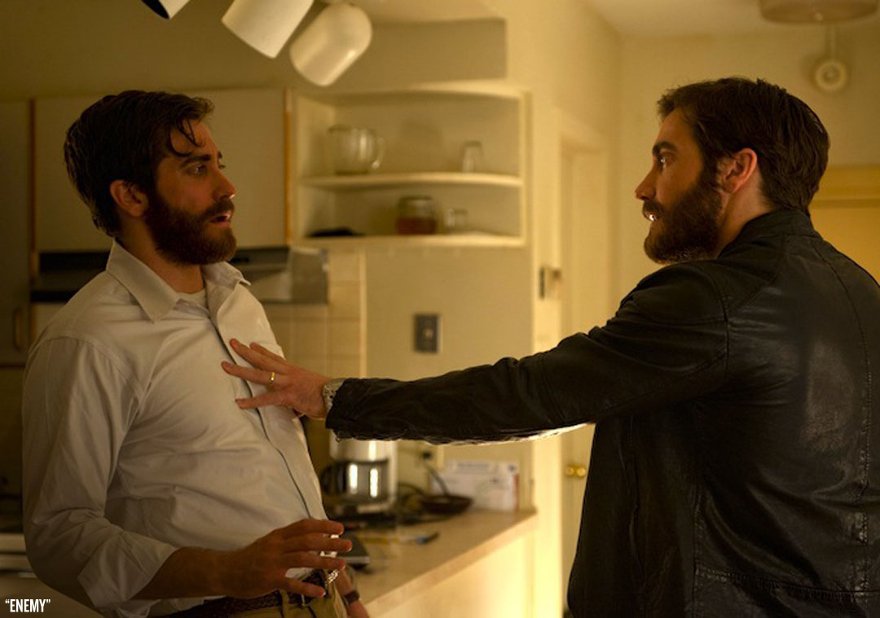 With over 7 billion people on Earth, it’s hard not to imagine the existence of a doppelganger somewhere out there. Even celebrities have been attributed to various lookalikes from the past. It’ll be pretty cool to hang out with our doubles, unless they’re the kind from Denis Villeneuve’s latest offering, Enemy.

This is Jake Gyllenhaal’s second time working with director Villeneuve, after last year’s tension-filled thriller Prisoners. Gyllenhaal takes on multiple roles, interchanging between history teacher Adam and actor Anthony. Both men are carbon copies of each other, even sharing the same scars, but differing greatly in personalities. Their lives intertwine and even their significant others, Adam’s girlfriend Marie (Mélanie Laurent) and Anthony’s wife Helen (Sarah Gadon) get embroiled in this identity crisis.

Sounds like a great film, but no one benefits from this more than Gyllenhaal fangirls – not one, but two Gyllenhaals. Go crazy! 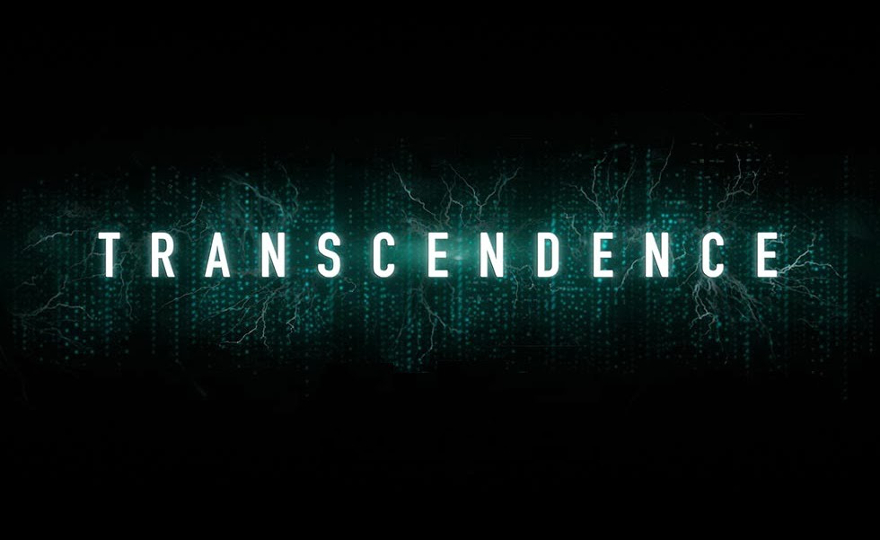 In this modern age, it seems like we’re always playing catch-up with technology. Artificial Intelligence has also developed to the point where they’re making decisions for us – just think Siri and virtual assistant peers from various smartphone companies. It’s scary to think that one day we might be slaves to these invisible forces.

In Transcendence, Johnny Depp trades in his quirkiness for a sombre performance as Dr. Will Caster, a researcher whose ultimate goal is to create a sentient machine that combines Artificial Intelligence with human emotion. Dying from radioactive poisoning thanks to a laced bullet from anti-technology extremists, Caster’s mental being is transcended into the digital world with help from his wife Evelyn (Rebecca Hall). The consequences are dire when Caster becomes power-hungry and goes on a rampage in the physical realm. 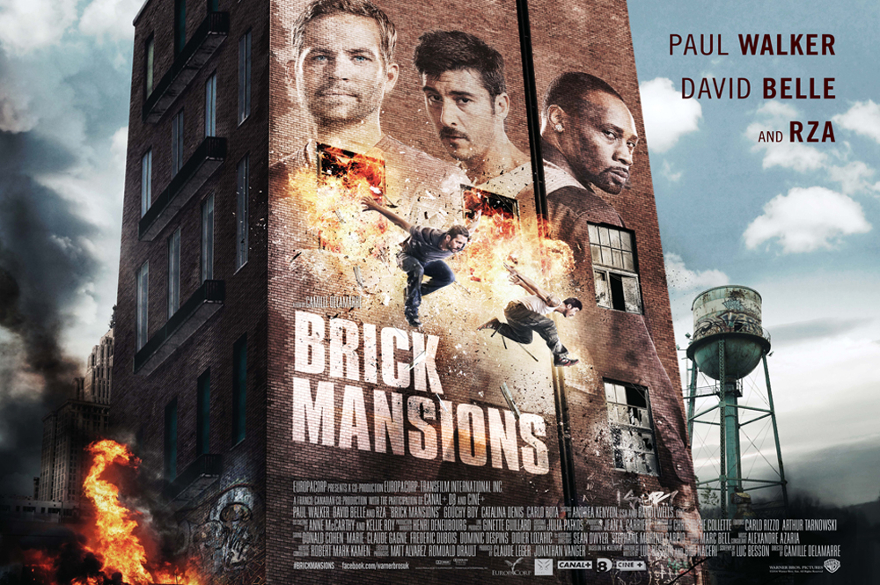 Despite his death late last year, we’ll be seeing Paul Walker on the silver screen in Brick Mansions. But that won’t be the last of it – he’ll also star in the upcoming Fast & Furious sequel (body doubles and CGI will be used to fill in for Walker).

Brick Mansions is a remake of the French action film District 13 and is set in Detroit, where brick houses have become homes to dangerous criminals. Unable to cope, the police have cordoned off the area from the rest of the city. A neutron bomb in the hands of the villains threatens to decimate the city, and cop Damien (Paul Walker) is sent undercover to set things right, with the assistance of ex-convict Lino (David Belle). There’s plenty of Parkour skills involved in the action scenes, and this comes as no surprise, given that Belle is the founder of Parkour.