A chance encounter with poké while holidaying in Hawaii led two couples to bring the traditional fish salad dish to the shores of Singapore. Thanks to a good mix of raw fish, greens and sauce, there’s no lack of flavor for this poké

“What in the world is poké?”, you ask. This mainstay of Hawaiian cuisine is a raw salad that traditionally consists of cubed raw tuna chunks mixed with greens and other condiments such as sesame oil and soy sauce. Given its place of origin, it’s clear the poké is heavily influenced by Japanese cuisine, sometimes to the point of being dubbed the “new sushi”.

Inspired by the poké that they enjoyed on a trip to Hawaii, the owners of Aloha Poké set about creating their own iteration of the popular dish and perfecting the recipe, before finally setting up shop at Amoy Street. 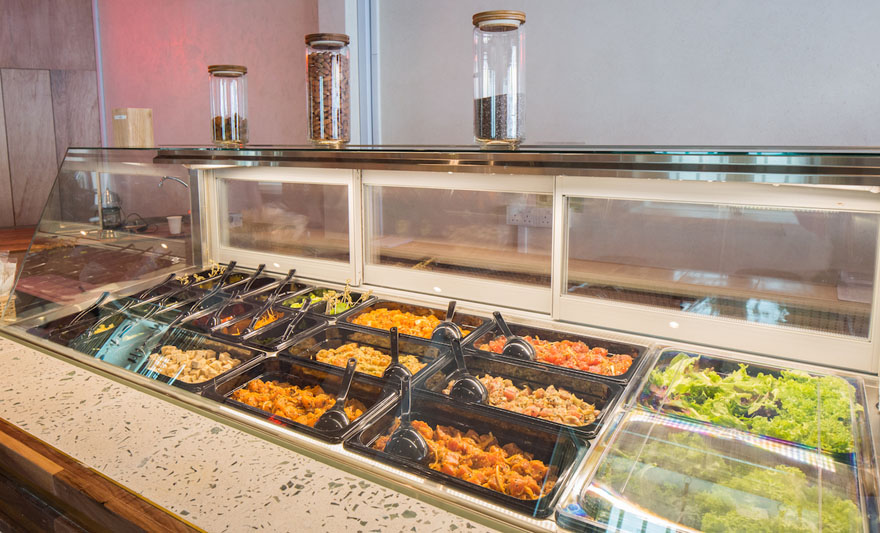 They also roped in Chef Michael Yonathan, a trained sushi chef who has worked at prestigious establishments like Capalla previously, to take charge of kitchen duties and day-to-day operations. If you find him a tad familiar, it’s probably because he was also a Top 5 Finalist in the first season of Hell’s Kitchen Indonesia.

Every inch of space inside Aloha Poké is decidedly Hawaiian, from the light and airy atmosphere to the wooden furnishings. It’s self-service over here, so grab an order chit and tick away.

While the traditional poké is served with yellowfin tuna, Aloha Poké throws in several other options as well – salmon for local tastebuds, seasonal fish handpicked by the chef, and tofu for vegetarians. The raw fish can be enjoyed with either original, wasabi mayo or spicy flavors, while the tofu comes doused in nutty sesame sauce. Each poké bowl comes with an assortment of fruits and vegetables, along with a choice of white or brown rice. We’ve heard that gym rats and health nuts pop by for their daily fix of protein, so leave those calorie-bursting worries behind.

We recommend ordering at least the Standard Nalu, which comes with two generous scoops of delectable fish cubes. That way, you can have the best of both worlds (i.e., a serving of tuna and salmon each). Be sure to give the ingredients a good toss before digging in to ensure that every spoonful contains the right mix of meat and vegetables. 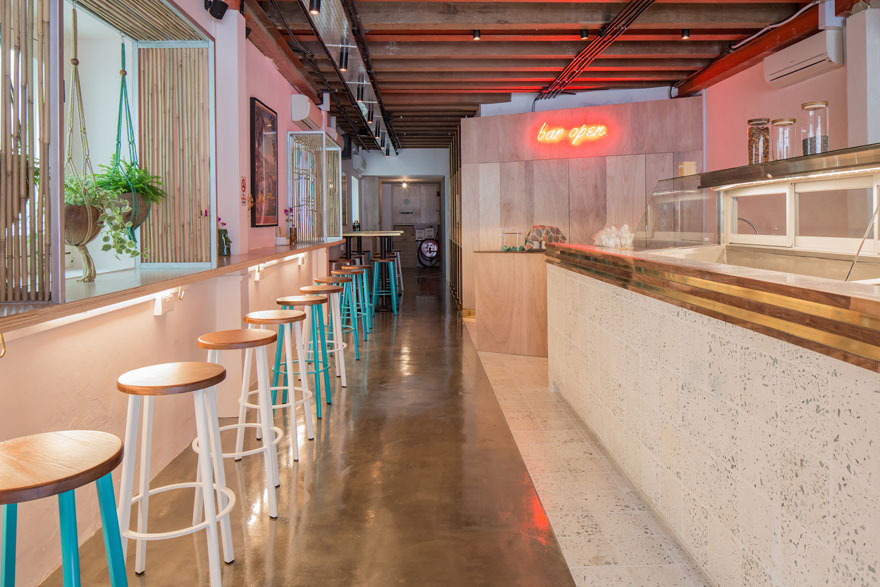 Swing by the tiki bar for some swell cocktails, when it opens later this month

In true Hawaiian fashion, Aloha Poké serves up fresh coconut water from Cocoloco and cold-pressed juices to cleanse the palate. They will also be opening a tiki bar within the premises sometime this month, catering to the after-work crowd who need a solid drink or two to accompany their meal.