Toys are meant to be played, not stored. That’s Fok Wai Kit’s theory, and the reason why he buys toys. We drop in to his home for a playdate. Be prepared to feast your eyes on nostalgic toys from the 80s! 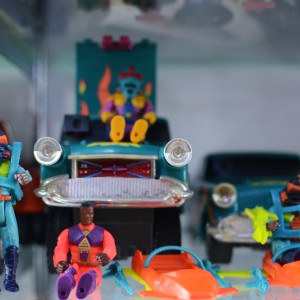 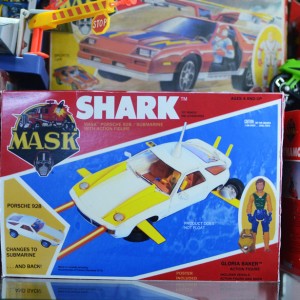 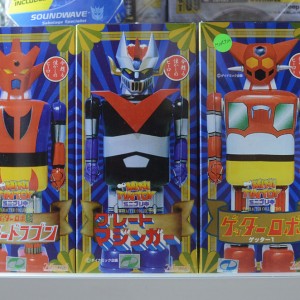 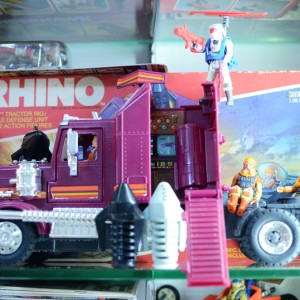 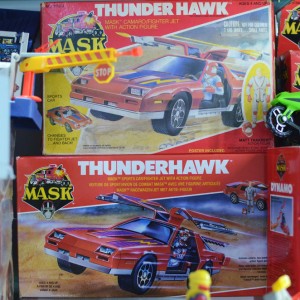 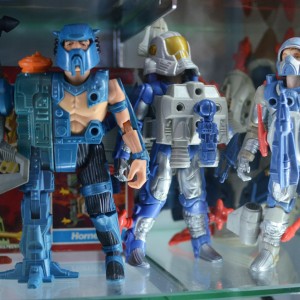 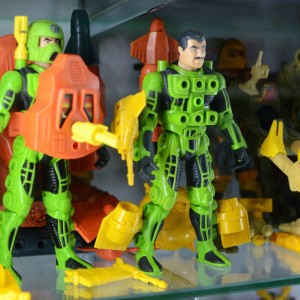 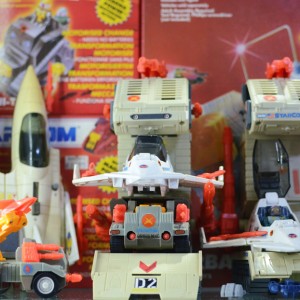 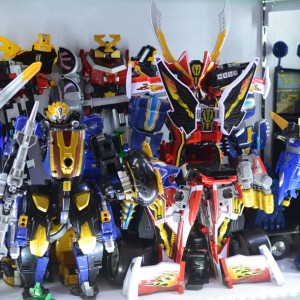 How did you first get into toy collecting?
It was sometime in 2004, I was walking in Orchard Cineleisure when I chanced upon a toy shop. What caught my attention was this Subaru Impreza WRX that could transform into a robot. I liked it so much that I bought it on the spot. Later I found out that it belongs to the Transformers Binaltech, a series of modern day cars that can be transformed into robots. I started to do more research and collecting more of them.

How many toys do you own in total?
I haven’t actually counted, but I have a bedroom where I store my toys. It looks more like a warehouse than anything else. I stack my toys from floor to ceiling, so judging by the dimension of each item in a box, I would say I have no less than a thousand toys. You were collecting Iron Man figurines before you turned your attention to collecting 80s toys instead. What inspired this transition?
I like robots and Hot Toys: Iron Man falls into that category. However, after buying the first eight figures, with the first one produced not more than two years ago, I discovered that these Iron Man toys have serious quality issues. Problems like having parts that disintegrate easily and fading paintwork (read about the “pink panties” issue some collectors experienced with the MK3). I did a mental comparison with the toys I used to play with as a child, and realized they tend to remain in good condition for years.

Coincidentally, one day, someone on Facebook was selling M.A.S.K. toys from the 80s and a feeling of nostalgia came over me. Having been fresh out of a bad experience with the Iron Man toys, I decided to buy the guy’s collection. Unfortunately, by the time I contacted the guy, he was all sold out. I noticed someone in the comment thread of his post was trying to sell or trade off his huge collection of Starcom, M.A.S.K., Visionaries and Centurions, so I got in touch with him and traded 11 of my Hot Toys: Iron Man figures for his lot of toys! 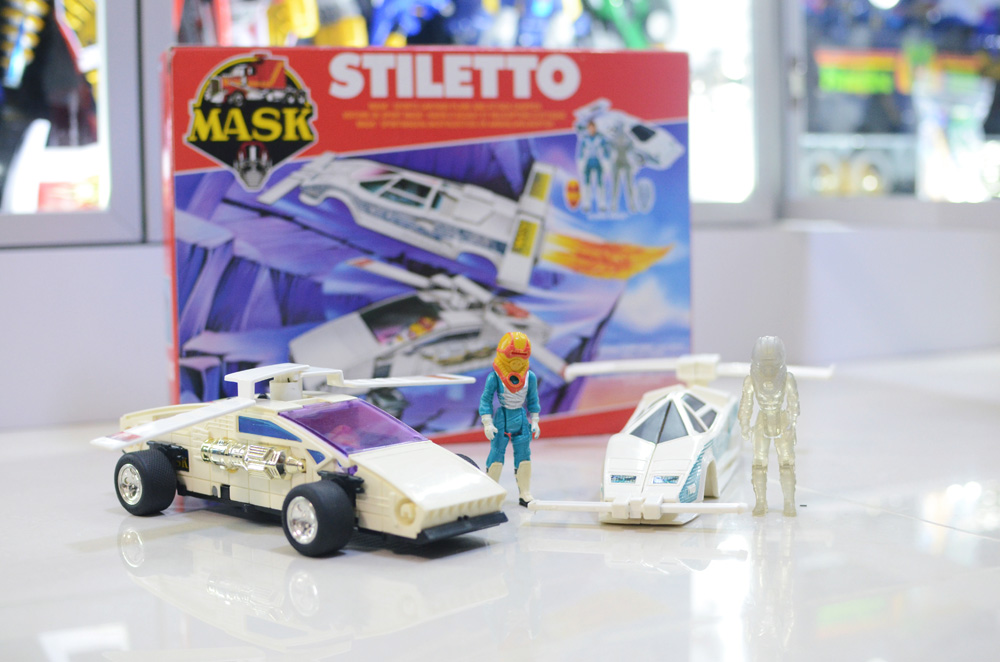 How long have you been collecting 80s toys for?
I only really started collecting 80s toys from November last year. But I’m an aggressive collector and an impatient person, so I buy up whatever I can get my hands on to complete whatever is missing from my M.A.S.K. series. I give my M.A.S.K. series first priority as it has always been something I’ve wanted to own since I was a kid.

What was the very first 80s toy you bought?
The first one was the M.A.S.K. Raven, a corvette that can convert into a seaplane or submarine. It can shoot spinning red buzzsaw-like discs. I got it from a guy whom I got to know in a Facebook group for S$85. Do you think your military background has influenced your interest in military-inspired cartoons and toys?
Nope, not at all, it was motivated purely my interest in toys. In fact, it could be the reason why I got into the military.

Which are the most valuable pieces in your collection?
I think it’s the M.A.S.K. Laser Command. It was probably the last to be produced in the toy series, and it was very advanced for its time. It makes use of infrared technology similar to that which is found in present day TV remote control to activate the special effects. One of the toys can convert into a plane, which can project an IR beam onto a truck. When the truck detects the IR beam, it will pop its bonnet and eject its wheels to simulate the effect of an explosion. The toy itself is already so rare, and yet I managed to get it in a mint box with unapplied stickers and styrofoam inserts, which is rarer! You’ve made it a point to acquire multiple quantities of many of your toys. What is this reason for this? Any plans to put them up for sale in the near future?
I plan to display each model in its disguise mode and its defense or attack mode. As these are vintage toys, its helps to have extras so I can use them as spare parts in the event one gets broken. Also my son gets to trash the extras. I doubt I’ll be selling my toys for the moment. I’m more of a collector, not a reseller.

How do you care for and store your collection?
I custom built a cabinet that allows very little dust to enter the display. Also, I put them away from direct sunlight so it doesn’t get exposed to UV rays that can cause the white parts to turn yellow. 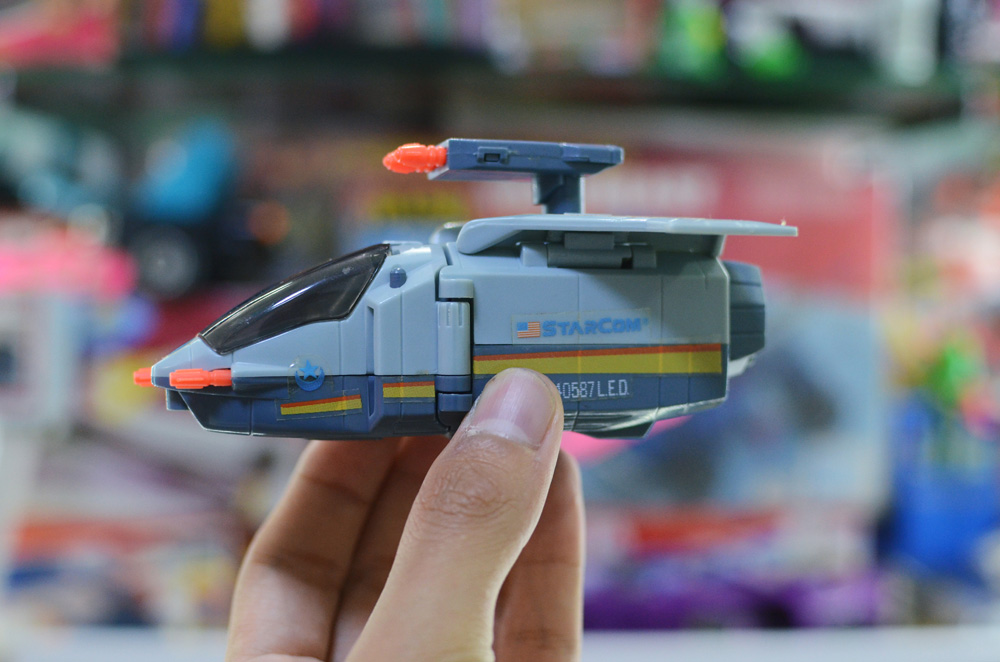 What about toy collecting excites you?
It brings out the child in me and allows me to connect with my children. We spend many evenings playing with the toys. We have fun with role-playing adventures and storytelling. This I do not see happening in many families. Nowadays, it’s all digital. The kid goes home and gets online and so do the parents. There’s no communication even when they are a few feet apart. They spend time together looking down at their electronic devices. And when they laugh, they laugh alone. I don’t wish for my family to be like that. I want my children to grow up with the memory of squealing in delight when I bring a toy down from my cabinet and turn it into an adventure for them. They know my toys are expensive and they know that I love them enough to take them out to play, and I want them to know that toys are meant to be played and they are for bonding. Even my daughter wants to play with the Fortress Maximus as I’ve made it a girl thing that can become a castle for a princess’ adventure.

Now that you’ve completed most of the M.A.S.K. series, any plans to expand your toy collection?
Since I have the basics, I’m now moving on to the variants. There are variants from Argentina, Canada, and Europe. So far, I have completed the European variants of the figures. If I have the time, I might move on to some of the boxed versions in different packaging or just the vehicles in variant colors. Concurrently, I’ve also completed the vehicles from the Starcom line, and in multiples too. I’ve managed to complete the Visionaries line and also the Centurions from the earlier series. But in order to expand my collection further, I’ll need more display cabinets. 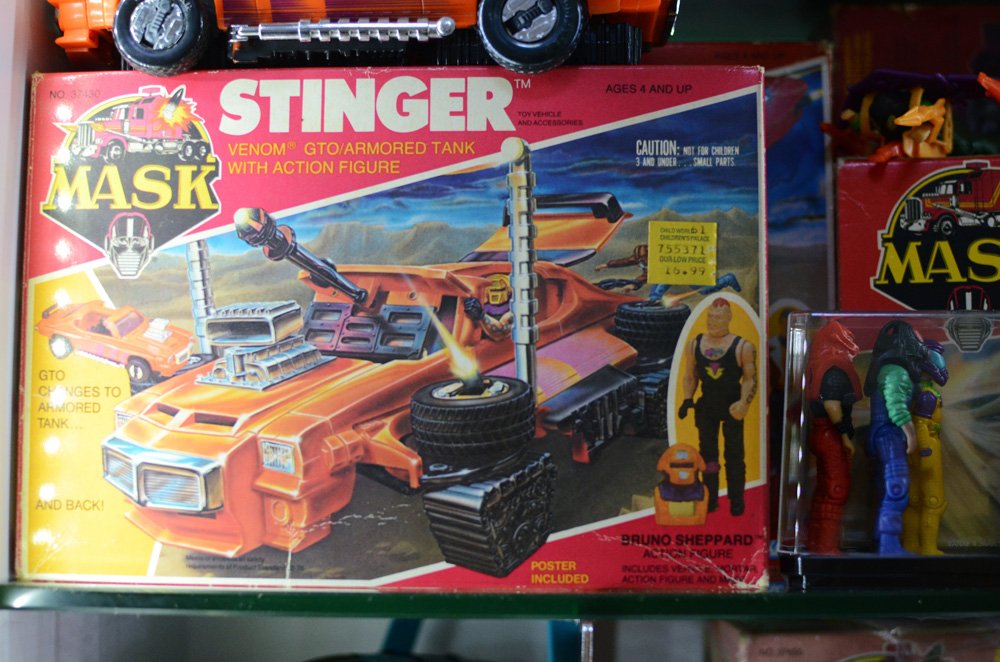 Your son must be very lucky! Does he take a keen interest in toys like you do?
Oh yes of course! He goes around telling his friends the toys he has. But he told me his school mates gave the puzzled look whenever he mentions names of toys or toylines from the 80s. But he knows they are vintage, so he told his friends, “These are toys your papa played with when he was your age.”

What do you think is the future of toys now that kids these days have more sophisticated playthings and gadgets such as phones and tablets? Do you think toys will become just collector’s items for adults rather than actual playthings for children in the near future?
You can’t take an iPad and hurl it through the air or bring it into the pool and turn it into a submarine. While the toy offerings have diversified, it will still be a medium for kids to perfect their hand-eye co-ordination as well as their motor skills. There will always be collectibles but I’ve moved away from that. Toys are meant to be played with, not kept in a box to collect dust.

What do your friends think of your collection?
So far none of my friends who are into toys have seen the toys I have yet. I just moved here a few months ago and my place isn’t really ready to for a gathering just yet. But they’ve had a glimpse of my collection through the pictures I put up and they can’t wait to come and play.