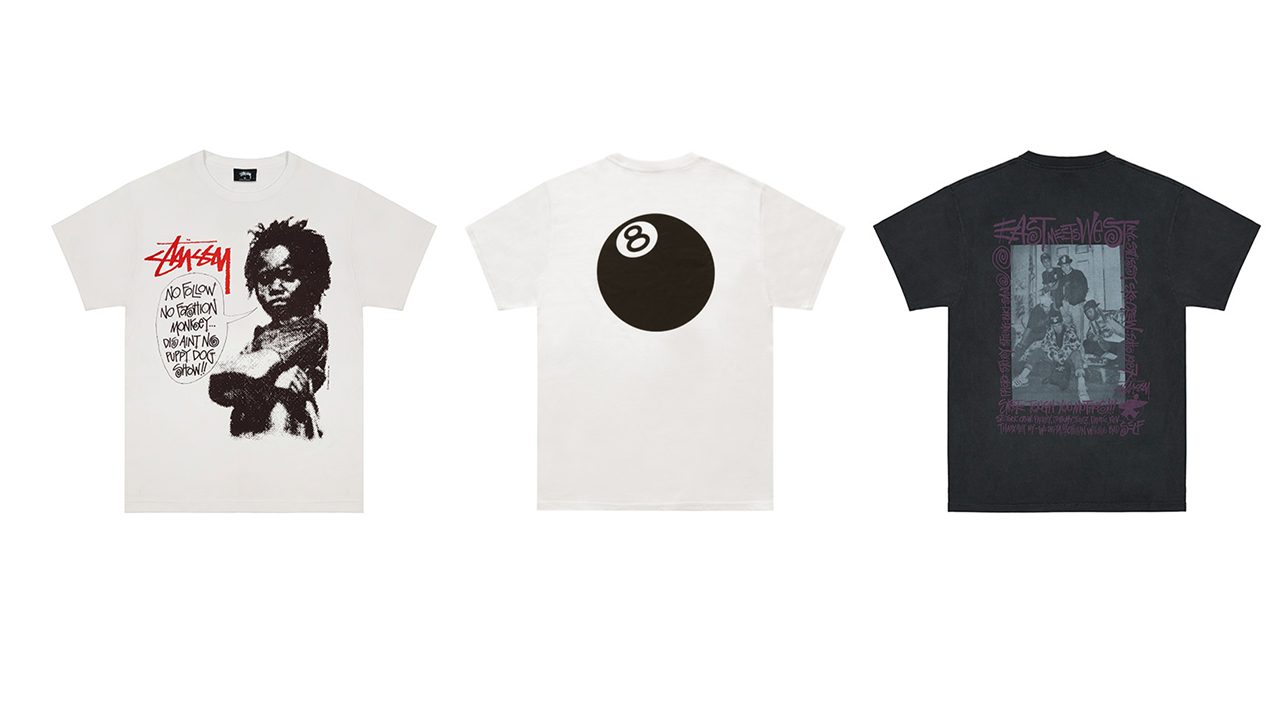 Stussy is re-releasing a number of vintage t-shirt designs from its archive along with two Stussy x Dover Street Market t-shirt collabs.

The reissue commemorates the release of the brand’s book, An IDEA Book About T-Shirts by Stussy. The book features an essay and interview by filmmaker Ari Marcopoulos and imagery by iconic photographers such as Terry Richardson and Willy Vanderperre.

The brand will also be releasing two Dover Street Market t-shirt collaborations. As with all DSM collabs, the t-shirt will feature the store’s branding as well as Stussy’s.

The collection will be available both online and in-stores at Dover Street Market Singapore on Friday, August 25 at 11am (GMT+8).

Check out more t-shirt designs below: