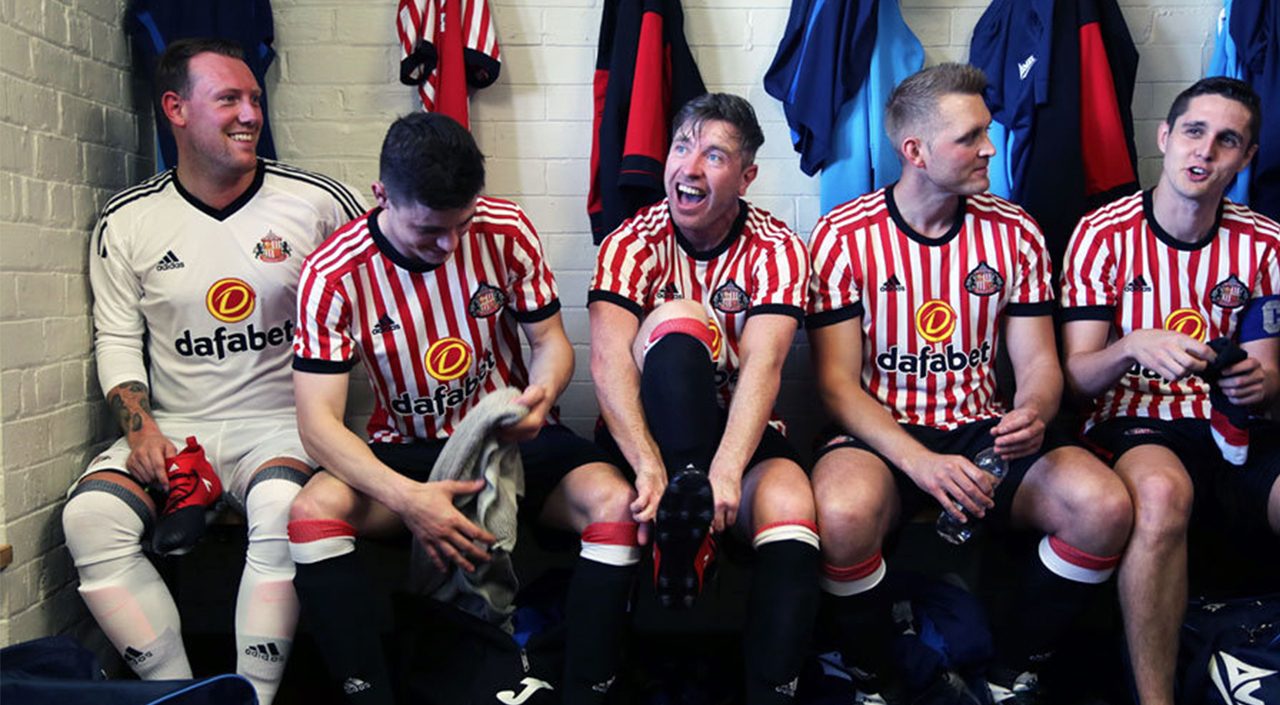 Sunderland AFC takes cues from its predecessors with a pinstriped jersey.

Sunderland’s new Adidas home kit will come in a striped red and white colorway, inspired by vintage shirts from the 1880s. The kits will be paired with black socks and Adidas ClimaCool shorts to both complement the look and keep players dry during strenuous activities.

According to Sunderland, the pre-ordered jerseys will begin to ship out beginning Thursday, June 29. The jerseys will go on sale several hours after that.

In the meantime, watch the big reveal on Facebook here.