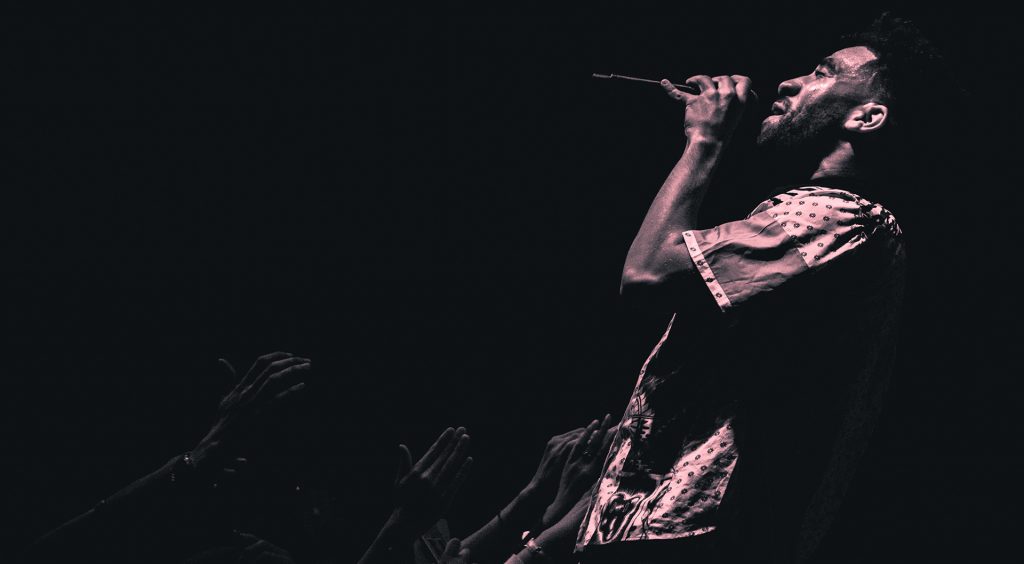 SuperDuperKyle performing in Singapore for the first time.

Before KYLE held his first ever show in Asia in Singapore last Friday, we had the chance to have a chat with the rapper.

Rapper/singer SuperDuperKyle, also known as KYLE, has had a wild 2018. Last year, he released his first album Light Of Mine which consisted of hits like “iSpy” (featuring Lil Yachty), “Playinwitme” (featuring Kehlani) and “ShipTrip”. He also starred in his first ever movie, a Netflix special titled The After Party.

It’s early into 2019 but KYLE shows no signs of slowing down. Last week, he kicked off his Australia and Asia tour, which brought him to Singapore, where we met. We asked KYLE about his year past, touring Asia for the first time and of course, his sneaker and ice rotation.

“I’m still very much in touch with my inner child. Something that reminds me of where I came from, you know? I never want the inner child in me to die.”

You’ve had an epic year last year. What has been the highlight of 2018 for you?
I would say either me playing Coachella for the first time, that was just crazy incredible experience. Or, I would say definitely when my movie (The After Party) came out I literally cried watching it at the premier. I cried for like a minute straight. You go to the movies all the time, watch all these people, Denzel, Will Smith right, and I was up there on that screen. It was so crazy.

Did you ever expect to go into film?
Oh, no way! When I first moved to LA, I hella tried auditioning for everything, bro. NWA movie (Straight Outta Compton), didn’t get that. A couple of movies, tried them all, didn’t get any of them and for a second I was just like, “I wanna be in a movie one day I just don’t know when it’s gonna happen”. The After Party happened and it was kind of surreal, because not that I had given up on acting, I just didn’t see a light at the end of the tunnel there for a moment, you know what I mean? And then when I got that opportunity, it almost came at the perfect time. 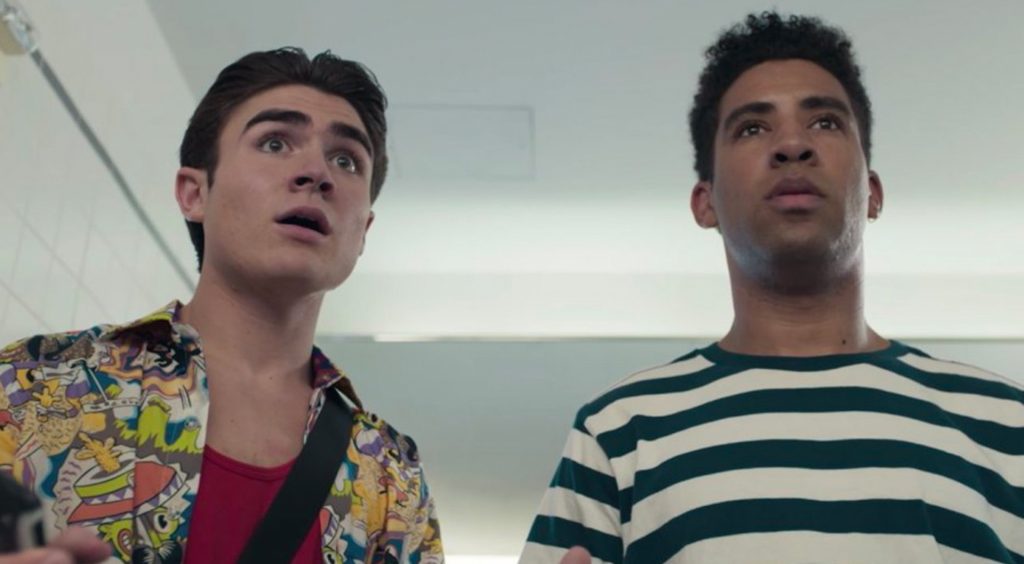 KYLE starred in his first movie over the summer in the Netflix special, The After Party.

It’s your first time to Asia and Australia, how does it feel to be performing on the other side of the world?
This is one of the most insane experiences of my whole life. Like, being in a movie, playing Coachella, being born, being in Asia doing shows. It’s always wild to me when I’m in a place where it’s a totally different culture and some places where it’s a totally different language. I have a show in Japan and they don’t speak a lick of English in Japan. I went to France right, and they don’t speak much English there either but I’m seeing these people saying the words to these songs and I’m like, “How?” It’s crazy.

At your live shows, and hopefully tonight, you literally crowdsurf with an actual surfboard. What sparked this?
I’m from Ventura, which is like this city by the beach type vibe, it’s in SoCal, very “surf’s up” type place. Some of the best surfers in the world come from Ventura and I suck at surfing. I am so trash, but I really wanted to represent where I’m from and one of the coolest ways of doing that would be crowdsurfing with an actual surfboard. This is me just trying to rep for my town.

Ever since your earlier days as a rapper in 2012, from K.I.D to KYLE and now SuperDuperKyle, you’ve been referencing cartoons and animated movies in your tour posters and things. Can you explain your love for cartoons?
You know, it’s just my childhood. When I think about A Goofy Movie I think about the end of it and there’s this song that goes like: “Ooh, and it’s alright and it’s coming along/We gotta get right back to where we started from/Love is good…” I remember watching that movie as a little kid and that song came on and my mom and I would be dancing to that song. It’s just my childhood; all those cartoons, anime stuff – Dragon Ball Z, Pokemon – these are all the stuff I grew up on. I’m still very much in touch with my inner child. Something that reminds me of where I came from, you know? I never want the inner child in me to die.

Speaking of cartoons, congratulations are in order for Sugar & Toys too. What does it feel like to finally have your own cartoon and be so involved in the creation of it?
Honestly, to be able to work with Carl Jones and everybody else involved who were part of things like The Black Dynamite, The Boondocks, you feel me. Right there, that’s some legendary shit that I grew up on, so being able to collaborate and produce with them, it’s crazy. It’s wow to me, to be 25 and having the reins on an incredible TV show. I really hope one day in my life, Final Fantasy will collab and put me in a Final Fantasy game. If they do that, I’m good. Probably going to retire and you will never see me again. Taken from The Boondocks.

“I went to France right, and they don’t speak much English there either but I’m seeing these people saying the words to these songs and I’m like, “How?” It’s crazy.”

We noticed you’ve acquired a few more pieces of jewelry recently. Pretty sure this is a new piece [referring to KYLE’s iced out Game Boy necklace].
It’s my first piece of, whoa, ice, you feel me? Like proper ice. I’m not an ice person, you know. But it’s ’cause I dropped this song “Hey Julie” with [Lil] Yachty and he got so many fucking chains and you know what I mean bro, I gotta at least be in the same conversation. He’s just got too many of them shits. I can’t make a song about jewels with Lil Yachty and not have some [ice on me].

Between you and your best friend, SuperDuperBrick, who has a better kick and ice game? Is there any sort of friendly rivalry behind the scenes?
Bro, my kicks and my drip are so much crazier than Brick’s, are you kidding me dawg? It’s not even a competition. He may think it’s a competition but bruh it’s not. I’ve got way more. Brick if you’re reading this right now dawg my drip is insane.

Now it’s time for you to ultimate flex, what’s on rotation for you now
Well right now I got a pair of retro Mickey Mouse Vans pair and I have my favorite pair of vans right now. They’re the glittery pink and red Opening Ceremony collab with Vans. Fuckin’ epic. It’s glitter Old Skools and they come in pink and red, blue, red and silver, and black and silver and I literally have every single colorway. Out of your whole collection, if you could only wear one pair of sneakers, which pair would you rock?
I gotta be real with y’all, it has got to be the Shattered Backboard 1s, the ones I wore in the movie. I have fallen in love with them shoes. Before them shoes I only wore Vans or I only wore Chucks, I kept it so West Coast but those shoes are by far one of, if not the greatest, pair of shoes I have put on my feet. And I would rock those until I die.

We’re surprised though, wouldn’t you choose a pair of Vans?
Like Vans are a part of me, but them shoes for sure.

This SuperDuperKyle interview has been edited and condensed.