The Supreme x Louis Vuitton Singapore release is currently underway. Here are 8 things we learnt while at the official raffle queue. 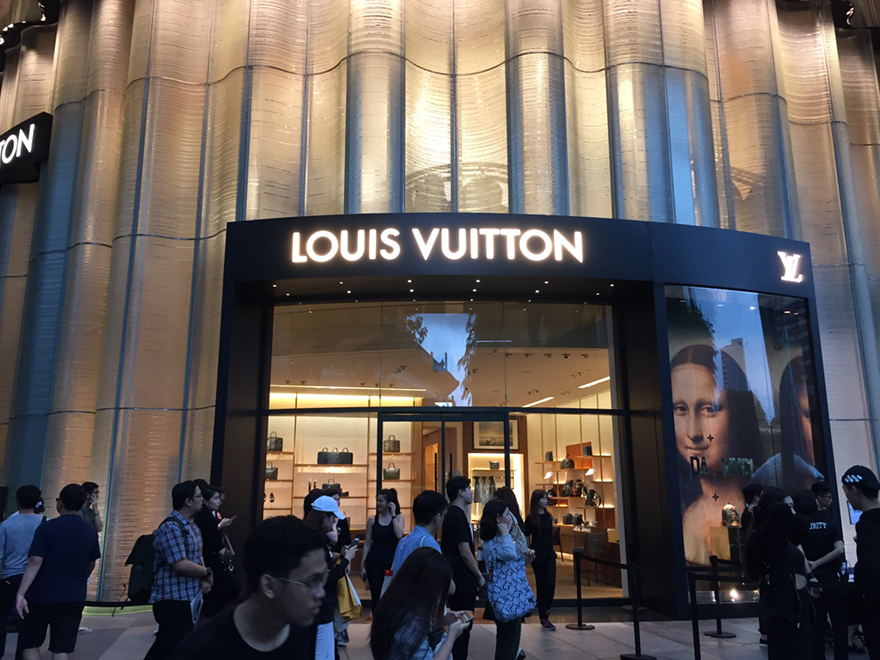 The Supreme x Louis Vuitton Singapore release was done via ballot, and the raffle queue commenced today, July 13, at 7am.

We sacrificed our sleep to get the word on the street. Here’s what we learnt. 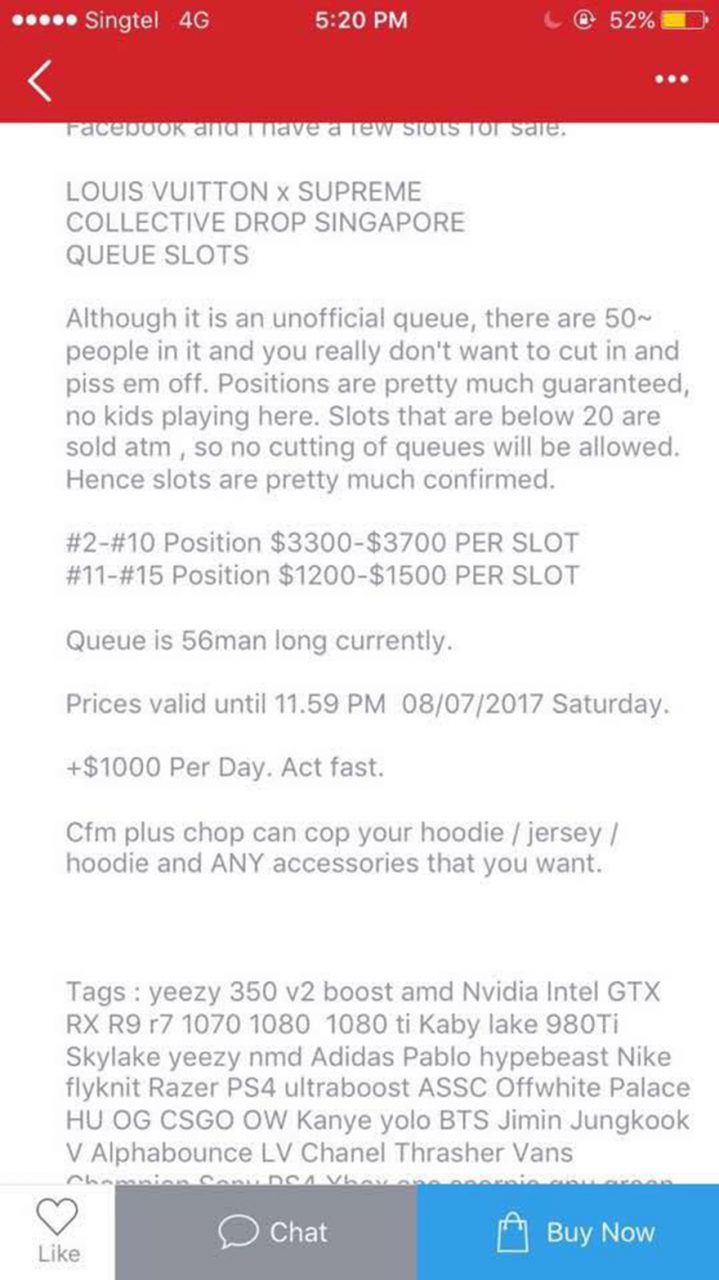 Up until late last week, much of the Supreme x Louis Vuitton Singapore release was shrouded in mystery, so some people took it upon themselves to start an unofficial queue. As we reported yesterday, the queue got swept.

It’s just one of those unfortunate things that can happen at any hype release. Sometimes brand/store staff add to the confusion, which was what some of the guys in the unofficial queue seemed to suggest.

One of them, who goes by Shaun, told Straatosphere, “We heard that the instructions for the unofficial queue came from the LV staff members themselves, so we were quite puzzled as to why they changed their queue rules – if they asked us to queue orderly in the first place, why be so fickle minded to change it last minute?”

2. Regardless, LV got the raffle system right 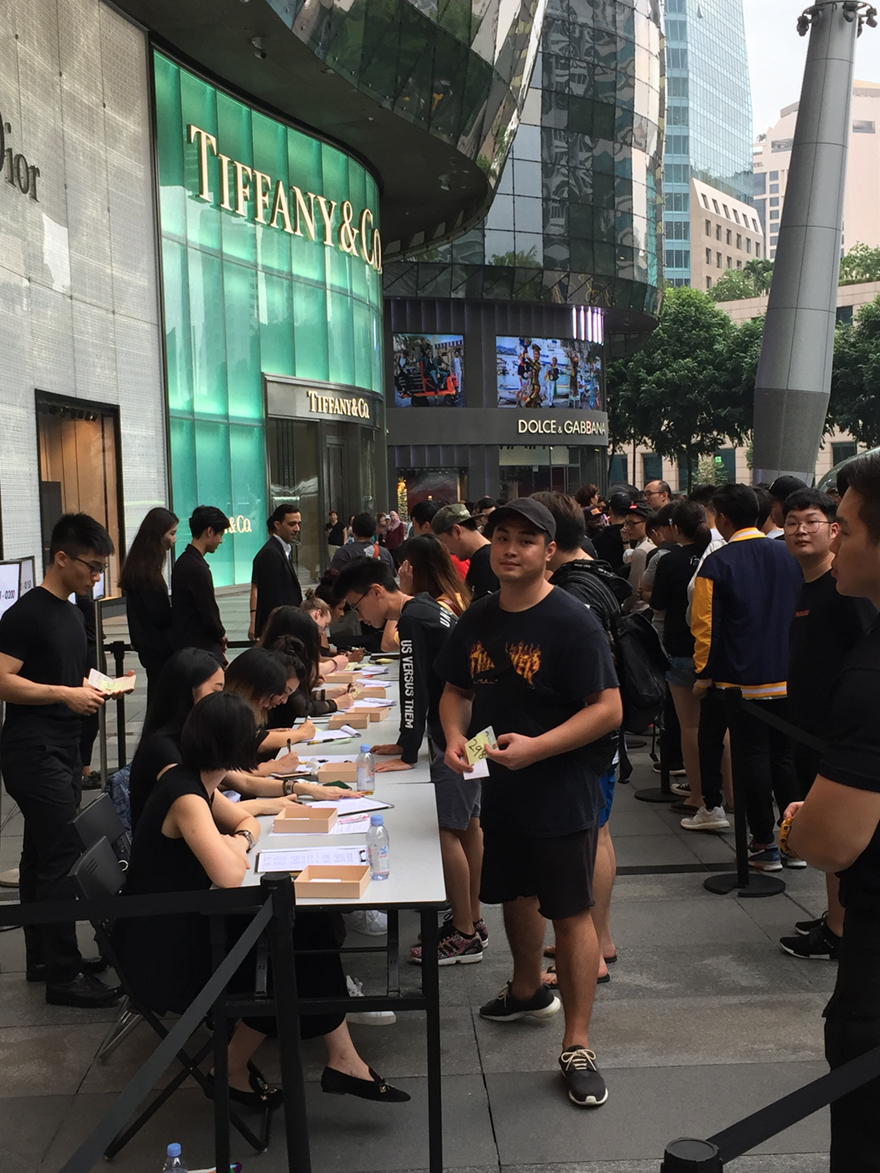 Photo: The raffle station at the Singapore drop

The raffle, attended by about 600 people in total, began at 7am and was done by 9am. The system was easy to understand and people didn’t have to jump through hoops (e.g. wear an item from LV or Supreme to qualify) to get their ballot number.

All people had to do was 1) pass their photo ID to LV staff members on hand and 2) get their randomly assigned ballot number from an iPad. Those who drew ballot numbers “001” to “350” will get to shop the collection at the LV store tomorrow, July 14. Simple. 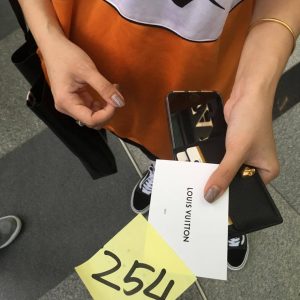 Photo: Victoria and her winning ticket 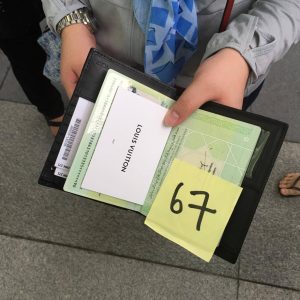 Photo: “Gigi” Athirah, a tourist with a winning ballot slip

With the lucky draw system in place, drawing a number “350” and below depended on your luck. That meant you could’ve been the last person in line and still qualify to shop the Supreme x Louis Vuitton collection.

4. The queue was a hotspot for rumors Photo: Rumor-mongering helps to pass the time when you’re in queue

While in the same “room” as those in line, we overheard several interesting speculations.

A winning balloter who did not want to be named claims that VIPs will be allowed to purchase up to ten (10) items while non-VIP members are only allowed to purchase five (5) items, one from each category: clothing, outerwear, small leather accessories, bags, and shoes.

According to The Straits Times, the collection will be made available to the public, after winning balloters have had a chance to shop.

5. Gossip aside, it was a great place to meet like-minded people 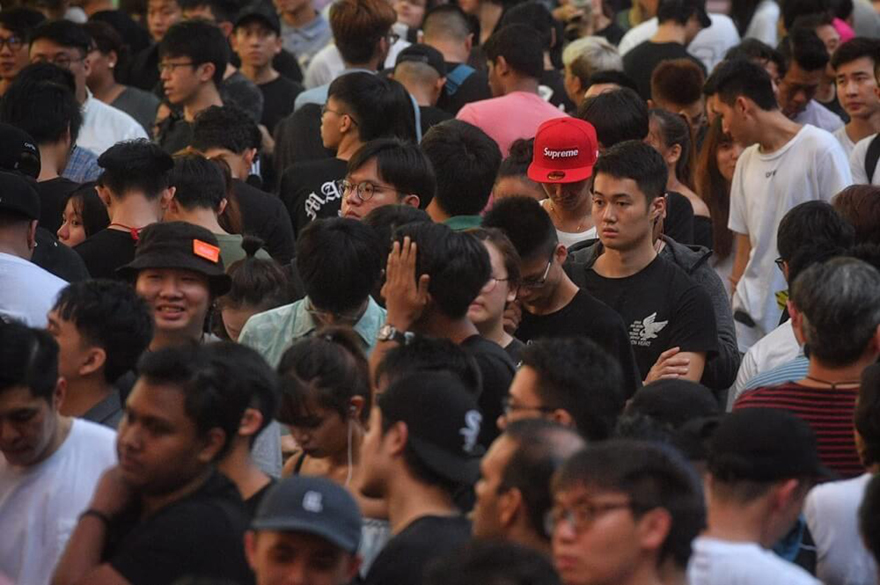 Ivan, a successful balloter, claimed that the atmosphere at the queue was friendly and bordering on bromantic.

“It’s one of my first times queuing up for something like this, and it was really interesting. You get to meet some new friends and some like minded individuals,” he said.

6. Successful balloters have 20 minutes to shop the collection tomorrow Photo: Ivan, one of the lucky winners who’ll get 20 minutes to shop the drop

Each successful balloter will be given a grand total of 20 minutes to shop the Supreme x Louis Vuitton collection.

Here’s a tip: grab that hoodie, grab that tee, and get out of there.

7. People traveled from overseas for this drop 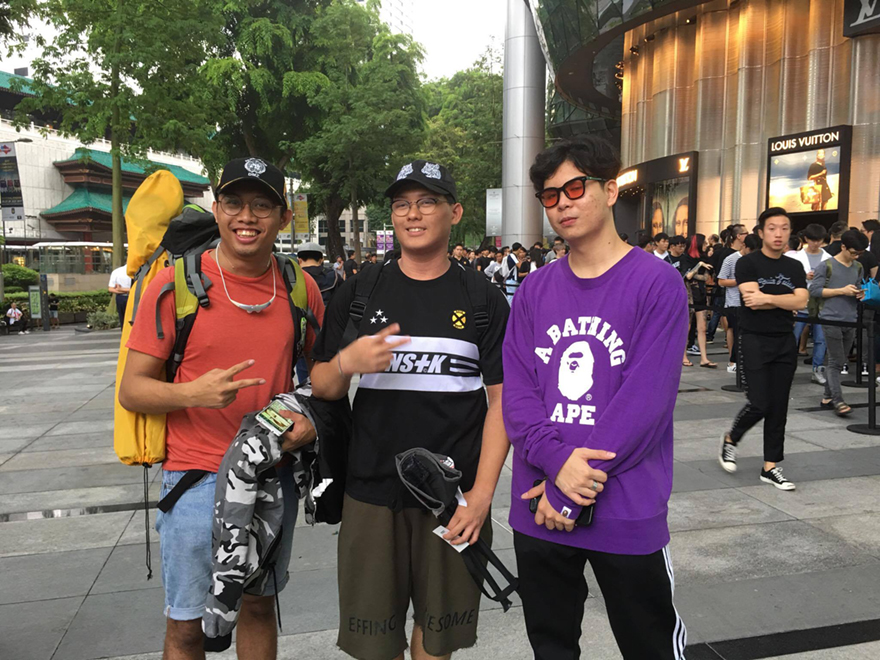 A bunch of happy campers who happen to be Straatosphere readers!

“Bella” and “Gigi” Athira came all the way from Brunei to shop the Supreme x Louis Vuitton collection. They said their group received four winning tickets.

Others were less lucky. Hakim, a tourist from Malaysia, stood in the unofficial queue for two days and walked away with nothing.

8. A place of high drama 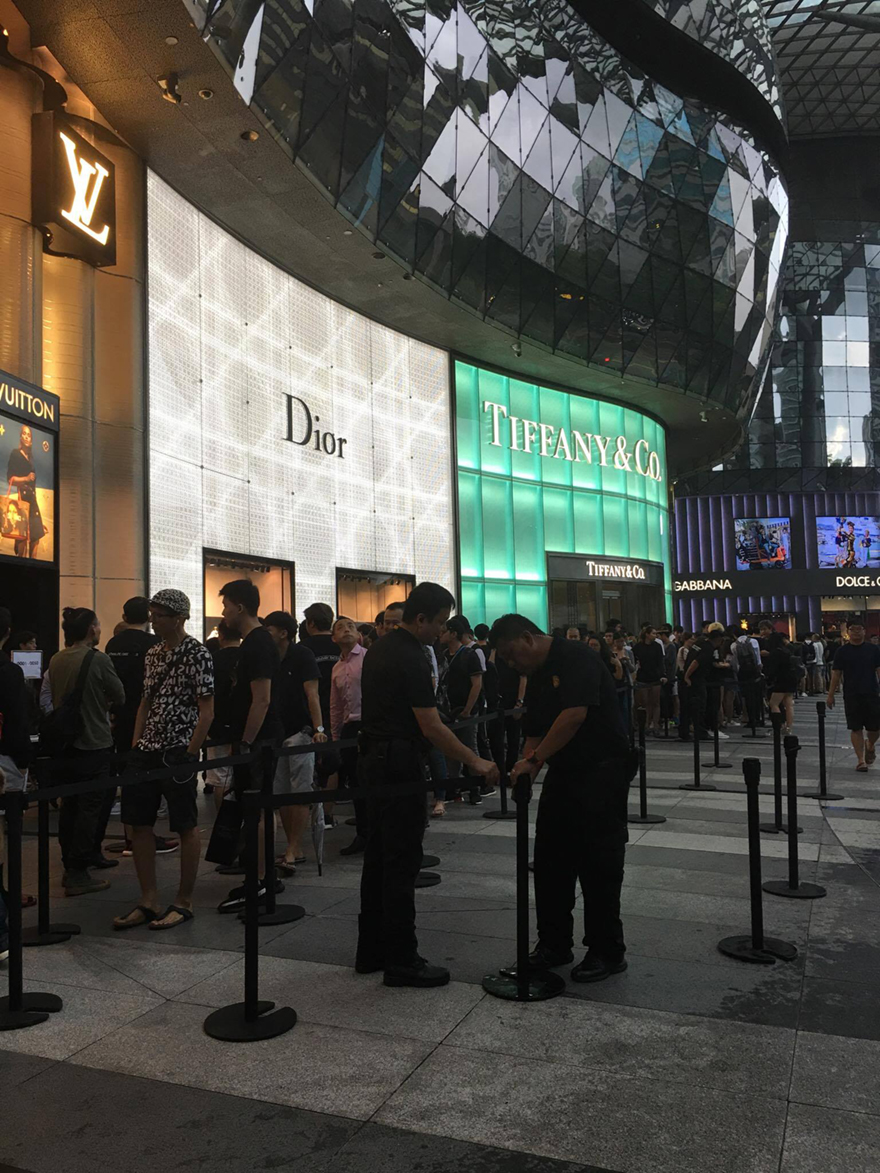 Shaun, a successful balloter (not the same Shaun interviewed above), cheered, clapped, and called his parents up to spread the good news. Who knew a winning raffle ticket was reason to give an Oscar-worthy speech?