Teaser images have emerged on social media of two Timberland collaborations. One with Champion, while the other, Mastermind Japan. 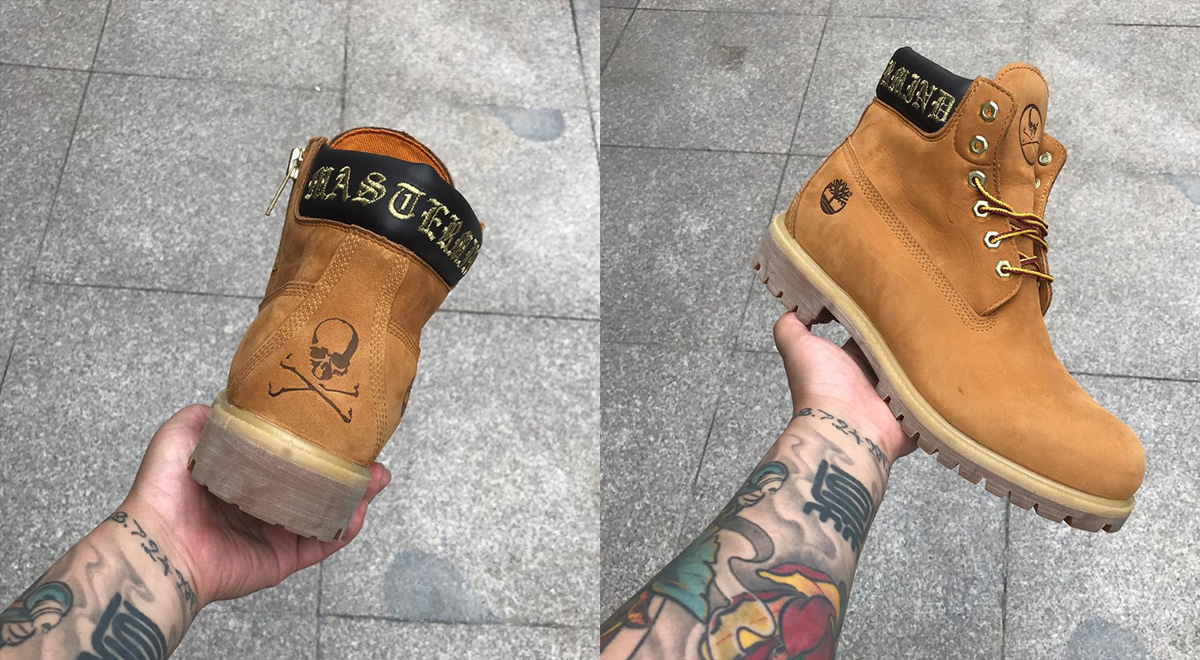 Despite the teaser images, no release details have been provided. Check out what the rumors about the Timberland collaborations hold.

Images of the possible collab were released on Instagram earlier on Wednesday, July 4. The collab will utilize the Timberland 6″ boot and feature two colorways: the iconic “Wheat” color (image above) and a monochrome colorway.

Highlights of the collab include a zipper on its side, as well as large Mastermind branding on its heel. The brand’s skull and crossbones logo can also be seen stamped on the heel of the shoes. Furthermore, the “Wheat” colorway will feature gold accents while the monochrome colorway will feature silver accents, elevating the boot’s aesthetic. The boots will feature Champion branding on its tag and tongue. Other details include white lettering on its heel. It is presumed that the black iteration will feature black embroidery splayed across its heels. The boots will also come with three sets of colorful laces.

Looks like we’ll still have to wait for more information on the two Timberland collaborations. Be sure to check back with Straatosphere for more details.

What other collabs are you looking forward to in 2019? Let us know in the comments below.