Top 10 Adidas UltraBoosts: The Reign Of The Boost

Top 10 Adidas UltraBoosts: The Reign Of The Boost

OG UltraBoost colorways and knit patterns from the 1.0 and 2.0 generations are making a comeback. 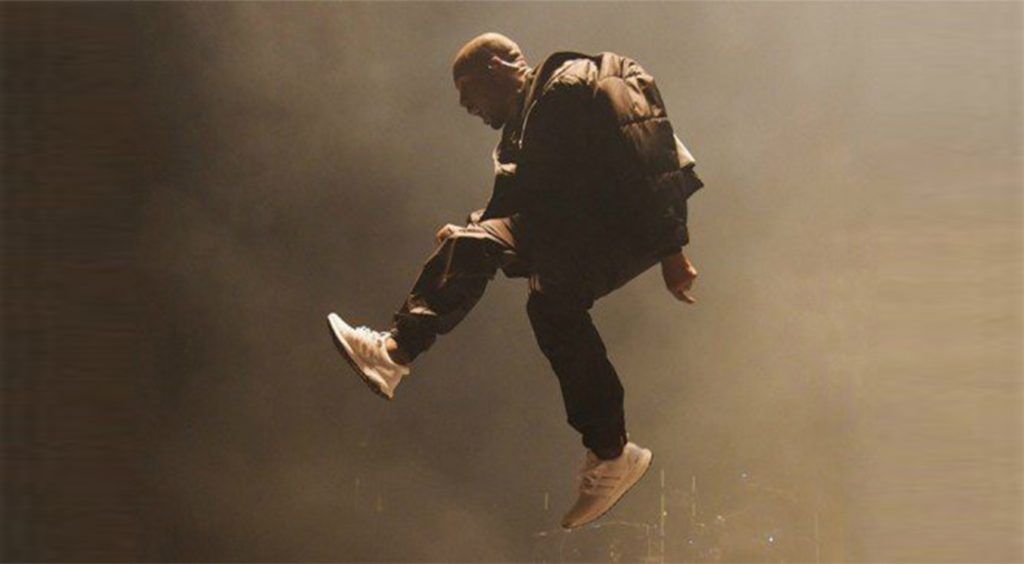 In light of these colorways making a return, we decided to take a walk down memory lane and list our top 10 UltraBoost colorways.

In the grand scheme of things, the Adidas UltraBoost (UB) is a fairly young silhouette that made its debut in February 2015. It flew under the radar until a few months later when the ultimate trendsetter himself, Kanye West, was spotted wearing them. You might recognize this iconic photo above, which depicts the first time Ye was seen with a pair of the OG Triple White Adidas UltraBoost on feet. Since then, the UB has been delivered in a plethora of colors and is now into its fourth generation of colorways.

In celebration of the UB’s young, but no less impressive history, here’s our pick of the top 10 Adidas Ultraboost colorways and collaborations, in no particular order. We have kept our selection to generations 1.0 and 2.0, arguably the two best gens of the sneaker’s history. The one that started it all. The OG UltraBoost was a sharp and cleanly designed shoe. It arrived with an all-black primeknit upper, a white Boost midsole and a black sole. The purple heel counter was a hot addition to this otherwise monochrome sneaker.

The OG colorway, which was re-released on December 1, is currently sitting on the Adidas website, so grab a pair before they sell out. 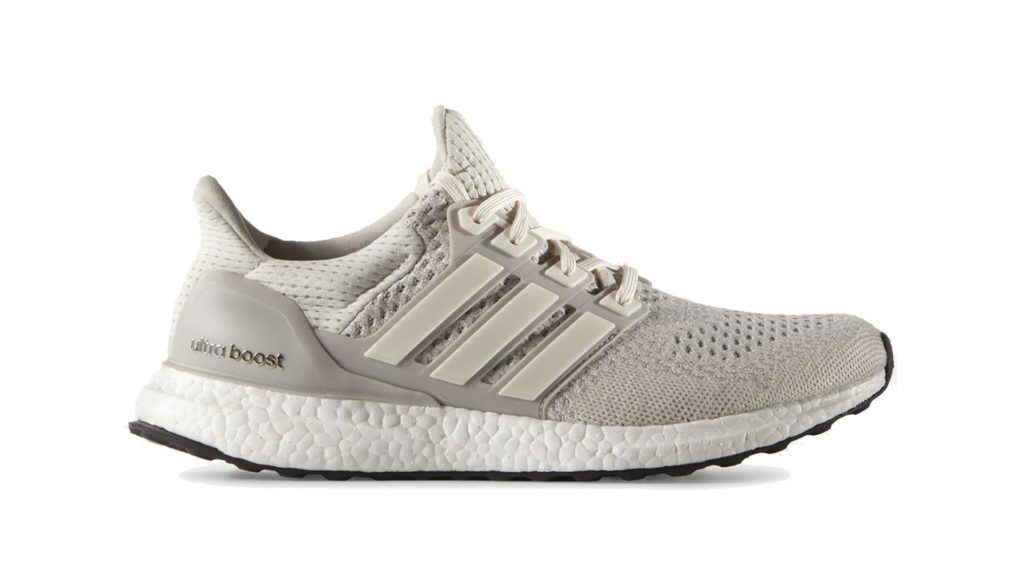 One of the original colorways that added to the hype was the Cream or the Chalk UltraBoost. It was initially thought to be a friends & family pair, but was later released to the public. The off-white colorway struck gold with the growing fanbase, and, coupled with the exclusivity of the sneaker, makes it one of the “grails” of the silhouette. Kanye was also seen wearing this colorway several times, adding to the hype of it all.

The colorway recently got re-released by the three stripes on November 21. With more pairs out there, the Cream/Chalk colorway should be easier to attain now, we think. The colors burgundy and olive were heavily used on products in the years 2015 and 2016. Adidas hopped on that bandwagon and released the incredibly lush looking Burgundy UB with a wool upper. To build the hype, Adidas released the colorway in limited quantities first, with a general release (GR) that followed soon after. The colorway became one of the must-have UBs in a Boosthead’s collection. 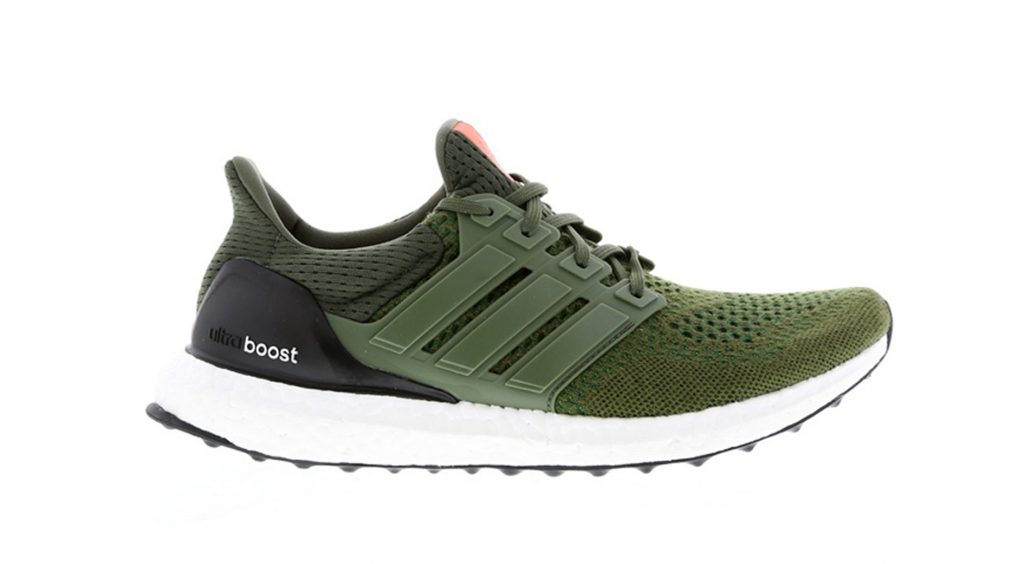 Like the Burgundy colorway, the Olive was heralded due to the fact that it was difficult to acquire and that the resale prices were just too absurd. The Olive is considered a GR, but you can’t deny a beautiful colorway when you see one. 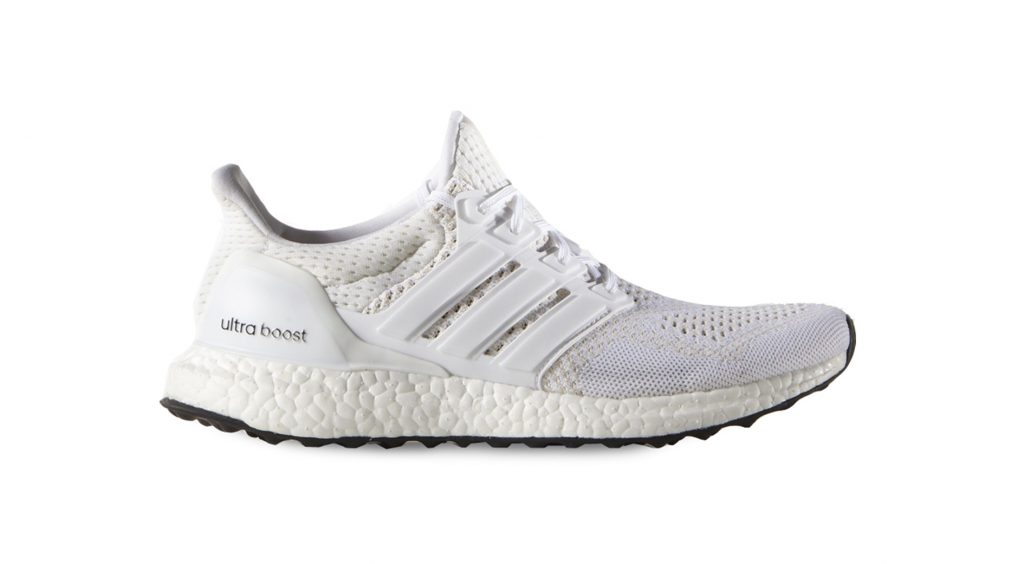 The Triple White UB blew the streetwear scene away when it first dropped, once again with the help of Kanye West. Everyone sought to get their hands on the sneaker that was worn by West during his 2015 Billboard Music Awards performance and multiple times on the streets of Los Angeles. The Triple White, along with the Burgundy, Olive and Chalk colorways, are touted the Mount Rushmore of GRs. 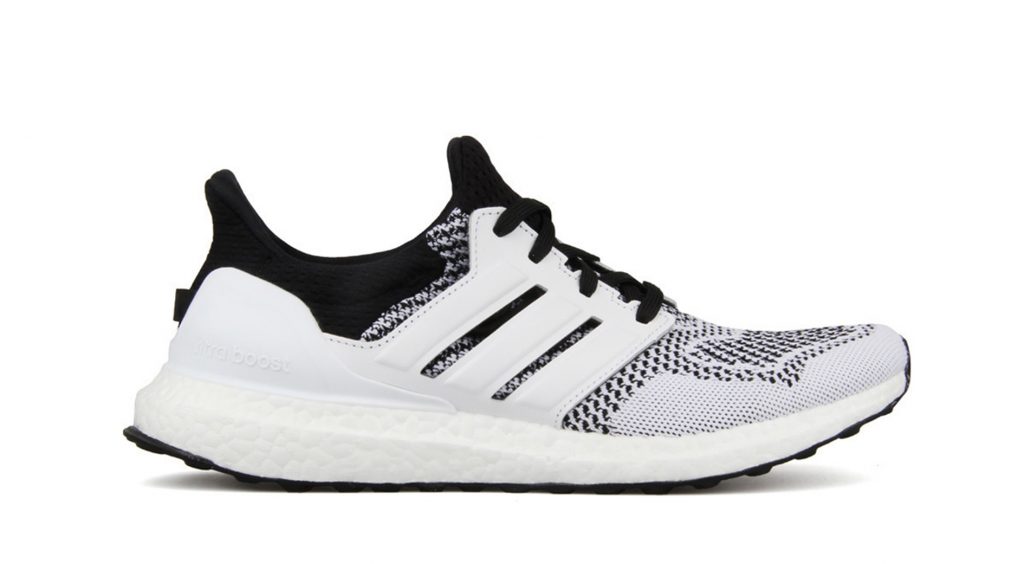 The first collaboration on our list – the Sneakers N Stuff UB showed how black and white will always be the best colors for any sneaker. With a primarily white upper and cage, accented by black knit, the sneaker oozed minimalism and class. The white-out UltraBoost branding on the heel counter was definitely a nice touch. 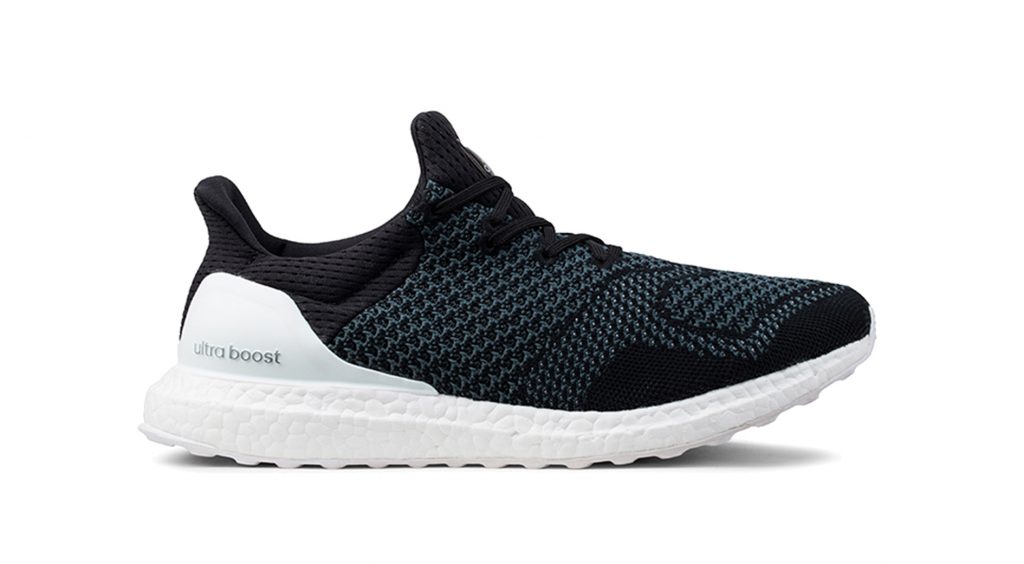 This collaboration sent shockwaves to all UltraBoost fans as it was the first release to remove the cage on the sneaker. The Hypebeast Uncaged UltraBoost was a momentous collab that looked strange at first glance, but grew on sneakerheads as time passed. It paved the way for more uncaged versions of the shoe in the future. 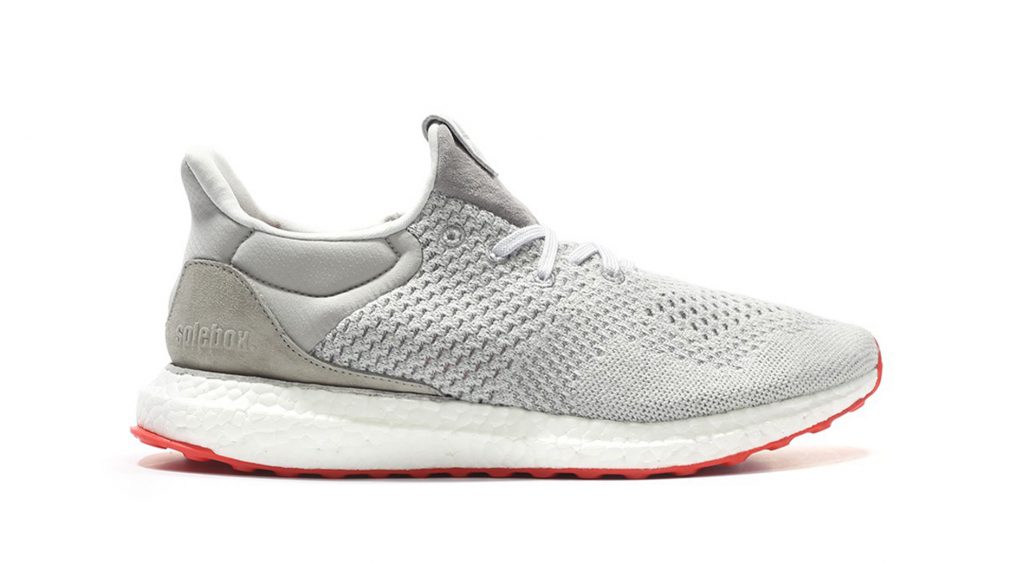 The SoleBox UltraBoost collab also came uncaged. The sneaker arrived in a grey upper with light brown accents, stripping the UB off of its sporty aspects, even replacing the plastic heel counter with a suede one (SoleBox branding). The sneaker looked very handsome indeed.

OK, we admit listing 9 is three pairs of shoes instead of one, however you cannot possibly single out one colorway from the Medal pack without mentioning the rest. Launched during Olympics season in 2016, the Medal pack was very apt. The sneakers arrived with 2.0 knit patterns and heel counters that represent the top three medals at the Olympics – gold, silver and bronze.

The Medal pack has been retro-d for this year and is currently sitting on the Adidas website. Grab the chance to cop these for retail. 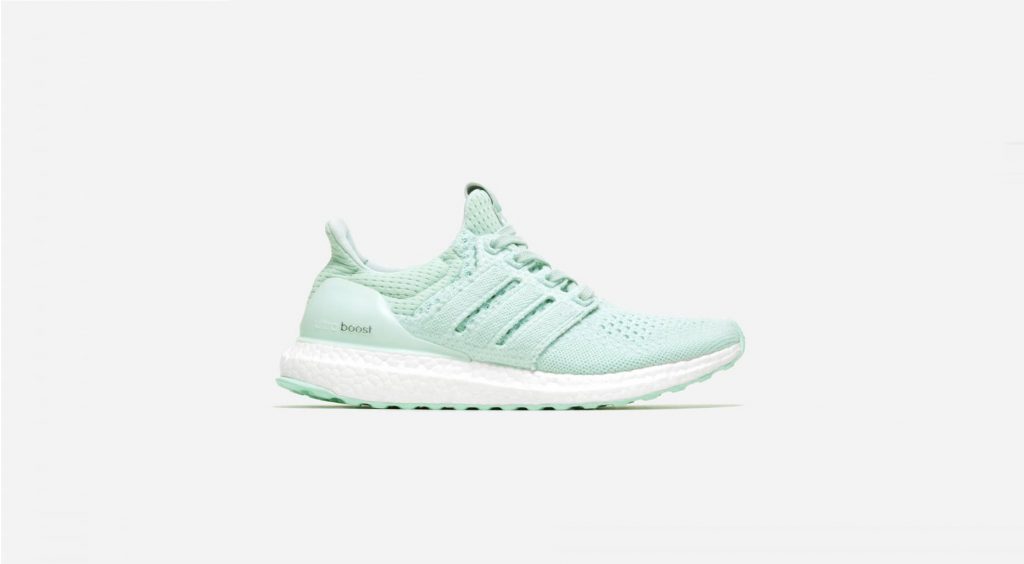 Rounding off our list, we have the Naked x Adidas Consortium UltraBoost collaboration. Naked, a women’s sneaker retailer from Copenhagen, released the UB in one of the sleekest colorways. Coming in a mint upper with a matching Continental sole, the sneaker breathed new life into the dying hype of the UBs. Interesting touches included a 1.0 knit pattern and the switch from a plastic cage to a mesh one instead.

What are some of your favorite Adidas UltraBoost colorways? Let us know in the comments below.

Read more: Adidas and size? revive another classic with the Kegler Super