After losing two of its major fights on short notice, UFC 215 still proved to be an entertaining card in Edmonton, Alberta, Canada. The main event of the night saw Amanda “The Lioness” Nunes defended the Bantamweight title for the second time with a razor thin decision over an incredibly tough challenger in Valentina “The Bullet” Shevchenko. 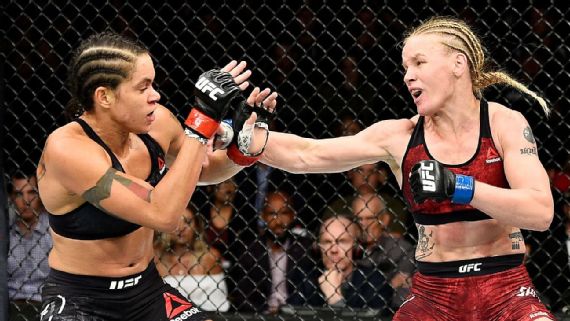 It was not the most television friendly match of the night. In fact, many of the fans at Rogers Palace began to jeer at the lack of action. However, what was transpiring in the octagon was akin to a chess match of the highest caliber.

Nunes was the clear aggressor in the fight, pushing forward with oblique kicks to the thigh and keeping her distance with stiff push kicks. But Valentina showed that she was the more technical striker between the two, landing solid counter punches every time Nunes stepped in.

We head to the final round!!

Shevchenko also dug into the lead leg of Nunes with hard low kicks, leaving her mark on the Brazilian’s left thigh. Nunes, however, kept moving forward and showed her power in the fifth round with a brute force takedown of Shevchenko. She ended the fight on top and the pair exchanged some choice words as they returned to their feet.

At the end of the night, two judges gave the fight to Nunes while one called in favour of Shevchenko, granting “The Lioness” the victory via split decision.

Nunes was ecstatic, having proven that she can endure the deep waters of the championship rounds and silencing her critics. Shevchenko, on the other hand, was incensed at the decision, claiming that it should have gone the other way.

It was an incredibly close fight and one that would have been challenging to judge. But at the end of the event, both women showed that they had every right to be at the top of their division. There are many legendary trilogies in MMA history and this could be another one on that list very soon.

Not happy ..@BulletValentina: "I don't understand why it went the other way." #UFC215 pic.twitter.com/axfcgkfSEn 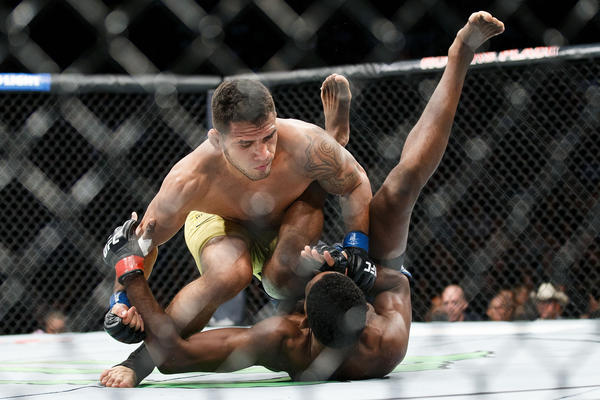 Rafael Dos Anjos stepped into the octagon looking so much healthier as a welterweight. His movement and striking were as crisp as they were when he won the lightweight title two years ago.

Neil Magny is a tough customer in the division but Dos Anjos proved his worth as a former champion. Using the Muay Thai he honed so well at the Sityodtong camp, he swept Magny to the ground with a reaping leg kick.

From then onwards, it was all Dos Anjos. Like a shark in the water, he locked on to Magny and imposed his ground game effortlessly. Once he grabbed a hold of Magny’s arm, it was all but over as he sunk in a tight arm triangle choke.

Magny tapped out and sent Dos Anjos rocketing through the rankings. We may see RDA in the title picture sooner than we think.

If someone ever asks you to explain what “heart” means, you’re going to want to show them this fight.

Jeremy Stephens opened up with a clear game plan in mind: attack the legs. Gilbert Melendez was knocked off balance with two hard leg kicks in the first round. His shin began to swell up very visibly and it was clear that he was in great pain.

By the end of the round, the referee had to call in the fight doctor to assess Melendez’s enormous bruise. With the all-clear, Melendez got up and soldiered on. Stephens continued with his lightning quick low kicks, knocking his opponent down seven times in three rounds.

But each time he fell, Melendez picked himself up, earning the respect of the audience and Stephens himself who stopped to high five the former Strikeforce champ.

Stephens looked phenomenal in this bout, putting on a relentless pace and showcasing another dimension to his game. It was a stellar way to kick off the main card.

Though most people thought this fight would be a hard hitting one-rounder, it turned out to be an intricate war of attrition.

Tyson Pedro showed some dynamic movement and unpredictable striking but it was Latifi who managed to control the fight, using his strong wrestling base. Having never fought past the first round, Pedro seemed to slow down in the second and third.

Latifi’s experience gave him an edge in the end. He wore down the tough Australian with strong takedowns and ground strikes, snapping up the victory at the final horn. It was a tough lesson for Pedro but a necessary one for him to grow as a fighter.

Big slam by @LatifiMMA but @Tyson_Pedro_ takes it and throws up a triangle! #UFC215 pic.twitter.com/nT74dMngAV 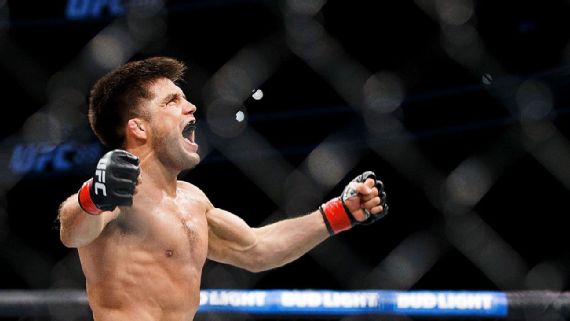 In another surprising turn of events, the meeting of two world class grapplers has almost no grappling whatsoever. The two men stood right in front of each other and struck it out till the end.

Cejudo continued to show his evolution adopting a new karate-style stance that he developed with the Pitbull Brothers gym. In the end, it was a powerful right hand from Cejudo that crumpled Reis, causing the referee to stop the contest.

Cejudo is looking absolutely fantastic and it would be no surprise if he gets another shot at Demetrious “Mighty Mouse” Johnson sometime in the near future.

Edmonton enjoyed a great card for its inaugural UFC event. With thrilling unprecedented finishes to hotly contested fights, UFC 215 was a success in the end. Hopefully, you didn’t cancel your pay per view access!