The Vapormax 2020 is getting its first major overhaul since it dropped in 2017. 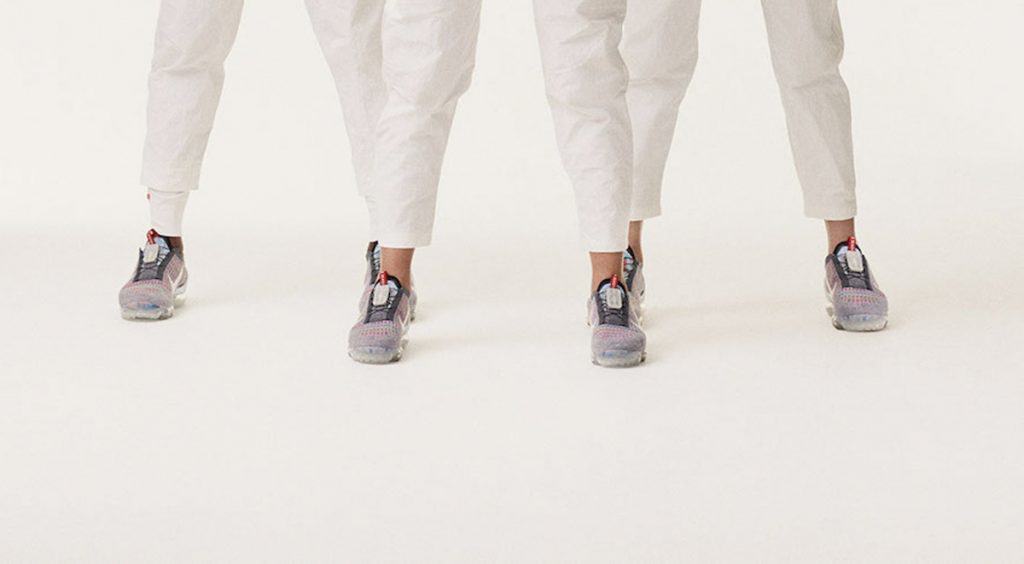 Update: July 16, 11:30 am (Singapore time)
The sustainable variant of the Nike Vapormax will be coming to Singapore! Nike has announced that the Nike Vapormax 2020 will drop on Nike.com on July 23, with a retail price of S$299.

Slated as the American team’s Tokyo Olympics sneaker, the Vapormax 2020 carries a strong message about plastic pollution and sustainability.

Since it first launched in 2017, the Nike Vapormax has remained relatively unchanged. Besides small variations in knit patterns and fabrics, the Vapormax midsoles and overall silhouette have stayed pretty much the same.

To bring the sneaker fully into 2020, Nike has completely revamped the sneaker from the bottom up. The new, sustainably-made uppers consist of 75% recycled manufacturing waste, with colored threads woven to resemble plastic waste seen from a bird’s eye view. The sneakers now boast Nike’s Flyease construction, which allows users to quickly slip the shoes on and off with ease (hence the name). The mold that holds your feet in place bears an ocean-inspired blue marbling effect that’s also seen on the toe guards. Combined with the uppers, the Vapormax 2020 sends a clear message about the problem of plastic pollution in our oceans. 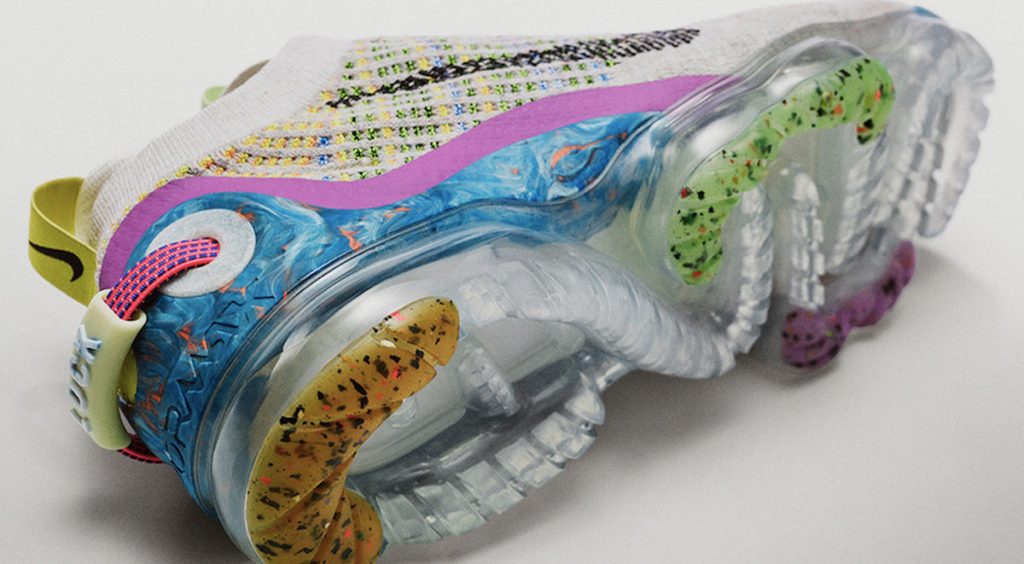 The midsoles have been completely revamped with a thinner air cushion that creates a futuristic vibe. The air cushion now forms an “S” shape spanning from the heel to the midfoot. This is the first time such an implementation of the Vapormax technology has been seen on a Nike sneaker. To add some color to the clear midsoles, green, purple and yellow rubber pads have been added, with recycled chip accents. The grey, red and blue colorway was specially created for the American Olympics team.

Nike is clearly trying to send a message at the 2020 Olympics, where the sneaker will make its debut. The Vapormax 2020 is a visual representation of plastic pollution in our oceans and a physical manifestation of what can be achieved if we choose to recycle our plastic waste.

The Nike Vapormax 2020 is set to drop in spring/summer 2020, with no specific date set for its release in Singapore. Stay tuned for updates.

Are you more likely to cop a sneaker if you knew it helped take plastic out of the oceans? Share your thoughts in the comments section.