Vintage Cameras Museum Singapore Focuses on the History of Photography

Vintage Cameras Museum Singapore Focuses on the History of Photography

The Vintage Cameras Museum at Jalan Kledek is the first of its kind in Singapore. Vintage Cameras Museum Singapore is an archive of about 1,000 vintage cameras hosted in the world’s largest camera shaped building.

The museum, located at Jalan Kledek in the Kampong Gelam district of Singapore, is founded by Ram and his cousin, AP Shreether.

Ram, who hosted us on our visit, told Straatosphere there are two factors that led to the idea of the museum.

“The first was that my dad, was interested in cameras; the second was – ironically enough – from my cousin AP Shreether, who is a painter. He used to be against cameras, calling them the enemy especially for realist painters because they can capture images quicker than an artist can. One day he told me, ‘Let’s collect the enemy’, and thus the idea was born.” Small, large, and everything in between

A number of the cameras were given by family and friends. Others were sourced from auction houses and buyers.

The cameras on display range from a replica of the world’s largest camera (by George R. Lawrence) to the smallest digital camera that measures just over 1 inch in all dimensions. 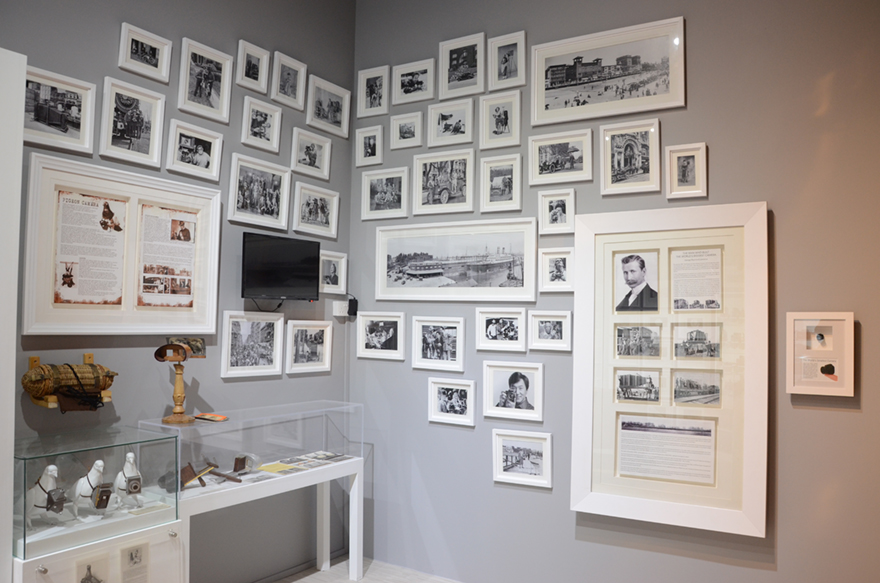 A section dedicated to pigeon cameras, valuable pieces used for taking aerial photos back in the day

The spy who shot me

More fascinating is the collection of spy cameras. These range from pigeon cameras to a Japanese machine gun camera.

“We did travel all the way to Austria to purchase the pigeon cameras only for the seller to withhold the product for an auction instead. Imagine that! Traveling all the way there for someone unwilling to sell the item. Eventually, we settled on a premium and managed to bring the cameras home,” explained Ram.

The Japanese machine gun camera, which was also sourced from overseas, left them worried about how customs would react. Thankfully, it was cleared. 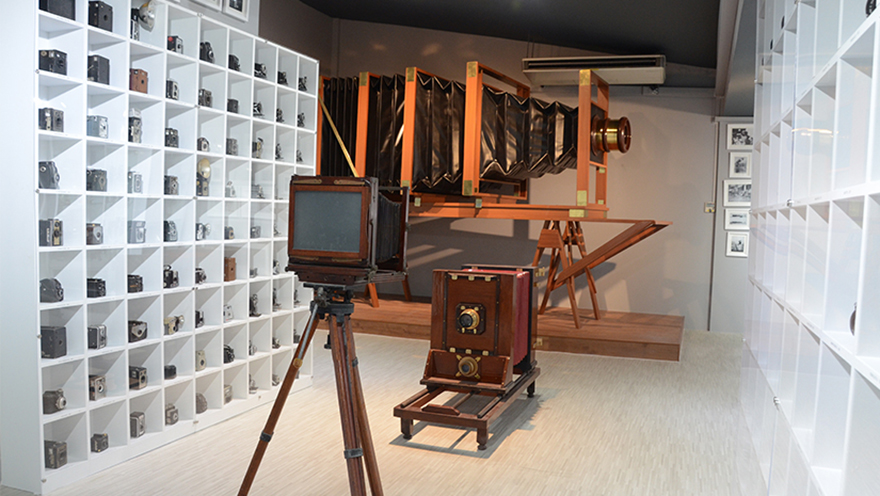 About 1,000 vintage cameras are displayed at the museum

Visitors to the Vintage Cameras Museum are given the hands-on experience as they are allowed to touch the cameras on display.

Also for perusal are photography booklets and negatives. There are also documentaries about photography visitors can immerse themselves in.

The Click Art Museum section filled with artwork hand-painted by the museum’s co-founder AP Shreether was created for amateurs and pros to practise their photography skills on. Ram was hard pressed to pick his favorite camera in the museum, but when it came down to making a choice, he said, “The ones that interest me the most would be the spy cameras – the subminiature cameras.”

The Vintage Cameras Museum is currently in its soft launch stage, but an official opening is slated to take place sometime this month.

After that, Ram hopes to include some silicone statues of notable photography icons as well as organize activities to get the younger generation and schools interested in the history of cameras. He also hopes to create workshops for shutterbugs.

Beyond that? The museum founders will be busy finding ways to update and showcase the rest of the 6,000 or so vintage cameras in their collection.

Vintage Camera Museum is located at 8C & 8D Jalan Kledek, Singapore 199263. Admission is priced at S$20 for adults; S$15 for senior citizens and children below 12. Entry is free for children ages 5 and below.