Looks like the Yeezy Boost 350 V2 Dark Green has been tossed to the sample-only bucket.

The Yeezy Mafia offers a host of plausible reasons the sneakers may have been canceled: production problems, calendar issues, or even a decision made by Kanye himself.

Neither Adidas nor Kanye West has acknowledged the cancellation of the sneaker on their social media platforms just yet.

The Yeezy Mafia came to the conclusion that the sneakers were canceled after the Yeezys were marked as “sold out” on Adidas.com. 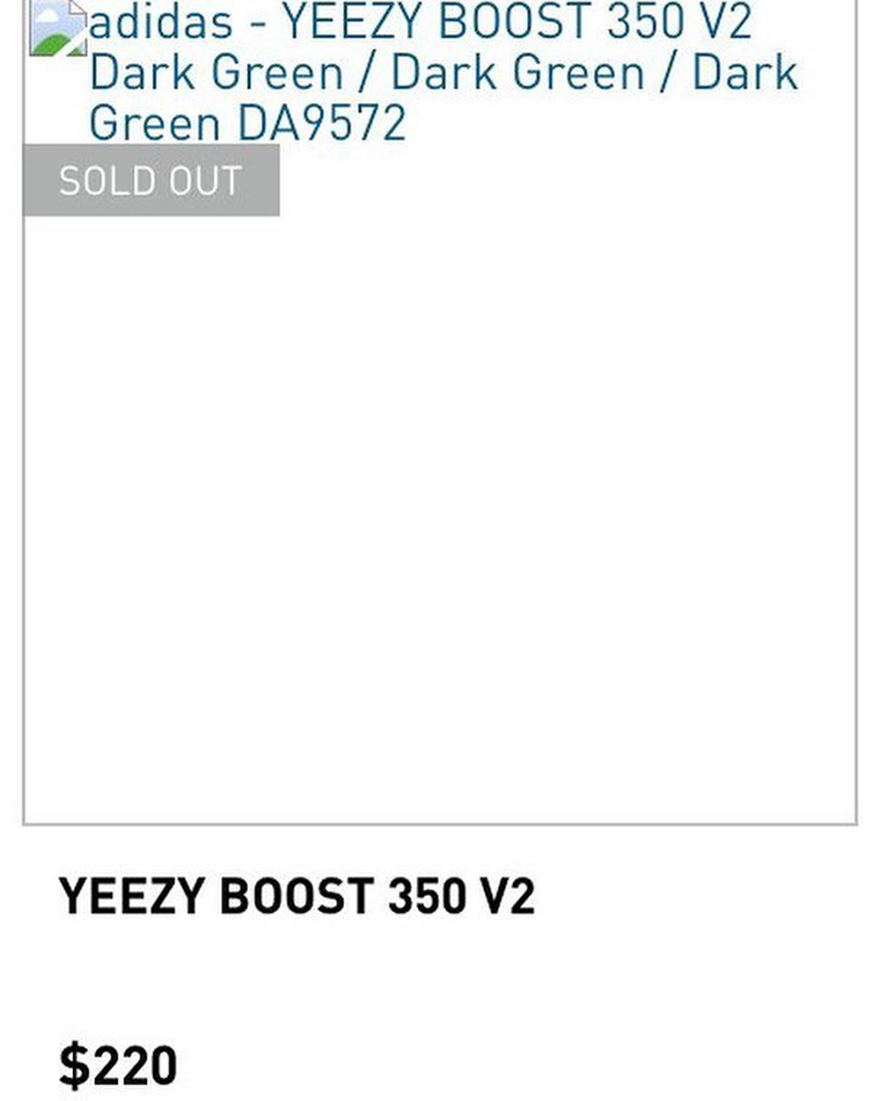 According to Sneaker News, the Yeezy Boost 350 V2 Dark Green was originally scheduled to drop on Sunday, June 24. Instead, Adidas re-released its Yeezy Boost 350 V2 “Zebra” that day. Again, no explanation was provided for both the sneaker switch and the re-release by Adidas.

This is the brand’s first cancellation of a Yeezy Boost 350 V2 launch, reports Hypebeast. Another Yeezy brand silhouette that didn’t get to see the light of day was the Yeezy 350 Cleat in black.

Photo: The Yeezy 350 Cleat in black/Twitter