Yeezy Season 4 Turned Out to be a Hot Mess

Yeezy Season 4 Turned Out to be a Hot Mess

Kanye West’s catwalk show for Yeezy Season 4 got off on the wrong start, as guests got stranded and models started fainting. 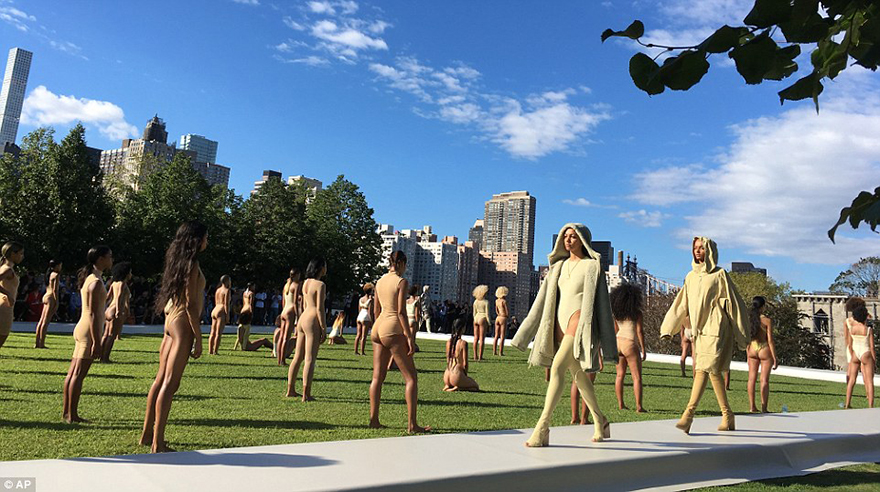 The private showcase for Yeezy Season 4, held at New York’s Roosevelt Island, got people hot under the collar, literally.

Chartered buses brought attendees from Manhattan to the venue, but the long ride took up to an hour and left many impatient guests even more pissed off, given that they were already annoyed at the fact that they had to take buses to begin with.

Once they arrived, they had to wait even longer, due to the delayed arrival of Kanye West and the Kardashian entourage, who reportedly arrived an hour and a half later. The models who were lined up ended up waiting awkwardly on the lawns in the blistering heat.

During the wait, the heat proved too much to handle, with several models showing signs of fatigue and having to sit down for a breather. Some even fainted, while others tripped on the runway. It’s been pointed out by many spectators that no one from the staff came to their aid, even after some members of the audience gave the models water to prevent dehydration.

Model undone by the heat at Yeezy. pic.twitter.com/vaZlisrMdm

Model Amina Blue got so frustrated with the shoes and stripped them off halfway down the runway. She was spotted in her own sandals for the final walk.

This season has brought a lot of controversies for the Yeezy collection, beginning with Ye’s call for “multi-racial models only” for the casting. Then again, the man himself has always been a magnet for being the talk of the town so are we even surprised?