Once every four years, the world unites through its love for soccer. With the 2014 FIFA World Cup underway, we present you a list of 10 FIFA World Cup inspired sneakers. Beautiful shoes for the beautiful game.

One of the earliest releases of the World Cup inspired sneakers are these Nike Roshe Runs featuring details and national colors of Great Britain and Brazil. The respective nation’s flags can also be found on the tongue pulls. 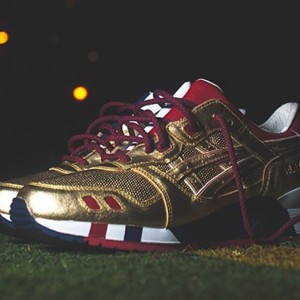 Ronnie Fieg of Kith has jumped on the World Cup bandwagon with the upcoming release of the Kith Football Equipment Pack. RF has collaborated with ASICS to work on USA and Brazil themed GT-II and Gel Lyte III sneakers to show his solidarity to those two counties. Both designs are part of a greater Kith Football Equipment capsule collection which features other soccer gear to match.

Previously featured as Straatosphere’s Release of the week, the Air Jordan Brazil Pack pays homage to the 2014 World Cup. This limited edition pack comprising the Air Jordan VI and CP3.VII AE is inspired by the host city’s vividly coloured national flag. Now even diehard basketball (shoe) fans can show Brazil some love during the World Cup.

The Puma Disc Blaze sneaker deserves an honorable mention for its tropical prints in the Brazilian palette. Faint hints of palm trees can be found on the green mesh base, while yellow adorns the branding, lining and discs. 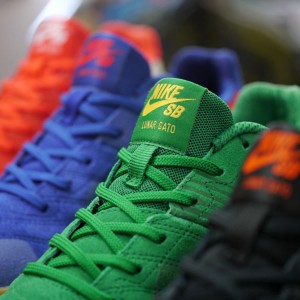 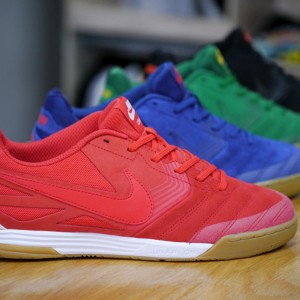 Another hybrid sport sneaker is presented here with the soccer-inspired Lunar Gato by Nike SB. Featuring the colours of Brazil, England, Holland and France, each pair sports white Lunarlon midsoles and gumsole bottoms. 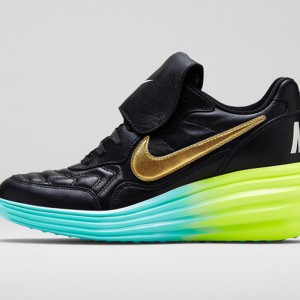 Nike hasn’t left the ladies out this World Cup season. Utilizing the classic Tiempo ’94 upper, the sole is fitted with a chunky Lunarlon wedge for all the female soccer fans. Just a heads up, we don’t recommend actually playing soccer in these.

New Balance chose to outfit two models from its “Champions” pack in country-inpsired colors and themes – the 574 wears the national colors of Brazil and the 420 is inspired by Spain. Supposedly a “super-limited” collection. 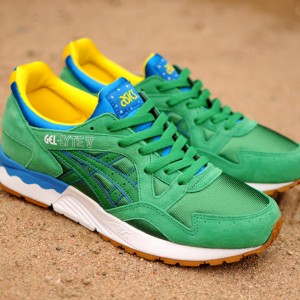 Decked out in all black leather, these Brazil themed KD VIs are outfitted with green accents and a yellow Max Air unit representing the host country’s national flag. 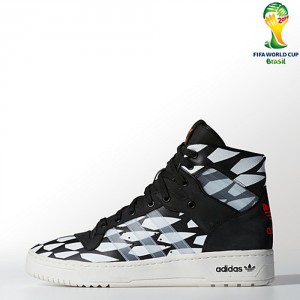 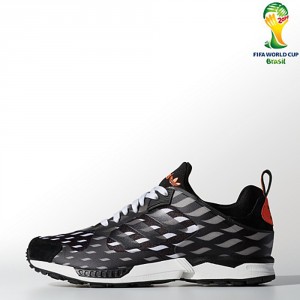 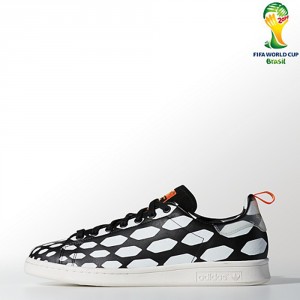 Ending off this list is the Battle Pack by adidas Originals featuring five iconic silhouettes – adidas Superstar 80s, Stan Smith, Samba Super, ZX 5000 RSPN, and Rivalry Hi. Each sneaker is given a bold geometric all over print, inspired by war paint patterns, and Fire Gold accents representative of the FIFA World-cup trophy.