We have a heart-to-heart with the creative maverick who will be displaying his work “Fragments of the Heart” at Art Stage Singapore 2016. 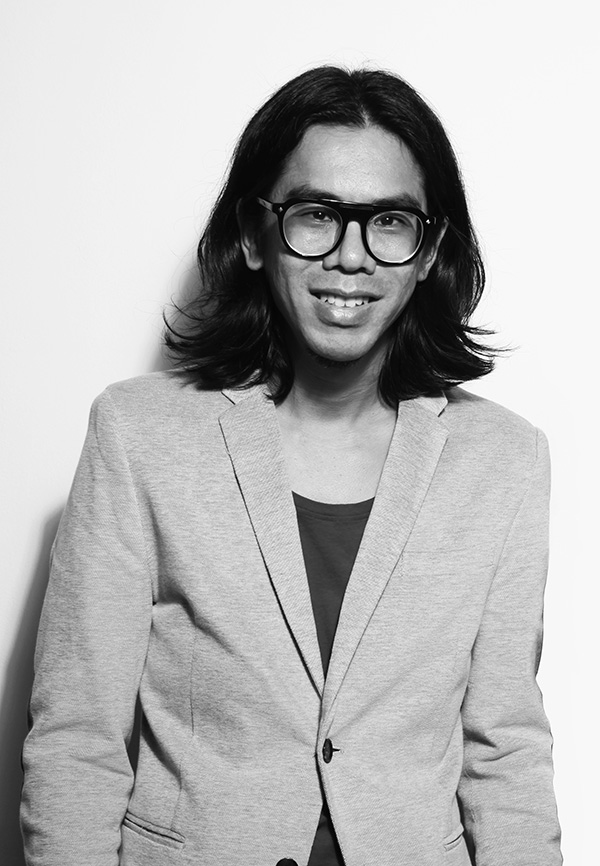 Tell us more about the backstory behind “Fragments of the Heart”.
It’s something quite personal to me and quite different from what I do with Phunk Studio. This project is a consolidation of the feelings I’ve had for the past couple of years. I’ve gone through some emotional ups and downs, and what I learned is that in life there’s this idea of duality. You can see the cup as half empty or half full. There’s always happiness, sadness, and we go through these everyday.

I’ve grown to accept that in approaching duality, when you look at it in a positive sense, it’s actually harmonious in a way. So if you look at it as a whole, there could actually be no duality. It’s something that’s really conceptual and dependent on your approach to it. This project is actually talking about the idea of non-duality, that there’s no separation between fragmentation and the whole. Joyfulness comes from the heart and you should celebrate that.

How did the idea of turning “Fragments of the Heart” into a collectible come about?
I’ve worked together with Jackson of Mighty Jaxx. He produced the “Love Bomb” vinyl toy for us back in 2013. We have the same vibe and energy, which I really like. I called him up and eventually this came into fruition. 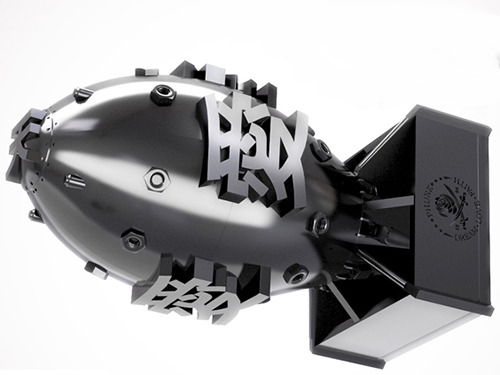 Creatives often have new muses to keep themselves inspired. Who’s yours?
There’s no single thing that inspires me. The most recent things that I enjoy doing are traveling alone and going to galleries and museums. You don’t really know what to expect. The excitement and unexpectedness is something quite refreshing. Chuck Close, an American painter, said something that’s in-your-face but rather true. He said that “amateurs look for inspiration, the rest of us just get up and go to work.” Perhaps when I get to his age I’ll understand what he means.

There’s a wealth of young, emerging artists, like Tell Your Children, who are making a name for themselves in the arts scene. How do you feel as an OG?
We’re actually flattered that they came to our new studio to pass us their zine. That’s an encouragement to us. I don’t think there’s any distinction between creatives because we inspire each other. In fact, we have this apprenticeship program called Transmission, where we work with younger, emerging artists who might still be in school or just started working. We mentor them and collaborate with them for a period of nine months, putting out an exhibition at the end of it. That kind of process is enriching for us too, because there’s an exchange of ideas. That’s the way it should be.

Phunk Studio has come a long way. When you retrace your journey, what’s the main factor that has ensured the longevity of the collective?
When we started, there was a struggle in the sense that four different people would want to have their voice heard the loudest. As we grew into the process of working together, right about ten years into the game, we realized that there’s no point fighting. Now, we can actually pre-empt what each other is thinking. If we were to visualize the way something is being created, the results from each of us would be quite similar. That kind of helps. Through learning from pitfalls and battles, we’re more like a family. It’s not about who gets the best say in the project anymore, it’s about winning the war together. 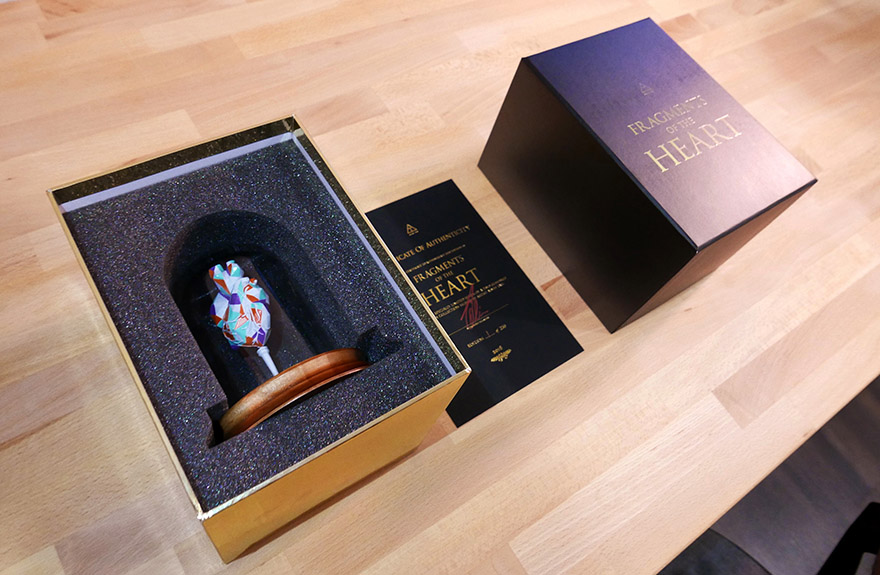 Having had so much experience now, does this change the thought process that goes into each piece of work?
Certainly, there’s a huge difference. When we started, we were information junkies who were consuming lots of print material. We ordered magazines from other countries to read. That built up our library of thoughts. We were using that very consistently in our works; lots of pop culture and music influences. That built a foundation. When we became more mature, we stopped looking into influences, ‘cos that’s been done already. Now, we harness what we already have, into our works. That’s how we’ve been operating for the past decade till today.

You recently graduated with a Masters in Fine Arts from LASALLE College of the Arts. Were there any instances where being a student again proved difficult?
Yes, actually. I needed to search for a topic and I did not know where to start. That process was interesting for me because I wanted to do something around the topic of imagination, but I couldn’t pinpoint what exactly it should be. Through readings, soul-searching and research, I finally decided to do something based on abstract, kaleidoscopic and Mandala arts. Combining these three things together was probably my recent biggest challenge creatively. 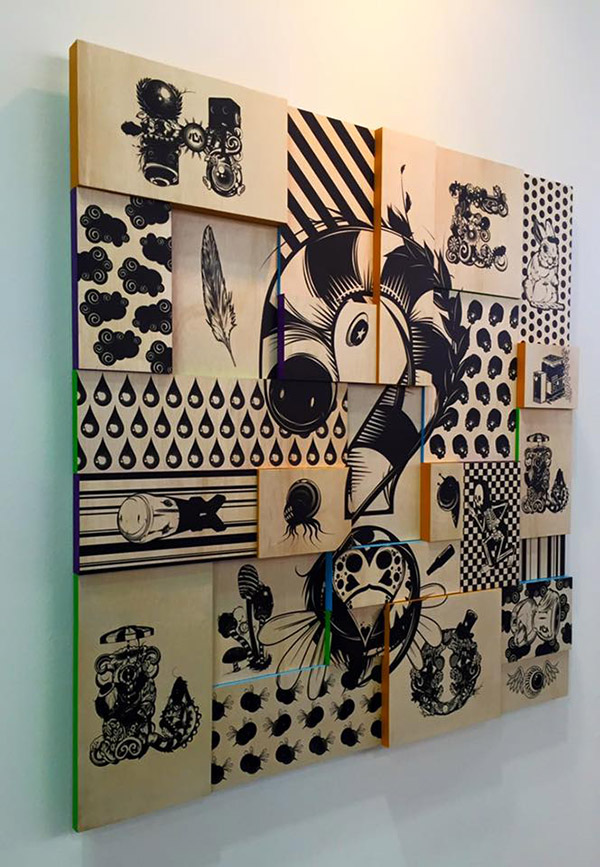 Besides his standalone work, Alvin will be showcasing an art piece done by Phunk Studio, at Art Stage Singapore 2016

New mediums that are technologically sophisticated are emerging. Do you feel that it’s necessary to adapt to the times and embrace such methods?
I guess it depends on which generation you’re from. If you’re from the current generation, it’s good to embrace both. I’m a nostalgic person. I love vintage stuff. But at the same time, I love sci-fi and everything futuristic – that’s duality right there. But by putting the old and new together, there’s retro-futurism, which is quite nice to work with.

Recently, I went to Melbourne and saw this show called Wurm Haus, at the National Gallery of Victoria. It’s a virtual reality show that’s quite mind-blowing. You have to wear the Oculus Rift and headphones to enter this 3D world. It was the best exhibition I’ve seen in a long while. That’s a prime example of combining traditional aesthetics with technology and I guess marrying both is very important in today’s context. I wish I did that piece of work.

Besides working on art and design, you’re also involved in Mystic Vintage and Canvas. What else do you see yourself diving into?
I’m easily distracted, which is not a good thing. These three things are keeping me quite busy. Thankfully I have partners in all of them, so we delegate the work. If there’s something I would really want to do if I had the free time, it would be trying to be a mixologist. I always like concocting things and playing with ingredients.

What’s in the pipeline for 2016?
I’m thinking of continuing the theme of working with hearts. I’ll be showing an installation piece at the Singapore Design Week in March. There’s an exciting branding project in Bali later this year. Apart from that, it’s just me enjoying the process of building my solo works and letting the pieces fall into place.