After a lengthy time spent on the sidelines due to an injury, Singapore’s first Mixed Martial Arts fighter Radeem Rahman will return to the ONEFC cage in May to take his opponent down. He tells us he’s recovered and ready. Boxing. Muay thai. Brazilian jiu-jitsu. These are some of the fighting styles that Mixed Martial Arts (MMA) practitioners can employ when competing against each other in the cage/ring, whether it’s a stand-up slug fest or a ground assault.

The rules give fighters a variety of ways to triumph over their opponents. Traditional methods include knocking them out or going to the judges’ decision, but putting them in a submission move and making them tap out in defeat works just as well.

For the last three years, fight organizer ONE Fighting Championship (ONEFC) has played a major role in popularizing MMA in Asia by putting up exciting fight events that pit the best fighters around the region with each other. Returning to the ring next month after prolonged injury is Singapore’s first MMA fighter, 27-year-old Radeem Rahman from Evolve MMA gym. We speak to him after a masterclass organized by ONEFC to get his thoughts on returning to the cage. 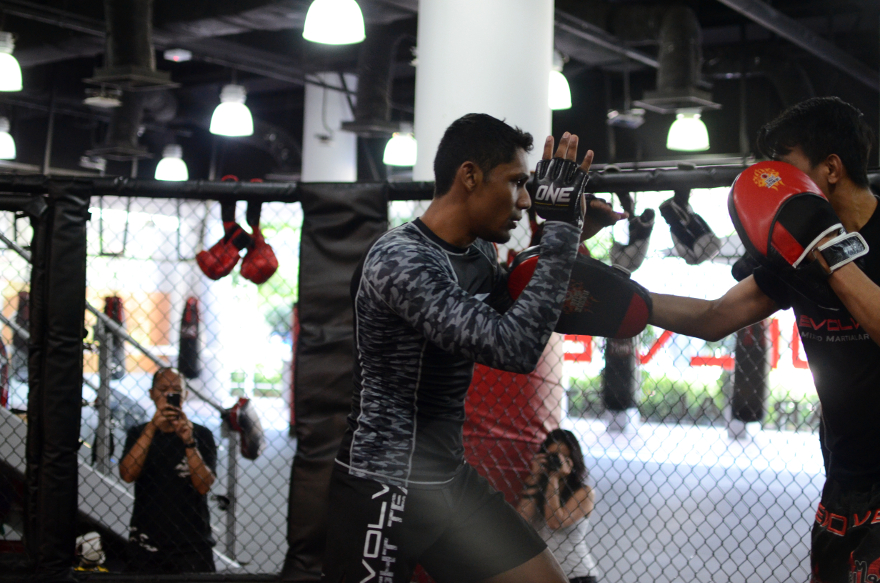 Hi Radeem, did you start off as an MMA fighter?
Nope, I started off with Muay Thai as a hobby when I was 16 or 17 and went on to compete with striking as my fighting base.

What changed, then?
When I joined Evolve MMA, I was introduced to Brazilian jiu-jitsu and wrestling and realized the importance of having a secondary fighting base. I developed an interest in these fighting styles and began watching MMA fights, learning about the rules and how fights go.

How different is an MMA fight compared to say, Muay Thai or boxing?
MMA is adrenaline-pumping, non-stop action. In Muay Thai, you don’t have to worry about fighting while on the ground; you just stand back up and engage. For MMA, you can’t just engage blindly, you have to be wary of getting taken down and your opponent pulling a submission move on you. MMA fighters tend to be all-rounded although each has his or her own preferred skill set. 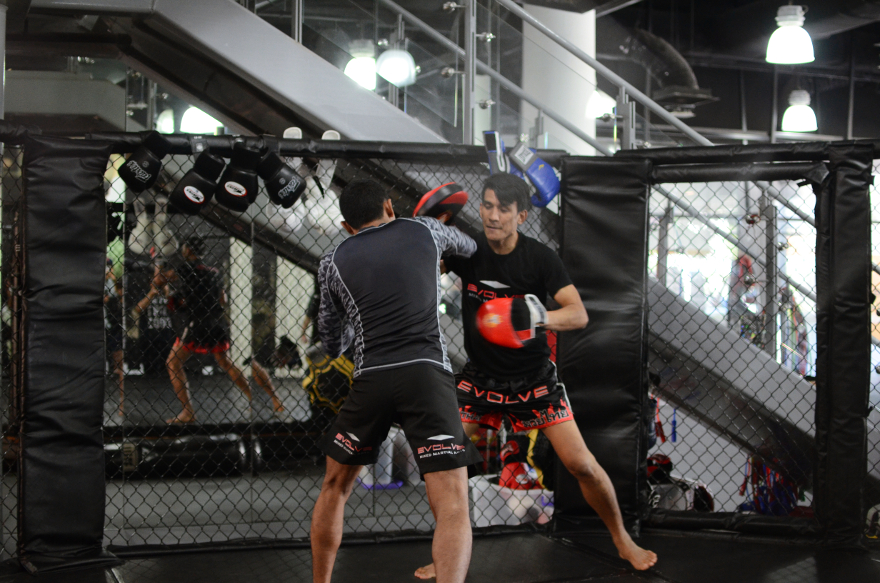 Fights and training sessions are all learning experiences for the fighters

You’ve been sidelined for quite some time, what happened?
I tore the anterior cruciate ligament (ACL) in my knee and had to go through surgery and rehabilitation, so it took a while to recover. I was frustrated because I couldn’t run nor shadowbox. I even fell down when I tried to move. It was only last October that I fully recovered and got back to training.

As a professional fighter, what’s your training regimen like?
I train five days a week, up to five hours each day. Four hours are spent on professional fighter’s training and one hour on grappling. I also visit the gym on weekends for strength and conditioning, which I’ve realized is important for reducing the chances of muscle and ligament injury.

Entering your second professional fight, how different is your approach this time compared to your debut?
This time, I feel evolved as a fighter. I’m no longer one-dimensional and only capable of striking. For this second fight, I think a lot of people will be surprised to see how different I am now. If the fight goes to the ground, I’ll use wrestling to take the opponent down and use jiu-jitsu to submit him. Of course, in MMA you cant be over-confident, so I’ll just follow the gameplan and do what I’m supposed to do.

Fighting’s as much a physical battle as it is psychological. How’s your mental preparation?
For me, I just want to relax myself, go out there and enjoy the fight. There’s no stress…in fact I feel quite excited to be back in the cage. I want to test myself. It’s like taking an exam after having trained so hard, to see if I pass or fail. 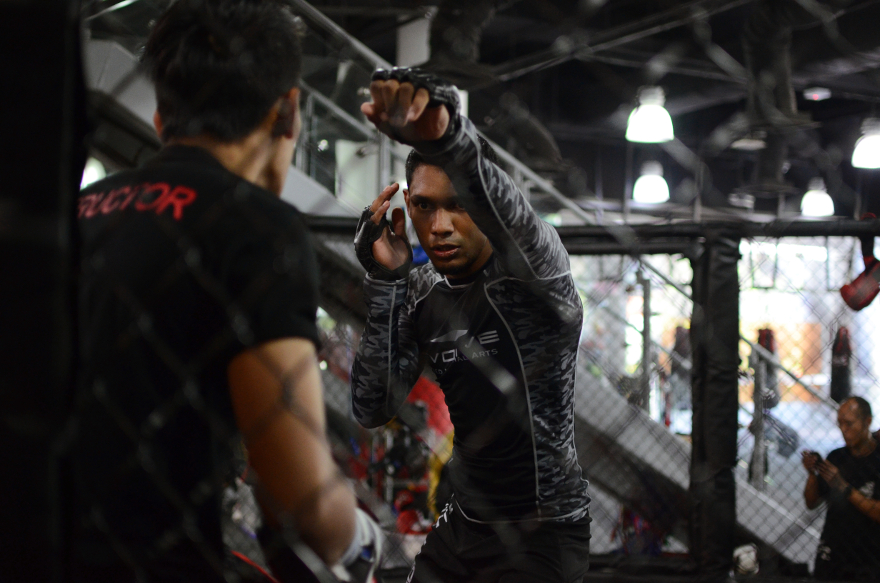 Fights can either go the distance or be decided by a split-second knockout. How important is speed in your arsenal of fight skills?
Speed and skills are both important and have to be balanced. You may be fast, but if you don’t have proper and accurate punching skills and techniques, the opponent won’t feel anything. For me, I work on my speed a lot. I like to be explosive and strike with speed; if I hit the opponent it may result in a knockout, otherwise I can set it up for a take-down.

Now that you’re back, any goals for the future?
I definitely want to be a champion, but what’s most important is to keep on improving every time I step into the cage. Just like how practice makes perfect, I’m always training my timing as well as reaction and seeing how to open up my opponent’s defense. MMA requires thinking and is different from hitting a punching bag.

Some people are on the fence about MMA. Coming from the sport, why do you think people should take it up?
Taking up MMA doesn’t mean you have to compete. MMA doesn’t just improve your fitness, it also teaches self-defense. It’s a two-in-one benefit compared to just hitting the gym. Without self-defense skills, you can’t do anything in a dangerous situation except shout and ask for help. You never know when MMA skills will come in handy.

ONEFC returns to Singapore on 30th May 2014 at the Singapore Indoor Stadium. Get your tickets here!