Heads up: Be sure to plan your 2014 holidays around these must-attend music festivals in Asia. St. Jerome’s Laneway Festival is a boutique indie music festival that began in Melbourne in 2004. It has since evolved from a street party to an established one-day touring event spanning four countries and eight cities.

Since its inaugural Singapore show in 2011, Laneway Festival has grown in popularity. This year, the Festival returns to the tranquil grounds of Gardens by the Bay. Will it be bigger? Will it be better? Who knows. But what we do know for a fact is that Laneway has the uncanny ability to sniff out promising acts and is always one of the first platforms to present them to music-lovers, and that alone makes it worth a must-attend mention. Baybeats is a free and non-ticketed 3-day alternative music festival showcasing a discerning selection of quality local and international acts.

Presented by Esplanade – Theatres on the Bay, Baybeats was launched in 2002 to create a platform to showcase indie-rock musicians in Asia, and to offer Baybeats as the essential destination to experience the spirit of indie music in Asia. The festival has been recognized as a springboard for local indie talents and has played an instrumental role in the development of these bands. The festival also celebrates the music-loving lifestyle with a festival village that brings together local indie craftsmen and entrepreneurs. Rock & Roots is a true testament to Timbre Music’s mandate of bringing quality musicians to Singapore audiences regardless of artists’ origins. Who can forget 2011 when Rock & Roots brought Bob Dylan to Singapore? Since it’s inception in 2010, Rock & Roots has managed to establish itself as a mainstay on Singapore’s annual concert calendar, and there’s good reason for this. Dubbed one of Asia’s largest music dance festivals, the 13th edition of ZoukOut held in 2013 saw its biggest crowd ever, attracting a whopping 41,000 partygoers from all over the globe.

To cater to its increasing popularity and demand, ZoukOut tweaked its program in 2012 to span two days instead of one. The event is known for its star-studded line up of DJs who spin the hottest electronic dance tracks on a beach setting with some of the hottest people around town and beyond. What’s there not to love about that? 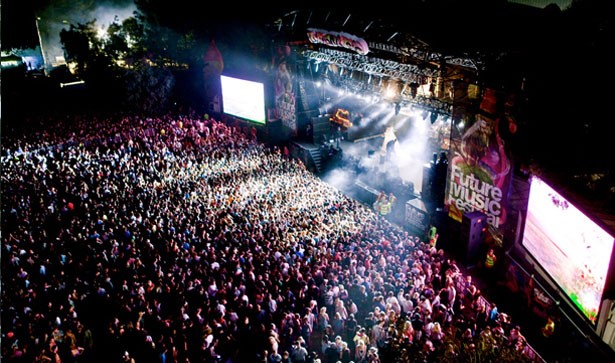 With an estimated 75,000 fans expected to converge over the three-days, Deadmau5 will take the stage on the opening day, followed by trance veteran Armin Van Buuren on March 14th. The main festival will take place on March 15th across four stages. In line with this year’s “Safari” theme, attendees are encouraged to come decked in Safari themed outfits and go wild as FMFA unleashes its unbelievable line-up of performers. 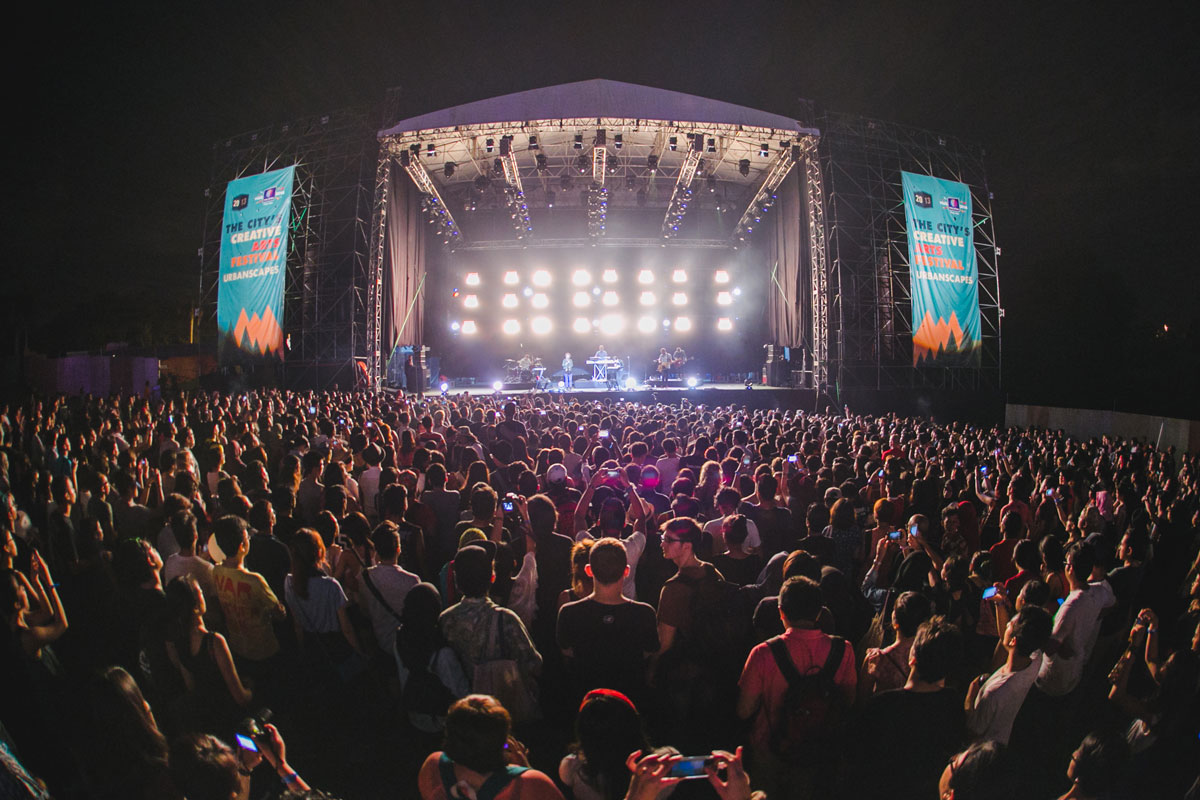 Malaysia’s largest and longest-running creative arts festival, which had its humble beginnings at an Italian restaurant in Kuala Lumpur in 2002, has come a long way.

Having started out as a festival comprising mainly local acts, Urbanscapes has since expanded and star-studded international and regional performers were added to the line-up in 2012. Last year, the festival was presented across four stages at the Malaysia Agro Exposition Park (MAEPS), the festival’s largest venue to date. 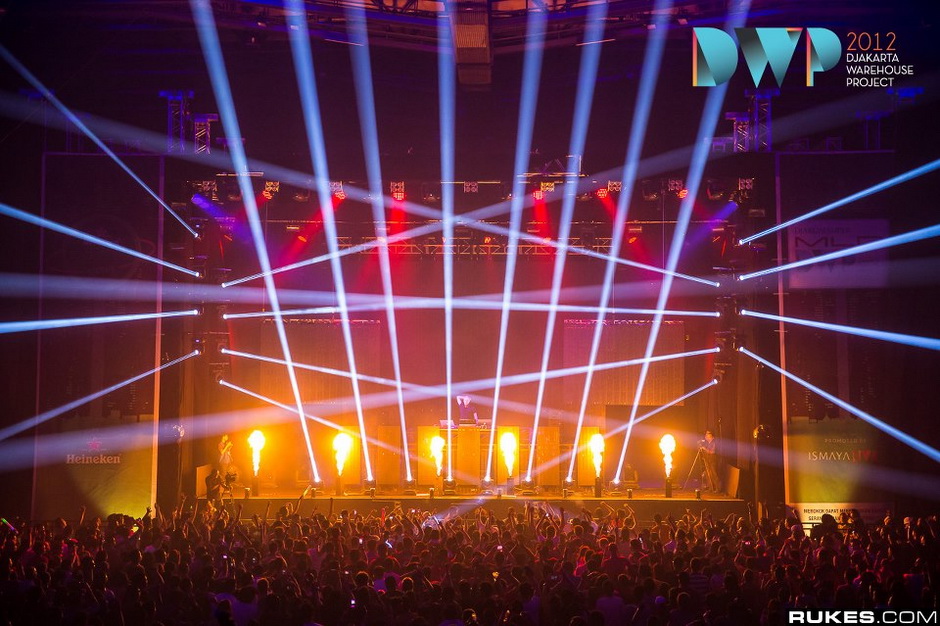 EDM junkies from around the world have been traveling to Jakarta to celebrate this festival each year like flies to light. You can only expect #DWP14 to even bigger and better this year. 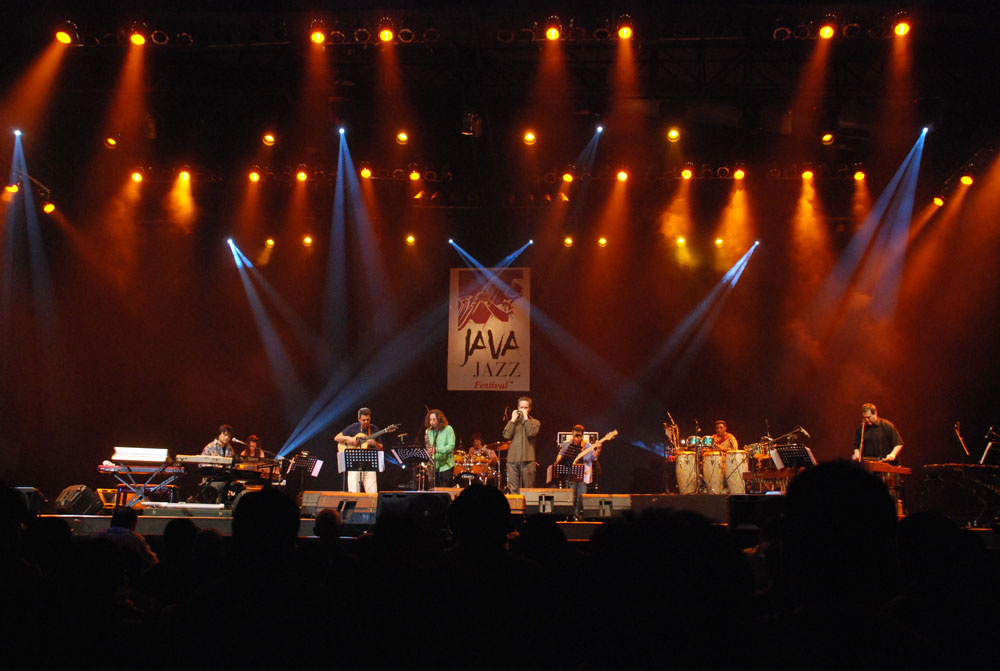 Jakarta International Java Jazz Festival (JJF) has established itself as one of the largest annual jazz festivals in the world since its launch in 2005. Through it’s motto “Bringing the World to Indonesia”, not only does the festival treat attendees to the sounds of jazz performed by renowned international acts, it also provides Indonesia’s jazz musicians an opportunity to showcase how they masterfully meld jazz improvisations with traditional Indonesian music.

In addition to the jazz genre, JJF also showcases spin-off genres such as the ‘jazz ‘n beyond’ form presented by DJs. Because of this, JJF’s performances attract audience from a wide range of age groups including teenagers who would typically be quick to call jazz old fashioned. Inspired by international festivals such as Glastonbury, Fuji Rock and South by Southwest, the festival has managed to strike a fine balance between showcasing some of the world’s most established acts, while putting a strong spotlight on the region’s finest up-and-coming musicians. The festival draws a diverse range of the population and provides a fun atmosphere for all ages. For music lovers, Clockenflap is a place to discover brand new talents and catch big names who would have otherwise never played in the city before. 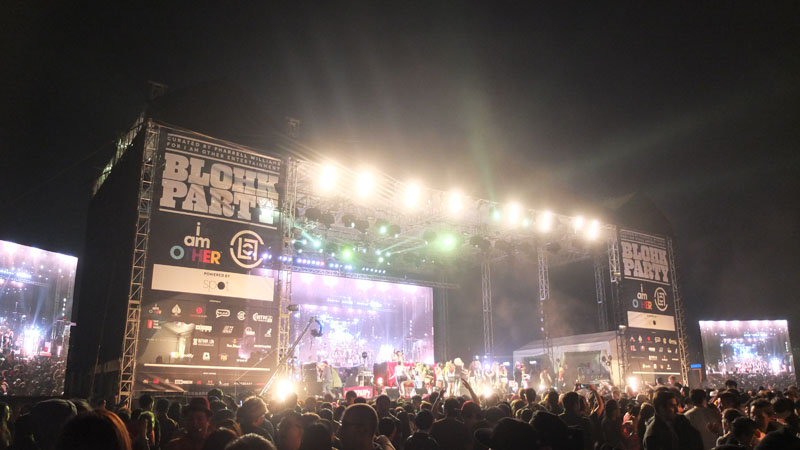 Despite being Hong Kong’s new kid on the blohk, this festival looks set to be a mainstay on the region’s festival calendar – it is on ours, at least.

Inspired by the well-known block parties of New York City, Blohk Party is a stylish explosion of music and culture, showcasing offstage festival fun and live performances from local and international acts against the backdrop of Hong Kong’s breathtaking city skyline. Last year‘s line-up was curated by Pharrell Williams, so we have great expectations this year. Experience walking through scenic forests and sparkling streams as you travel between the seven main stages and minor stages scattered throughout the site. Also not to be missed is the Dragondola – the longest gondola lift in the world, which carries festival goers up to the top of the mountain overlooking the festival site.

The hub of the site is called Oasis where more than 30 food stalls from around the world gather. The main site closes each night after the final act, but Oasis continues to stay open until late at night, as well as the Red Marquee where an all-night rave continues until 5am. Sonic Mania, is an indoor all night musical feast of live acts and DJ sets scheduled a night before Summer Sonic, a two day energetic and vibrant festival of the best Japanese and international rock, pop and indie acts held at the same time in Osaka and Chiba. A majority of the bands playing in Osaka the first day go to Chiba the following day, and vice-versa.

Located a half-hour train ride from Tokyo Station, Fuji Rock’s urban rival makes up in convenience for what it lacks in atmosphere. Summer Sonic boasts an extensive and variety filled options for all your senses. You’ll be spoiled for choice with the never-ending food options located within the premises. Whether you’re looking to recover your body from the sweltering heat at the massage parlor, indulge your inner child with some face painting or simply chilling out to enjoy the numerous sideshows, there’s always something unique to experience at the festival. Ultra Music Festival is a two day event where a selection of the world’s top DJs and Live Acts come together to create a music blast. The Ultra Music Festival originates from Miami (1991) but it wasn’t until 2012 did South Korea become one of the main hosting cities of the event. The Festival prides itself on its cutting-edge productions and has racked up a reputation for presenting the world’s biggest, most diverse EDM line-ups year after year.

Hosted at the Olympic Stadium in Seoul, the venue is spectacular, with over tens of thousands of people gathering to groove out to the assortment of heavy-hitting electronic dance beats. Members of the crowd are known to come in various states of dress and undress – some are decked in costumes, others go shirtless. Partygoers dance nonstop and only pause to grab a beer or energy drink from one of the many stalls lining the field. These are just some sure signs of a great party.