The legendary Stan Smith shoe is back on rotation and adidas has teamed up with five Asian designers to put their spin on the iconic silhouette. The first in the series is a collaboration with CLOT. 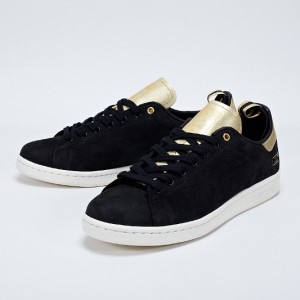 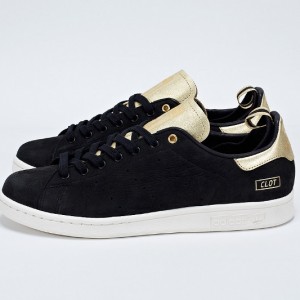 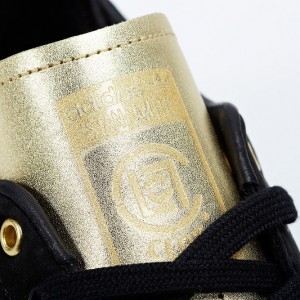 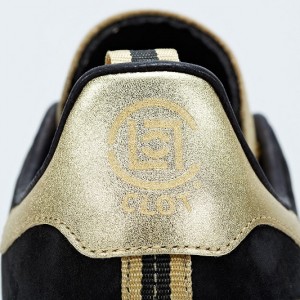 Following adidas Consortium’s initial original colorway release pack of the Stan Smith, the German sportswear and lifestyle brand is partnering with five designers from Asia for its Stan Smith Collaboration Pack. Their collaboration with Hong Kong streetwear label CLOT, by Kevin Poon and Edison Chen, is the first to be released.

The collaborative piece features black nubuck upper which contrasts with the metallic gold accents on the tongue, heel tab and heel patch. Soft leather lines the shoe and the footbed is composed of grip material in a repeated “CLOT” motif, preventing any slippage for the wearer.