The long-anticipated adidas Dragon Ball Z collaboration will drop its first round of sneakers on September 29. The adidas Dragon Ball Z collaboration will launch its second round of sneakers next Friday, October 26. The adidas Deerupt “Son Gohan” and adidas Prophere “Cell” will retail at S$180 and S$260 respectively. Cop these sneakers at adidas Originals Pacific Plaza and adidas VivoCity and also online on adidas.com.sg come drop day.

Limited Edt will also be releasing these, with more updates set to come.

All that’s left are the adidas Ultra Tech “Vegeta” and adidas Kamanda “Majin Buu” silhouettes which will drop next month before the final release in December – the adidas EQT Support Mid ADV PK “Shenron”.

The seven-sneaker collection is scheduled to release in phases starting from September to December 2018.

It’s been a long time coming. After months of hype, the official release details have finally been announced for the adidas Dragon Ball Z collaboration. According to adidas Originals, first on the release schedule will be the adidas ZX 500 RM and Yung-1 silhouettes inspired by Son Goku and Frieza respectively, launching on September 29. 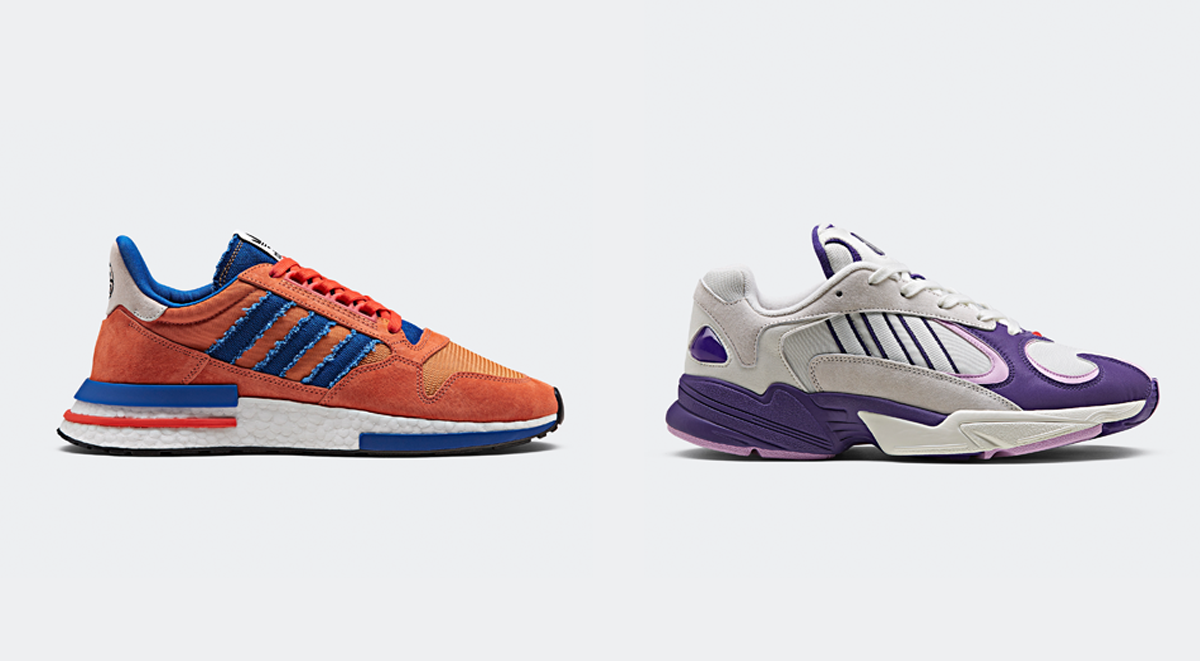 Each sneaker in the collection takes on either a hero or villain character from the cult anime series.

It comes as no surprise that the Son Goku and Frieza sneakers are first in line to drop, considering the series timeline and the legendary battle between the two characters. But the battles won’t stop there. The entire sneaker collection is expected to feature other iconic duels between heroes and villains as well.

That said, two sneakers will be released each month to highlight the duels. This will all build up to the singular drop of the Shenron-inspired EQT Support Mid ADV PK later in December.

Here’s where it gets extra exciting for huge fans of the anime series. Each pair of sneakers will come in a box that features just a part of a graphic image of the seven characters – reminiscent of original Dragon Ball magazines back in the day. But that also means you have to cop all seven pairs in the collection to complete the full image.

If you’re planning to do just that, kickstart your collection with the release details below.

The ZX 500 RM and the Yung-1 will launch on September 29, retailing at S$300 and S$230 respectively. These will be available at adidas Originals Pacific Plaza, adidas VivoCity, Limited Edt and adidas.com.sg.

Stay tuned for updates on the next round of releases in October!
Hint: The Son Gohan and Cell inspired sneakers are up next.

Which of the two would you snap up? Let us know your thoughts in the comments below.

Read more: here’s where to buy the Adidas Falcon in Singapore