The Adidas Pharrell Hu Training Gear drop in KLCC, Malaysia, led to someone getting punched.

An unofficial queue for the Adidas Pharrell Hu Training Gear launch in KLCC resulted in someone getting punched in the face.

The news came to light in an Instagram post by @store_box (post above). The video, which has been flagged by Instagram as “Sensitive Content”, depicts two men engaged in an argument, and one of them is punched by the other shortly after.

Dispute over an unofficial queue

According to World of Buzz, the dispute began after fans (including the guy whom eventually got punched) who camped overnight for the Adidas Pharrell Hu Training Gear were told to abide by an unofficial list introduced by the puncher.

Moments before the victim is punched, he is seen stepping up to the puncher. The rest, as you know now, is history. The victim allegedly broke his nose in the attack and has since filed a report with the police. 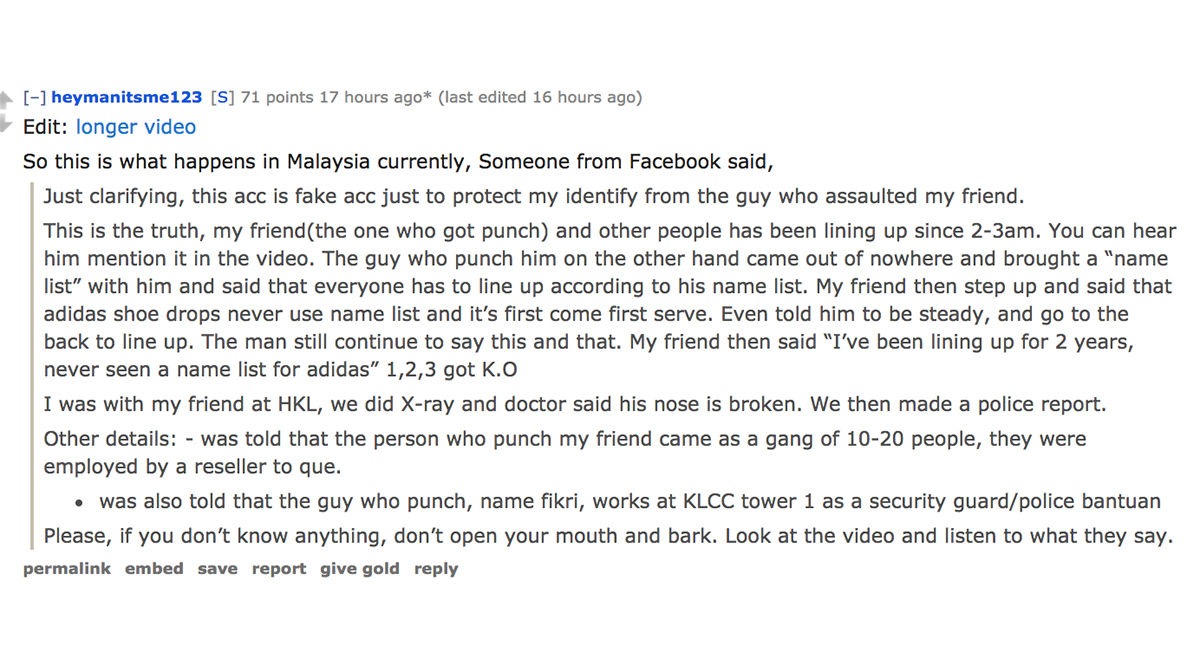 The full comment was believed to have been posted on a Facebook group, along with a longer video of the accident, but both have since been removed.

The incident at KLCC in Malaysia is not an isolated one. Highsnobiety reported a separate case of violence that broke out at the release of the same collection in New York.

As always, resellers take the blame for these acts of violence – after all, what else but money could drive people to act so crazy at sneaker drops?

Can brands do anything to ensure safer shoe drop events? Or is it out of their hands? Air your views in the comments below.