The Adidas x Pharrell ‘Powder Dye’ collection, which celebrates the Holi festival, will be the last release of the Holi Hu capsule. 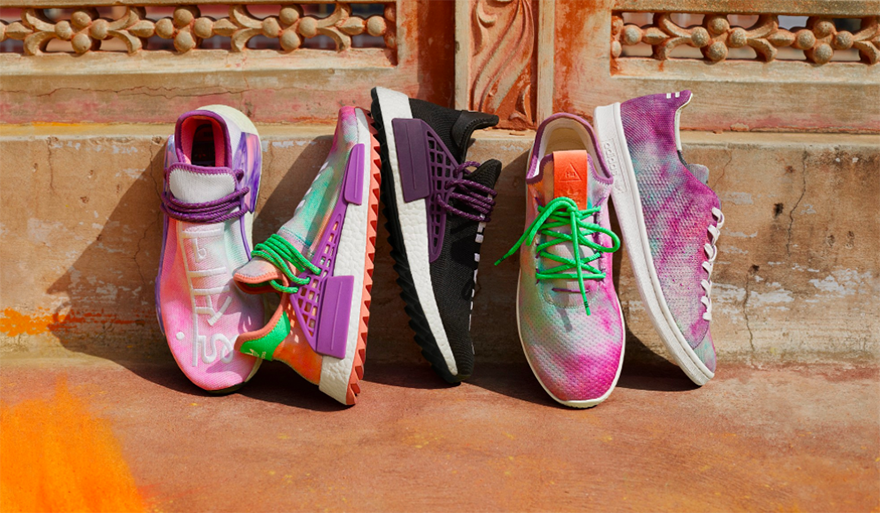 The Adidas x Pharrell ‘Powder Dye’ collection will be released this month.

The collection comprises five sneakers, three of which utilize the NMD Hu silhouette. Other silhouettes used include a Tennis Hu and a Stan Smith.

A celebration of color

As a tribute to the traditional Holi Festival (usually held March 1-2), the shoes will feature a pastel multicolored outer – giving the appearance of dried Holi powder. Other highlights include Devanagari typography embroidered on its upper, yet another nod to the Indian festival of color.

The collection also features a range of powder dyed apparel to complement the pastel colored shoes. The clothing feature both Adidas and Hu branding. Details are scarce, but the collab will be released in Adidas stores and retailers such as End Clothing on Friday, March 16.

Don’t forget to check back with us for more local release details. Meanwhile, watch the campaign video below or click here for more information.

Would you cop the upcoming Adidas x Pharrell ‘Holi Hu’ capsule collection? Let us know in the comments below!