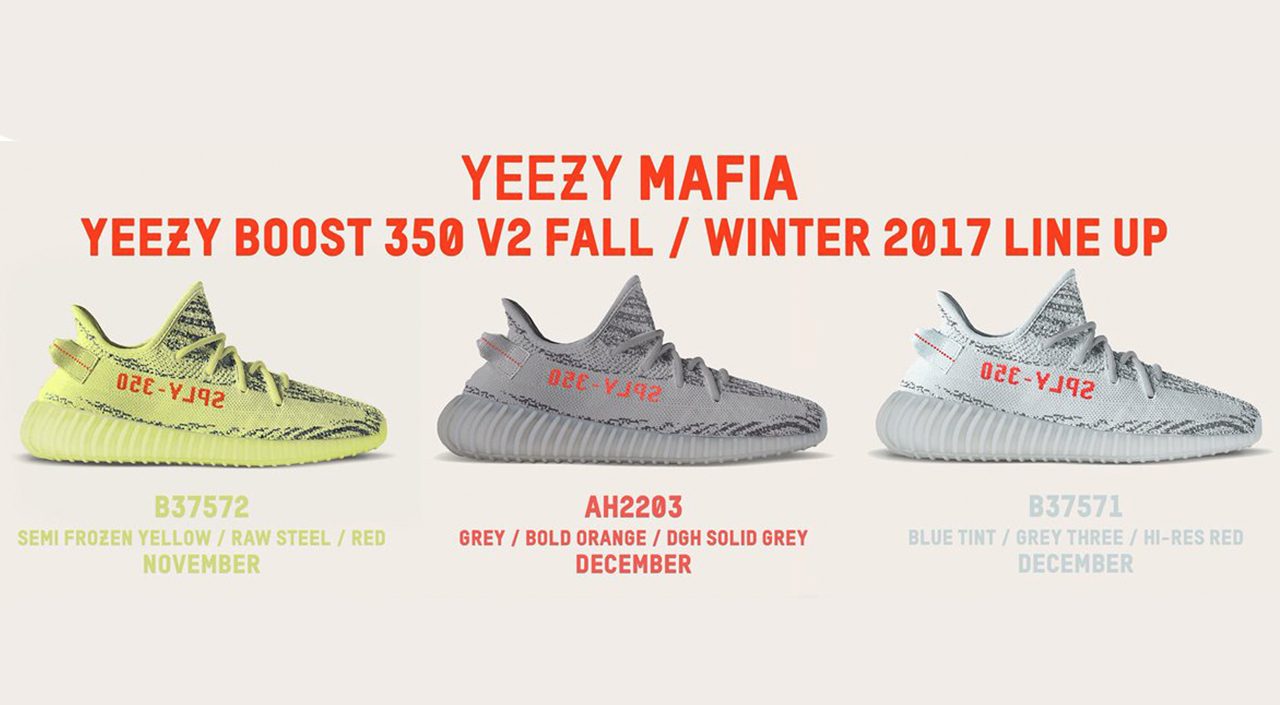 The Adidas Yeezy has been rescheduled to drop in Winter instead.

According to Twitter user Yeezy Mafia, the shoes are rescheduled to release over the months of November and December 2017, and January 2018.

Sneaker News reports that the Beluga 2.0 will release sometime in December 2017 instead of in October 2017, as we previously reported.

There’s also a surprise drop scheduled for October 2017, reports Sneaker News. Yeezy Mafia teases the drop as “something else” that will make the “lucky ones” happy.

Adidas and Kanye have not yet confirmed these updated release dates. Stay tuned to Straatosphere for the latest updates.