AFC (Asia Fighting Championship) had a lot to account for last week, when World Bodybuilding and Physique Sports Federation president Pradip Subramanian passed away after his bout with Steven Lim.

It was an utter tragedy as Subramanian was not involved with the fight until a day before the event. The initial fight was supposed to be a bizarre meeting between YouTuber Steven Lim and his fellow Singapore Idol alumnus Sylvester Sim. However, Subramanian came in as a late replacement when Sim pulled out at the last minute.

The AFC bout led to the death of Subramanian by cardiac arrest. The unfortunate incident ignited a media frenzy with many influencers playing the blame game, creating rumors, and even using it as a tool for self-promotion.

With all the ridiculous reportage going on, it’s time to distill what happened and look at the things that really matter. Here are the questions that need to be asked and answered.

Q: Should they have brought in someone untrained on a day’s notice?
A: Absolutely not.

You don’t have to be an expert on combat sports to answer this. Training for a fight takes an average of four months. The time frame is not only to hone your skills for the fight but also to condition your body for physical stress of being in the ring. Late replacements do occur from time to time in organizations like the UFC. Anderson Silva, for example, stepped in on two days’ notice to face Daniel Cormier while Seth Petruzelli once famously took a fight in EliteXC on two hours’ notice. 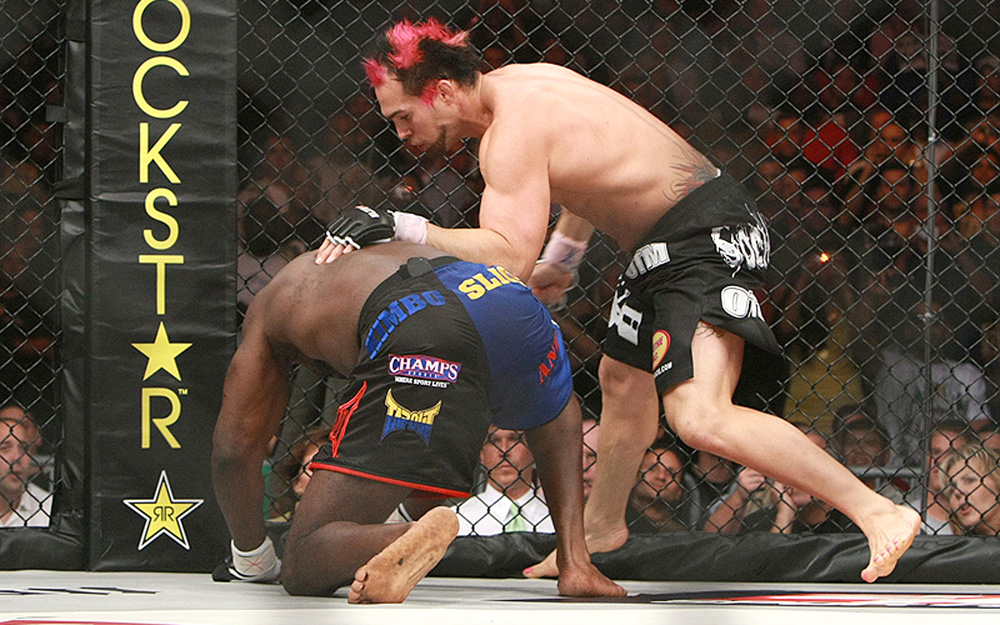 The main difference? Silva had already been training for a comeback and Petruzelli had a full training camp for another fight later on the card. This is something that should never have happened, especially in a debut fight. Even in top tier organizations, late replacements are generally a last resort. If the fight is not an important one, it gets scrapped. Which begs the next question:

Q: Should the fight have gone forward when Sylvester Sim pulled out?
A: No.

Celebrity boxing has its place in the world. The boxing scene loved seeing Vanilla Ice get his comeuppance from Todd Bridges. The only draw this fight had was that it was between two minor celebrities – minor being a bit of an overstatement as well. The minute Sylvester Sim pulled out, the fight should have been scrapped. It was a low bracket fight on the card and could have been rescheduled for another event. The omission of this fight would not have affected the event in the least so it is a mystery why it went ahead. 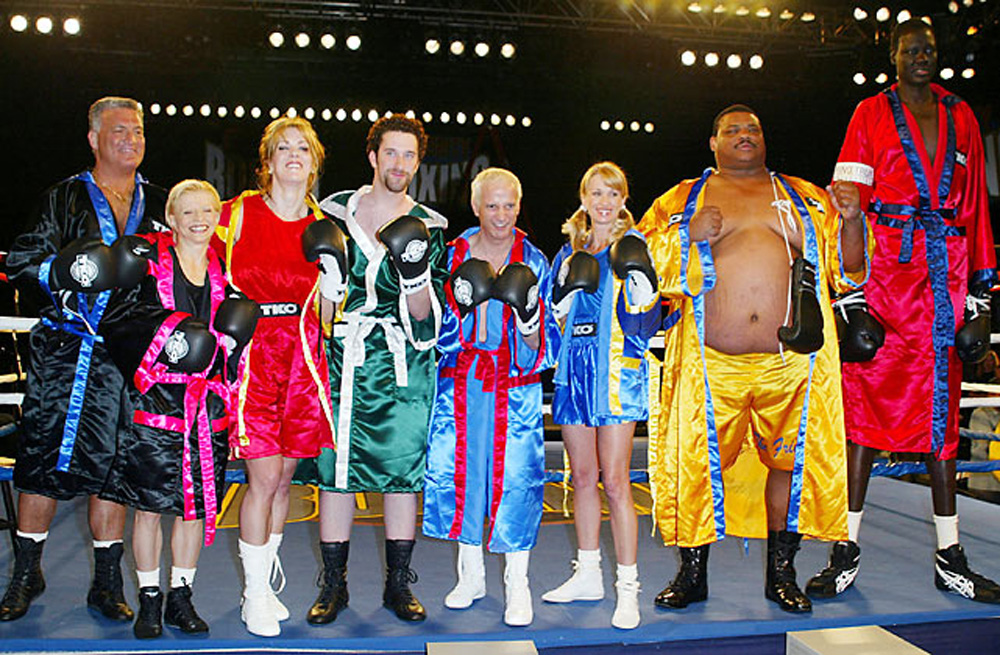 Q: Would protective gear have changed things?
A: Perhaps. But we do not know enough.

One of the hot topic questions arising immediately after the incident was, “Shouldn’t they have been wearing protective equipment?”. According to the rules of the Amateur Muay Thai Association of Singapore (AMAS), amateur fights require protective padding such as shin guards and headgear. This fight should have been nothing more than an amateur exhibition match. Even if Sylvester Sim had taken the fight, it should have been held under amateur rules with full protective gear. However, from what we currently know, Subramanian suffered a cardiac arrest and respiratory failure after the bout, and until the official medical statement is released, we can’t say for certain if brain trauma had any part to play in the tragedy.

On that note, protective gear has been a major talking point in combat sports for the last five years. This is because equipment like boxing head guards offer little defense against traumatic brain injuries (TBI). In 2013, the International Boxing Association (AIBA) made the move to ban headgear in a bid to reduce TBI in amateur boxers. It may seem counterintuitive at first but it makes sense when you read into the details. 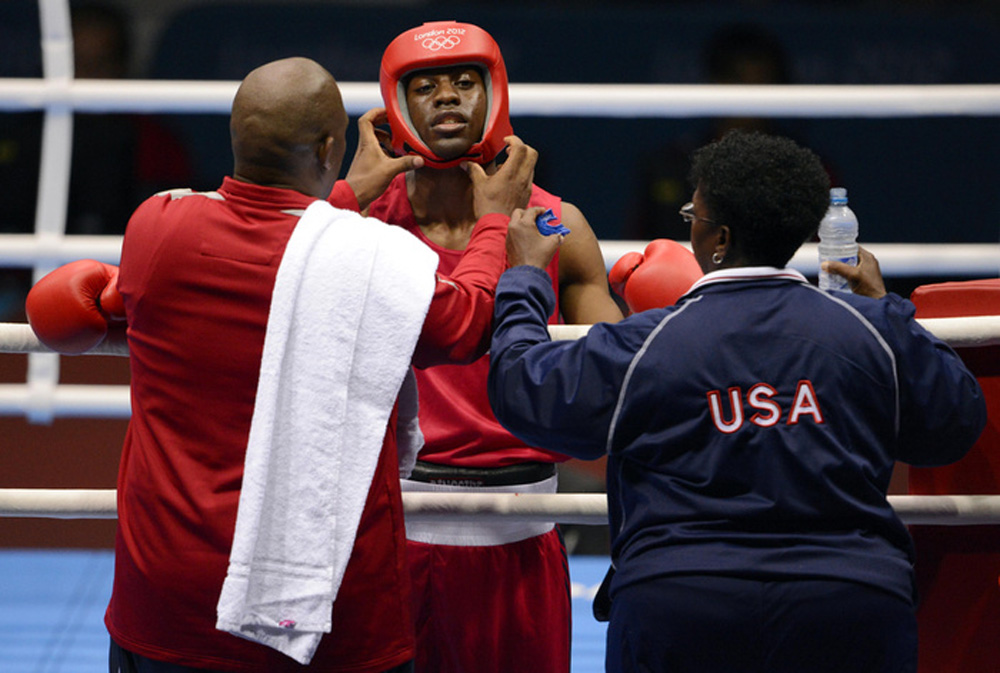 Head guards offer protection against superficial damage such as cuts or swelling but do little to contain the movement of the brain within the skull. What this means is that a fighter can endure surface injuries and stay in the ring longer without realizing the internal damage they are receiving.

As AIBA puts it, it obscures peripheral vision and also adds a false sense of security in the ring. Therefore, the efficacy of protective equipment is a challenging quandary for combat sports to address.

But that’s not going to stop people from participating in them. Whenever an incident like this occurs, combat sports go under the microscope. Earlier this year, Canadian veteran boxer David Whittom fell into a coma after his retirement fight. A month later, UFC journeyman Tim Hague passed away following a knockout loss while boxing in Edmonton. Detractors of the sport are quick to call for its prohibition when such accidents happen. However, when it comes to combat sports, we have to remember one thing: nobody enters into them thinking they are going to be safe. UFC Veteran Tim Hague passed away after a knockout loss in Canada.

The risks are more apparent than any other sport out there. If you decide to become a boxer or a Muay Thai fighter, you know you are going to get hurt. It is a personal decision that every martial artist makes before stepping up for competition. Making combat sports safe is a Zeno’s Paradox – you can try as much as you want but you will never actually achieve that goal.

Unless you somehow eliminate the contact aspect of it, combat sports will never be a hundred per cent safe. But banning the sport is not the answer, regulating it is.

Organizations cannot guarantee safety but they can endeavor to minimize damage. Fighters should be required to meet a quota of amateur fights before competing under professional rules, late replacements should only be done at the elite levels of the sport, and finally, exhibition fights should be nothing more than a light spar. 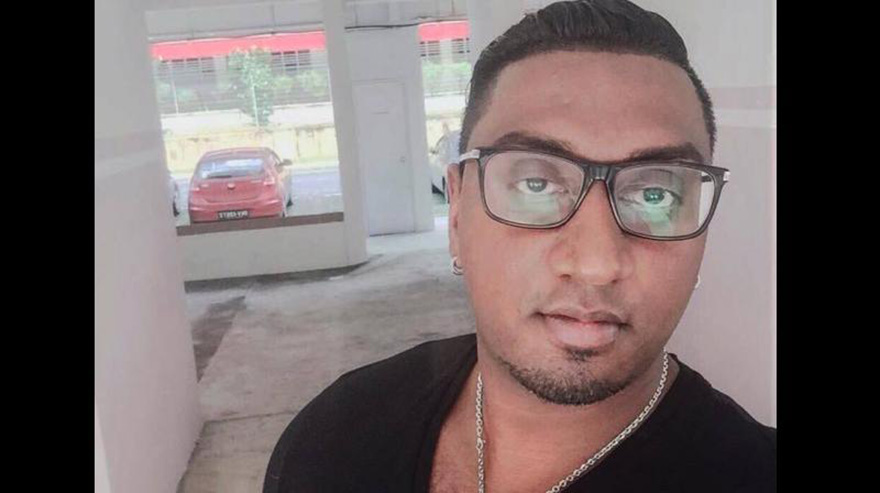 Pradip Subramanian: A son, a brother, and a mentor

It cannot be emphasized enough that the fight between Subramanian and Lim should not have gone ahead. It was a novelty that AFC should have called off when the original participants were no longer fighting.

As we move on from this heartbreaking event, we must remember that a family has lost a son and a brother. Further speculation and rumors only fan the flames of a fire that should not even be lit. Our thoughts go out to Pradip’s family and friends in this trying time.