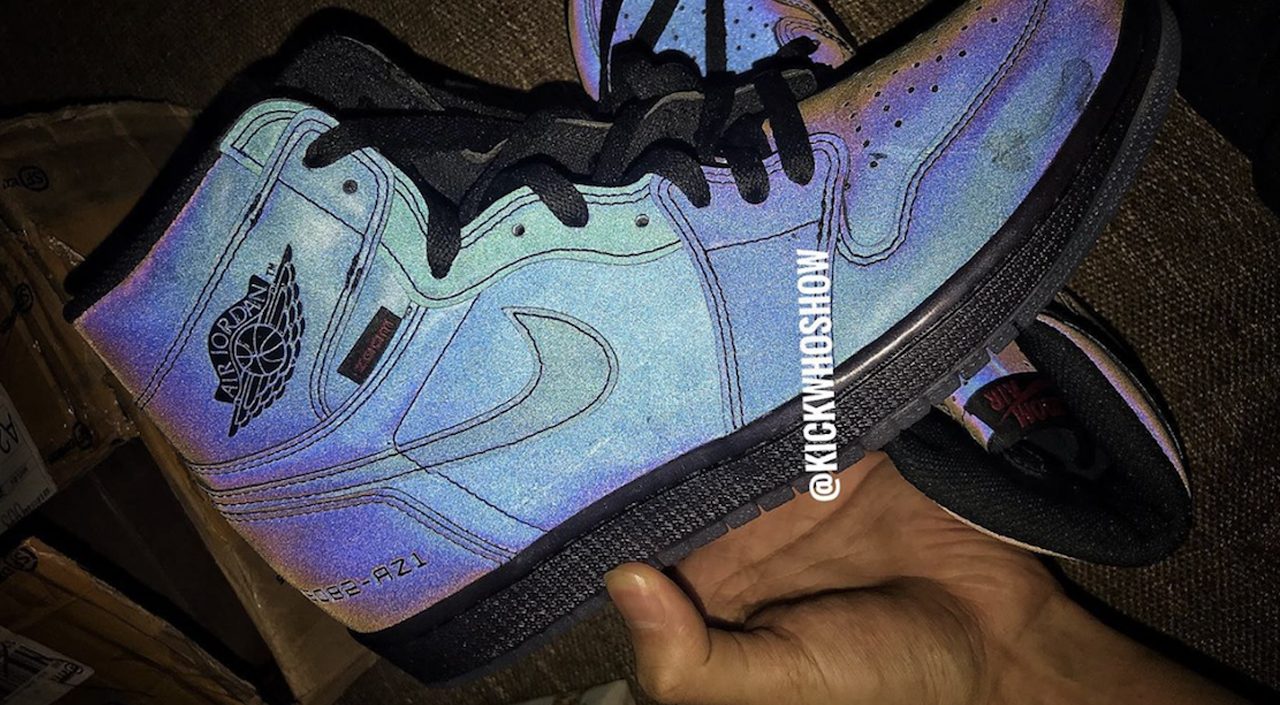 We’ve seen Michael Jordan’s signature first sneaker in a number of variations but this one is looking like a dream.

The indication of a Zoom Air unit can be seen from the insole and tongue branding as well as the “Zoom” tab just below the ankle overlay. The Zoom Air adds that extra bit of cushioning and responsiveness. But that’s not all. The Air Jordan 1 Zoom also features a striking makeup of reflective, iridescent uppers that will undoubtedly win over fans of the iconic silhouette.

According to @Kickwhoshow, the sneaker will drop sometime in December 2019. Whether that’s true remains to be seen. Check back with us when more details arrive soon.

What do you think of the Air Jordan 1 Zoom? Let us know in the comments below.

Read more: Kanye West is set for a bumper September with 11 Yeezys slated to launch