From Rejection to Propulsion: APL Shoes are “Too Good to be Worn in the NBA,” Say its Founders

From Rejection to Propulsion: APL Shoes are “Too Good to be Worn in the NBA,” Say its Founders

Some people take rejection the hard way, others make it work for them. Twin brothers Adam and Ryan Goldston, founders of Athletic Propulsion Labs (APL), tell us how the NBA’s ban of their shoe gave their brand the boost it needed. 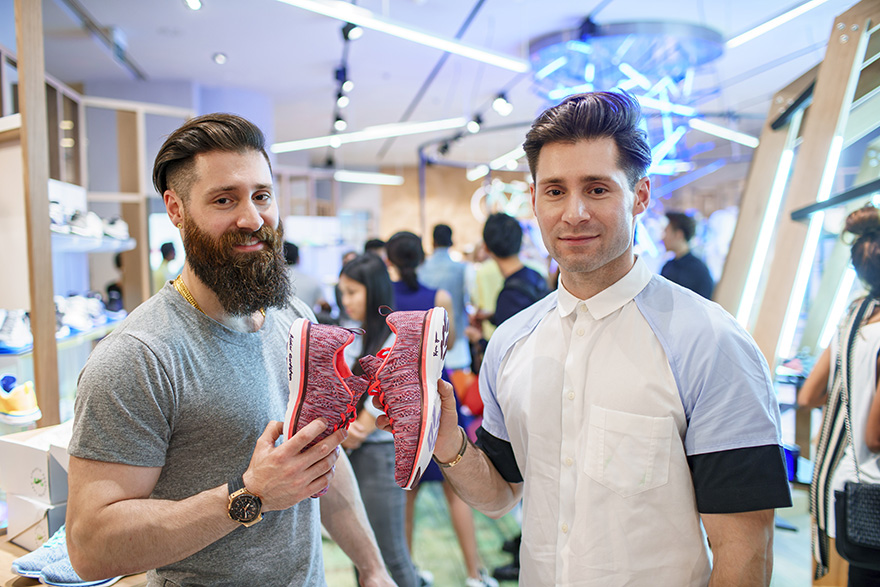 APL was born out of a great idea to increase the performance factor of footwear. What made you decide to start your own company instead of selling the idea to an existing brand?
Adam: Athletic Propulsion Labs was born out of our passion to create something for ourselves. We felt that there was something missing in the footwear market, and we wanted to create products that could be long-lasting and create a legacy. While we could certainly sell the idea to someone, we felt that nobody else could execute our vision the way that we had in mind.

Penetrating the footwear industry is daunting, especially if you factor performance into the equation. When you entered the market in 2009, how confident were you of creating shoes that could take sports performance to another level?
Ryan: We weren’t going to enter the market unless we knew we had a product that could really elevate sports performance. When we started the brand and did the product tests, people turned us down and told us that our brand would die before it even got off the ground. Adam and I had a gut-check moment and we had to make a decision over the brand’s future. If we couldn’t improve performance, then there was no reason for us to continue. But the tests showed otherwise, and we knew we had something special. Then came the matter of how we were going to get the world to notice our products, and NBA’s banning of the shoe gave us that platform. 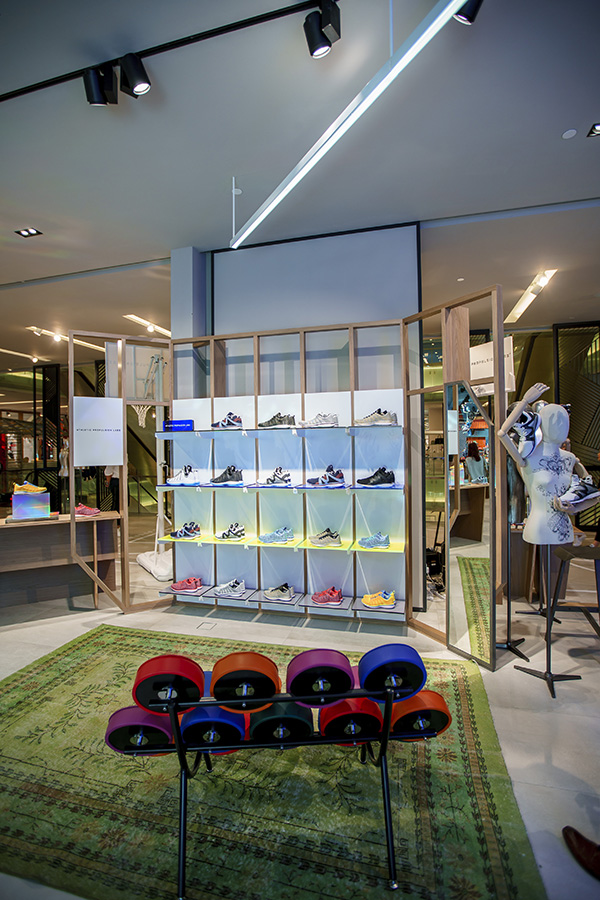 The ban imposed by the NBA certainly put the spotlight on the company. Talk us through that pivotal moment in your company’s history thus far.
Ryan: We had a lot of people, including NBA players, who were interested in the product. The way it works in NBA is, before August 1st of each upcoming season, you have to meet them and show your product. We were at the NBA Finals and David Stern, former commissioner of the NBA, and Adam Silver, the present commissioner, had told us to meet them in the office, because there was buzz surrounding our shoes. We went there in late July 2010, showed them the products and test results, left it with them, and they said they’d give us an answer within 24 to 48 hours. They ended up getting back to us on October 18th 2010, and they basically said “we’re banning the shoes because they provide an undue competitive advantage”.

So when that happened, I reached out to my professors from college who ran a public relations company, and we worked with them because we had no idea what to do. We put out a press release and the next day, our lives changed. It was the number one news around the world, one of the most trending searches on Google and there was a ton of articles published about it. The ban was the best thing that could have happened to us.

What’s your current stand on the situation? Would you want the ban to be lifted at this juncture?
Adam: Of course, it’ll be great to see the guys in the league do amazing things with our shoes, but at this point, we don’t need the ban to be lifted. No other footwear brand has been banned for performance enhancing reasons. There’s nothing better than to have a product that says “if you wear other shoes, you’re at a competitive disadvantage”. If we wanted to create a product that was allowed in the NBA, we could definitely figure it out. But at this point, it’s an amazing thing to say that our shoes are too good to be worn in the NBA. 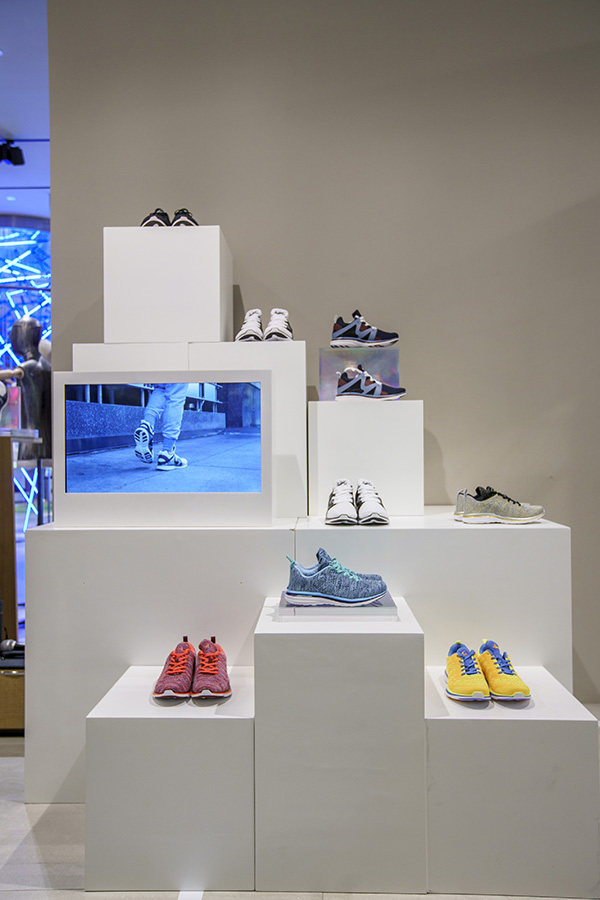 The surge in popularity must have given you ample opportunity to expand and create a creative working environment.
Ryan: We started with four employees and now have between 10 to 15 full and part time employees. We have a big manufacturing partner so we use them for a lot of logistics, sourcing and infrastructure. One of the unique things about us is that we keep all creative work in-house. So that’s really the core focus of our employees. Our office went from 60 to 8,000 square feet, and overlooks the city in downtown Los Angeles. There’s a lot of fun at the workplace, like ping pong tables, mini-hoops and a showroom. It’s a vast departure from where we started at.

With so much at stake, are you worried that your Load N’ Launch and Propelium technologies will be replicated in places such as China, where so many knock-offs are made?
Adam: That’s something that runs through our minds, but one of the things that we have to our advantage is that we have one of the largest sourcing and manufacturing companies as our partner. They’re located out of Hong Kong and China and I wouldn’t want to mess with them if I was a company making fakes. We can’t live our lives in fear, so we just create the best products and technologies and let them speak for themselves. If for some reason fakes get made, our products will still perform better than those knockoffs.

Is there room for improvement for the Load N’ Launch and Propelium?
Adam: We don’t necessarily have to make those better, because they are amazing by themselves. But other new technologies that we’re going to be introducing include 3-D stretch knitting for our shoe uppers that you will see in April. We’re just continuing to build off the foundation we’ve already laid, and continue to blur the lines between performance and fashion. We want to emerge on a global scale and become the go-to sneaker for everybody in Singapore. We’re starting to see collaborations involving performance footwear, not just lifestyle shoes. Could we see a collaboration coming from Athletic Propulsion Labs?
Ryan: There’s certainly a ton of interest from different people who want to do collabs with us, but we’re just actively scanning to see what’s the best fit for us. We want to make sure that everything is organic, and that we don’t over-saturate the market with collabs, because that’s one of the things that happens from time to time with certain brands and people. We want to make sure it’s special, unique and it makes sense for our brand and the brand we’re working with. At some point, you will see something from us, whether it’s with a retailer, or a media source, or an individual.

Besides basketball, running and training, which other sports would you like to create footwear for?
Adam: I think golf will be a good sector for us to enter at one point. One of the mantras of the company is that we try to solidify before we diversify. So right now we’re really focused on our three biggest categories – basketball, running and training. That’s where our mind is right now, but moving forward, we will only go into a category when we have an innovation for it and feel that we can change that market.

Famous personalities like the Kardashians are known to be fans of your brand. How do you get people like them to “endorse” your product without actually signing on the dotted line?
Ryan: One of the reasons why they resonate with our brand so much is that we create a product that just speaks to them to begin with. One of the things we do is to try and create stuff that people want, before they know they want it. Sometimes it’s challenging and difficult, but it’s a great process. It’s really great to see that you get these people who are so influential supporting the brand. It speaks to them the same way it speaks to the customer who walks into a store and buys our product. It’s great to have conversations with people around the world, who may not be top-class athletes, and have them tell us their experience and what improvements they want to see. That’s important to being a global brand today. If we were to ever work with endorsement or people that we endorse, we would work with them to actively create products. But at this point, we’re the ones that are focused on creating stuff and they’ve just organically supported the brand.

In Singapore, your shoes are now available exclusively at Pedder on Scotts. What does the Singapore market mean to you and why did you choose Pedder?
Adam: It’s really exciting for us, because Ryan and I first visited Singapore in May 2014. We came here and we were enchanted by the place and excited by the market. Shopping is a big thing here, and the retail experience here is different from other places. What we found with Pedder is that they tell an amazing brand story, not only for us, but for the other brands they carry. The customer experience when you walk through the location is unlike any other place. They’re representative of our brand and articulate our brand message well, whether it’s in the U.S. or in Singapore.