30 years of the Asics Gel Lyte III: A look back at some of its best collaborations

30 years of the Asics Gel Lyte III: A look back at some of its best collaborations

A list of the most notable Asics Gel Lyte III collaborations that have been released in the last three decades. 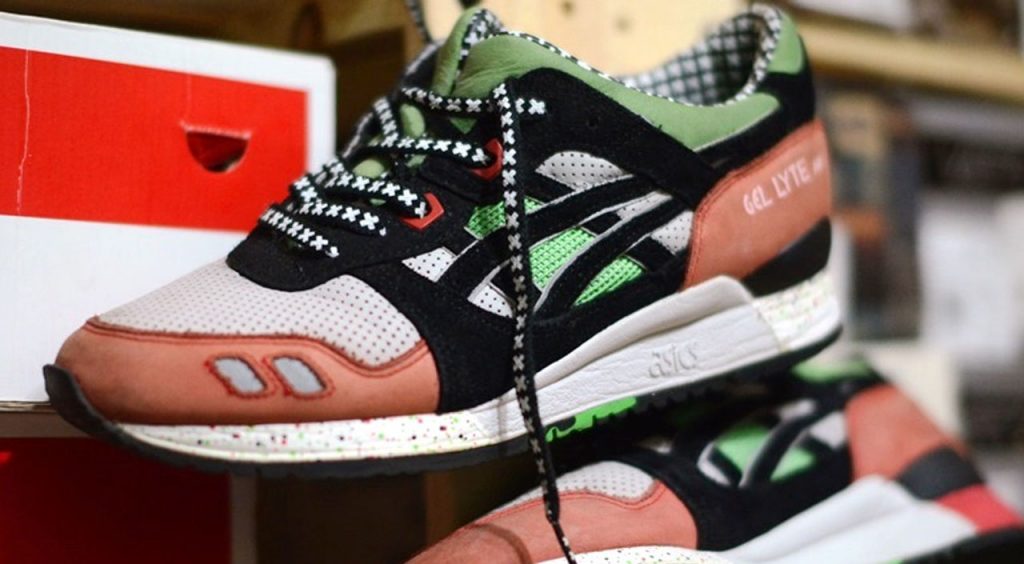 The Asics Gel Lyte III is arguably one of the most iconic sneakers the Japanese sneaker brand has ever made. Its revolutionary Gel-Lyte midsole, adaptable split tongue and edgy design made it the perfect canvas for decades worth of colorways and collaboration.

This year, the sneaker celebrates its 30th anniversary. As an homage to the silhouette, we decided to take a journey down memory lane and explore the best Asics Gel Lyte III collaborations that we’ve ever set our eyes on.

The Gel Lyte III has been the silhouette of choice for prominent designers and figures of sneaker design. Ronnie Fieg is a name that’s top-of-mind, and rightfully so. The streetwear mogul created the “252” collection back in 2007 and its colorful yet cohesive colorways grabbed the attention of sneakerheads. The super limited drop had revived interest in the long-forgotten silhouette. Patta and Alife followed suit, introducing the world to their take on the Gel Lyte III and solidifying the silhouette’s presence in the sneaker scene. The collaboration that started it all, the David Z x Ronnie Fieg x Asics Gel Lyte III. This collaboration was one of the earliest creations from Ronnie Fieg. Fieg designed the sneaker while working at David Z, way before he had set up Kith. The collaboration saw three different colorways applied to the classic runner with only 252 pairs made of each. All three colorways sold out within 24 hours and caught the attention of publications like the Wall Street Journal. 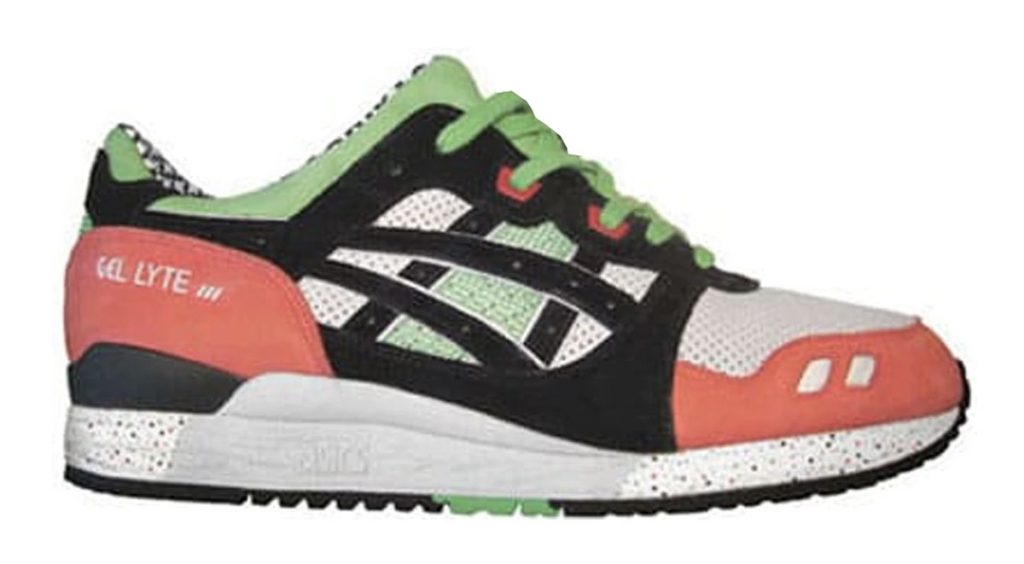 This Asics Gel Lyte III is the first collaboration Patta had released with a major sports brand. The team at Patta drew inspiration from Amsterdam’s coat of arms, using a mix of red, black and green all across the upper. This color scheme would lend inspiration to a future Patta and Asics collaboration on the Asics Gel Saga.

The “Salmon Toe” Asics Gel Lyte III was nearly axed when Ronnie Fieg doubted his original design. The sneaker’s bright toe box received mixed reception from Fieg’s acquaintances. As a result, he shelved the idea for two years before releasing a single pair through a contest. Almost immediately, he received petitions demanding for the sneaker to be released to the public. The sneaker came with a US$200 wooden box or US$130 blue box option. Both variants sold out quickly and today, they each sell for about five times their original retail price. German boutique, Afew, fully embraced Asics’ Japanese heritage for this collaboration. The Afew x Asics Gel Lyte III’s colorway is inspired by koi fish and came in a wooden bento box. In each box was a set of Afew chopsticks, a book explaining the collaboration, “soy” and “wasabi” colored socks and a branded dust bag. The sneaker itself has so many intricate details that we can’t list them all here. A collaboration sneaker you simply have to see in person. Kith brought Moncler and Asics back together in 2017 to create a winterized pair of Gel Lyte III. Both brands had previously worked with each other in the ‘70s with the aim of expanding Asics’ range to include winter gear. This simple yet refined Gel Lyte III symbolizes one of Asics’s earliest partnerships. In celebration of their 2008 collaboration with Asics named “The Sun”, Solebox partnered with Atmos to release a special threeway collaboration. The end result is a sneaker that embodied the design sensibilities of both labels. This Gel Lyte III sports Atmos’ signature tiger stripe camo mixed with pops of purple seen on the 2008 collab. To top off “The Sun” reference, the sneaker shines when hit with direct light.

Representing Singapore is the Limited Edt x SBTG x Asics Gel Lyte III “Monsoon Patrol”. These wet weather-ready sneakers dropped back in 2018 and drew inspiration from SBTG’s military aesthetic. To perform up to its name, the sneaker sports a nylon upper that is built to tackle the wet weather that we experience during the monsoon season. Combined with its luxurious suede panels and refined construction, the sneaker gave a smooth and comfortable ride even in the heaviest of downpours. 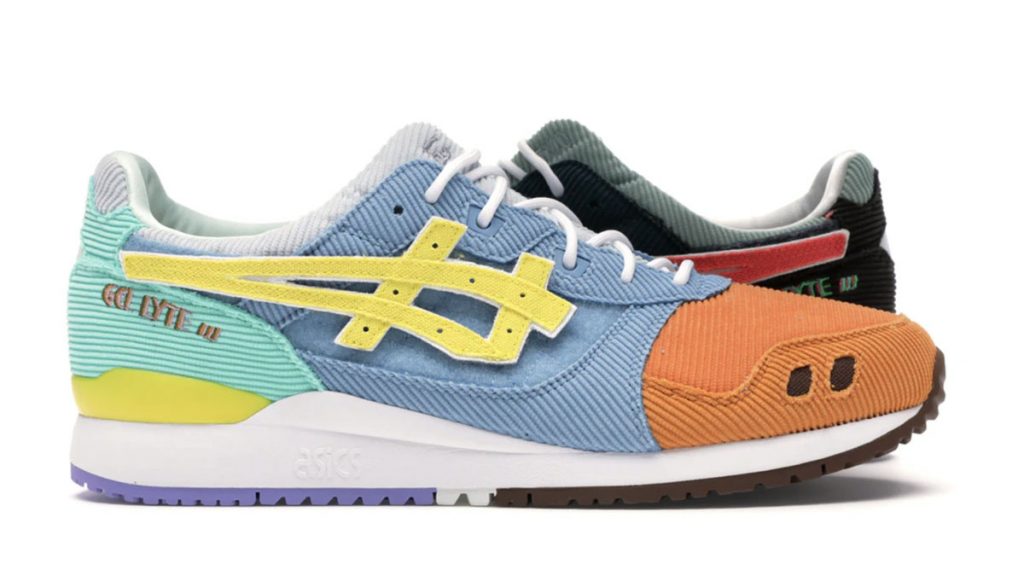 Need we say more? The sneaker is a follow up to Sean Wotherspoon’s massively successful Air Max 1/97. Just like its Nike predecessor, the Asics Gel Lyte III sports a colorful, full corduroy upper set on a white midsole. Each side of the sneaker sports a different color combination, playing into the vintage and DIY vibe that Wotherspoon is known for. To really home in on the DIY element, the sneaker comes with interchangeable Velcro badges.

If you had to pick one, which of these Asics Gel Lyte IIIs would you add to your rotation? Share your thoughts in the comments section.

The products featured above are from our affiliate partners StockX. We do our best to curate recommendations that are relevant to you.