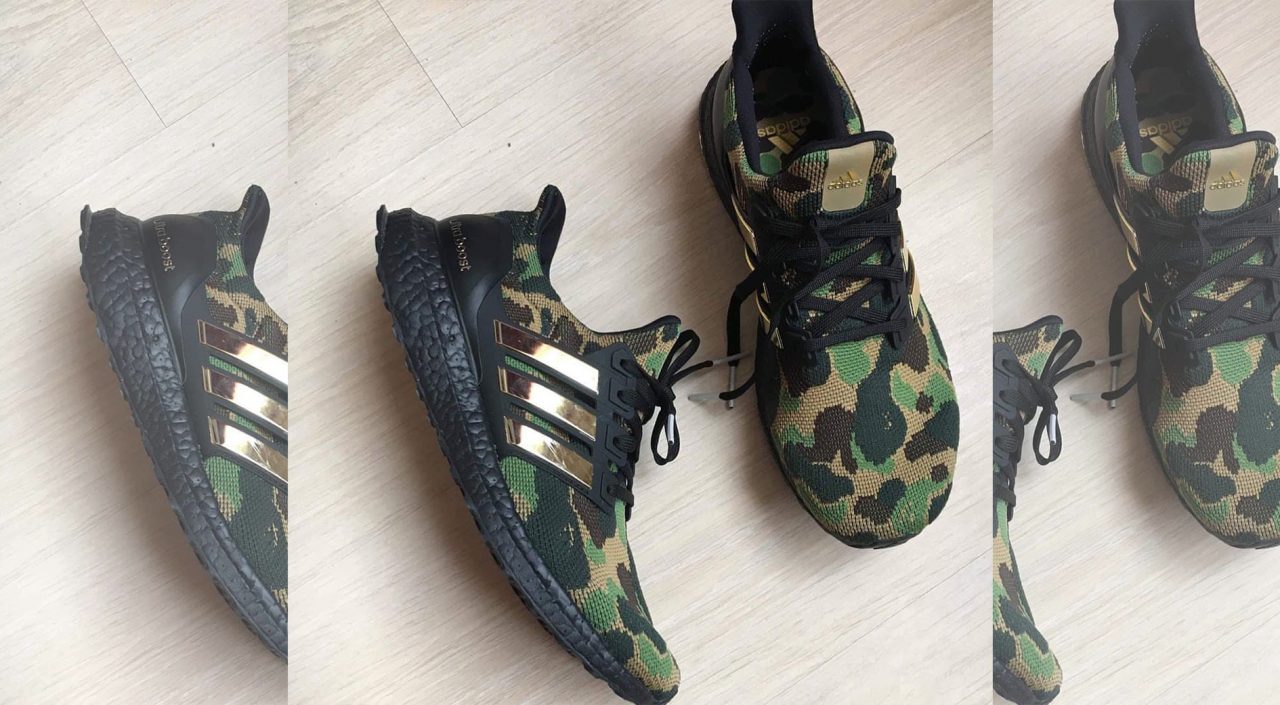 A Bape Ultraboost will drop in February next year. We get a first look at the samples here. 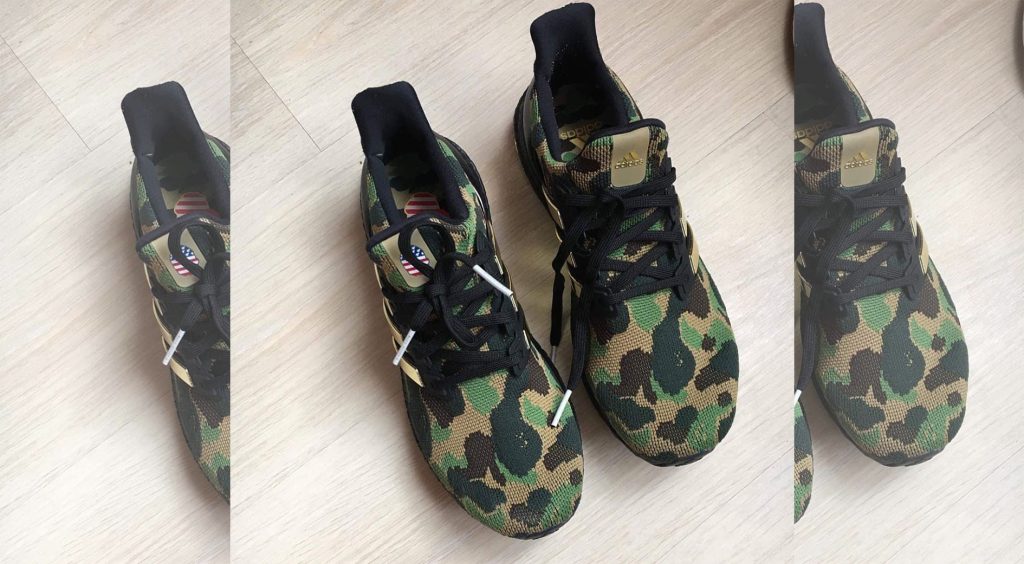 With an NMD and a Dame 4 collection under their belt, Adidas and Bape are at it again. This time, they unleash the apes on the Ultraboost silhouette.

Bape and Adidas have released some clean collaborations in recent times. With the NMD and Dame 4 both donning the classic Bape camo, this Ultraboost collab is no different.

From the photos we have seen, it seems the difference is that there are no visible Bape heads on the upper. This may be due to the pair in the photo being just a sample, but definitely something to take note of. In relation to the first image renders we found, Bape and Adidas seem to have gone for the black boost version of the collab. As a result, the boost and heel tabs are both black while the details such as the Ultraboost logo and stripes are finished in gold. This doesn’t surprise us as Bape has always had an affinity for bold detailing. This time around, the tongue on the left shoe sports a USA Bape head flag. This logo is also found on the insole on the same side. The right shoe only bears the classic gold Adidas performance logo.

The Bape Ultraboost is expected to drop on February 2, 2019, and will retail for about USD$200. The shoe is rumored to be released at Adidas Originals retailers and adidas.com, stay tuned for updates.

What do you think of the Bape Ultraboost? Would you rock this pair? Let us know in the comments below.