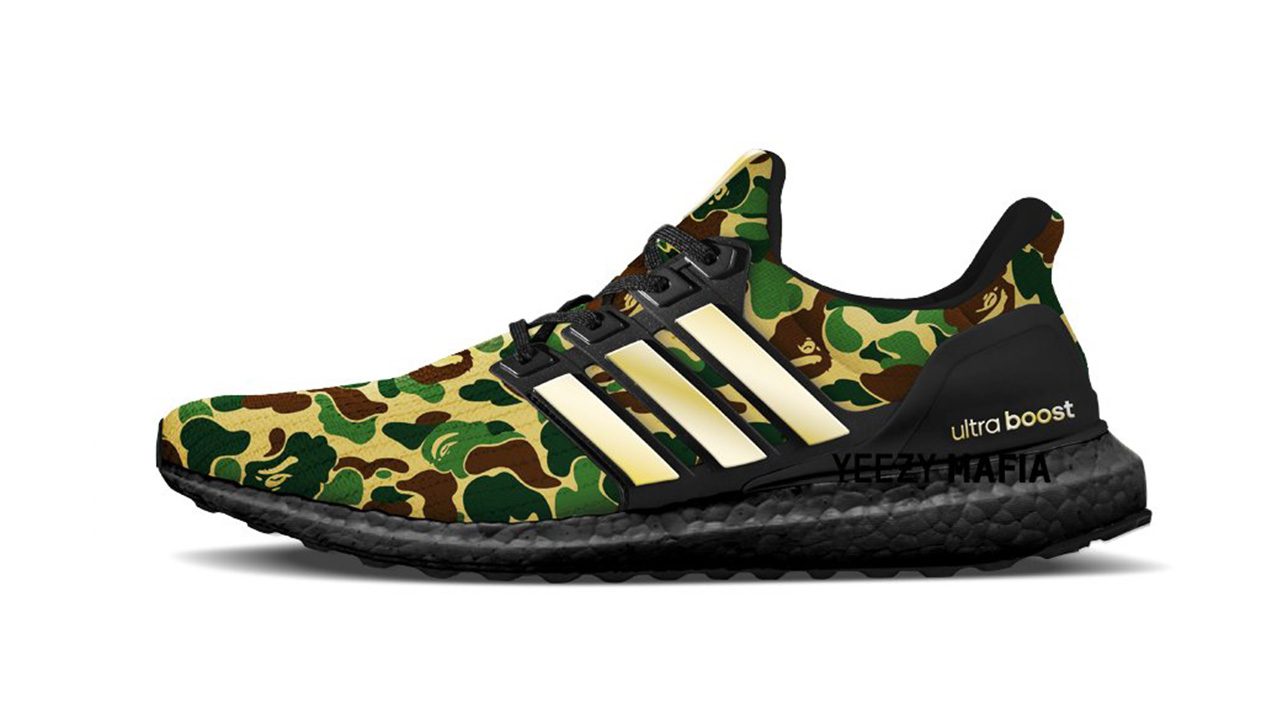 The Bape x Adidas Ultraboost will be released sometime in January 2019.

Japanese streetwear brand Bape has collaborated with Adidas on several silhouettes such as the NMD and Dame 4.

News of the upcoming Bape x Adidas Ultraboost was first released by Twitter users @py_rates and @theyeezymafia on Thursday, 12 July. Both Twitter accounts have also provided image renderings of what the upcoming sneaker collaboration will look like.

It looks like the Bape x Adidas Ultraboost will feature a green signature camouflage print. Reports state that other style elements include a US Bape head flag on the shoe’s left tongue and insole. Additionally, it looks like the sneaker’s design will also include contrasting accents either in tan or black as well as Adidas’ triple stripe branding either in white or gold.

Twitter user @theyeezymafia claims that the collaboration will also include a pair of soccer cleats. Unfortunately, no images or details have been provided.

If the rumors are true, this wouldn’t be the first time the two brands have teamed up to collaborate. Previous Adidas and Bape collabs include the Adidas x Bape Dame 4 released earlier in February 2018, as well as the Adidas x Bape NMD R1.

For now, it appears that the Bape x Adidas Ultraboost collaboration is scheduled to be released sometime in January 2019. According to Twitter user @theyeezymafia, the shoes will cost US$200 (approx. S$273).

Neither Adidas nor Bape has confirmed the exciting news just yet. Guess we’ll have to wait for more information to come. Don’t forget to check back with Straatosphere for more updates and information closer to January 2019.