Pharrell Williams’ Billionaire Boys Club is following in the footsteps of its massively successful Complex Con release and dropping a new Reebok Answer V. As with its Complex Con drop, the new BBC Ice Cream x Reebok uses a lavish combination of leather and suede on the uppers in an eccentric colorway. 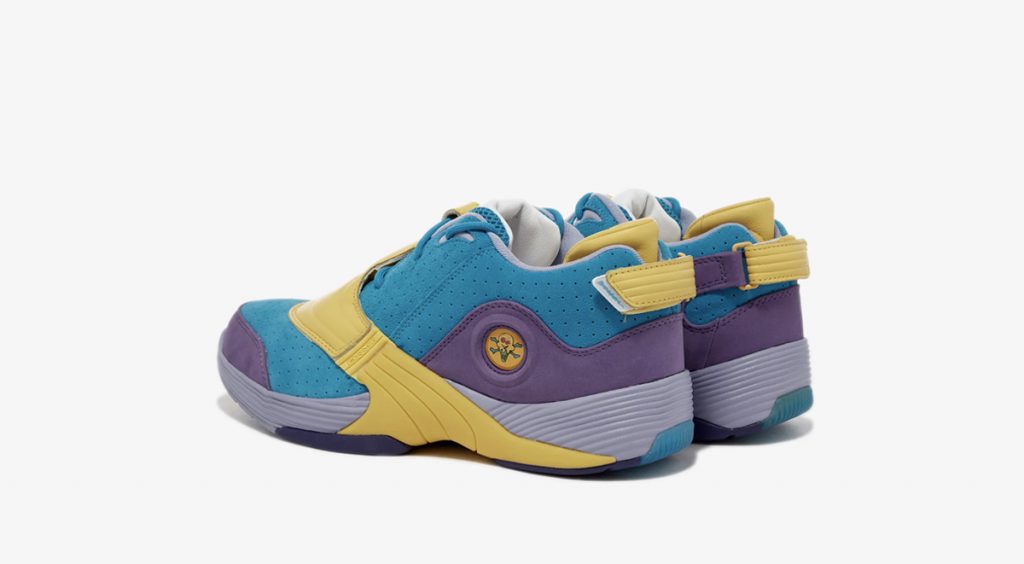 The Reebok Answer V was Allen Iverson’s signature sneaker from 2001-2002. The low top sneaker was built to support Iverson’s fast-paced playing style while providing maximum cushioning with a DMX midsole.

The sneaker originally came with full leather uppers, but BBC replaces most of it with blue suede. The front mudguards and heel caps come in purple leather, which perfectly contrasts the yellow leather used in the midfoot straps and mesh heel counters. The midsoles are more muted, coming in a lavender hue. The BBC Ice Cream logo peeps through a small circular cut out at the heel. The outsoles are as colorful as the uppers, utilizing all the colors of the upper in various panels surrounding the DMX logo. As the cherry on top, the sneaker comes embellished with a special Allen Iverson ice-cream hangtag. You can enter the draw for the BBC Ice Cream x Reebok Answer V at End.com, which closes on February 22 at 4pm (Singapore time).

Do you like the eccentric color blocking of the BBC Ice Cream x Reebok Answer V? Share your thoughts in the comments section below.