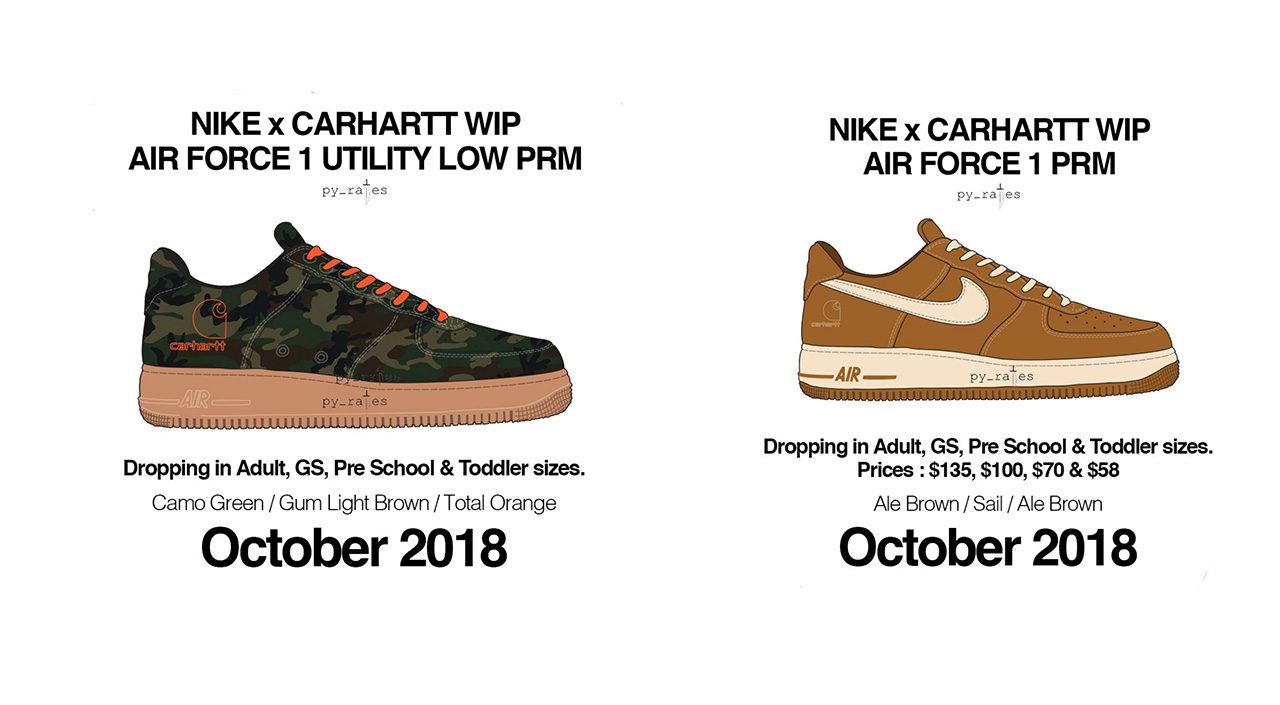 The Carhartt x Nike Air Force 1 collection is rumored to drop in October this year. 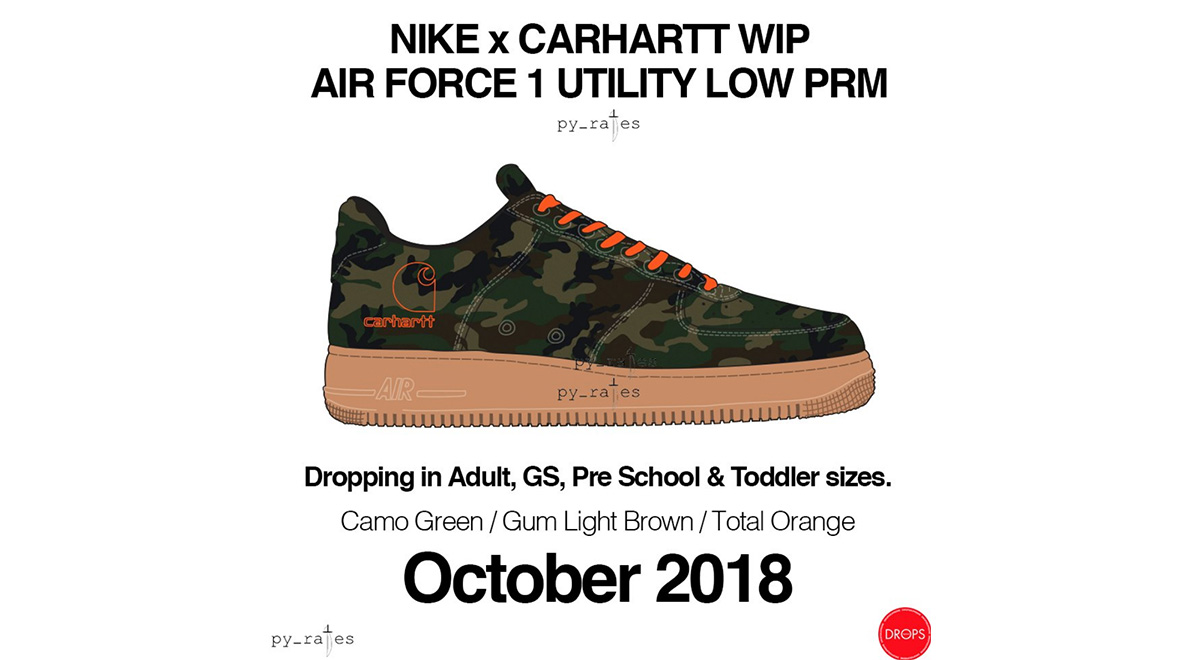 The sneaker will feature iconic Carhartt elements such as a camo allover print and orange laces.

News of the Carhartt x Nike Air Force 1 collection was first released by Twitter user @py_rates. Based on the image renderings, it seems the pack will feature two colorways: camo/orange and brown (image below). Also a nice touch for Carhartt fans is the Carhartt logo embossed on the heel of the sneaker. 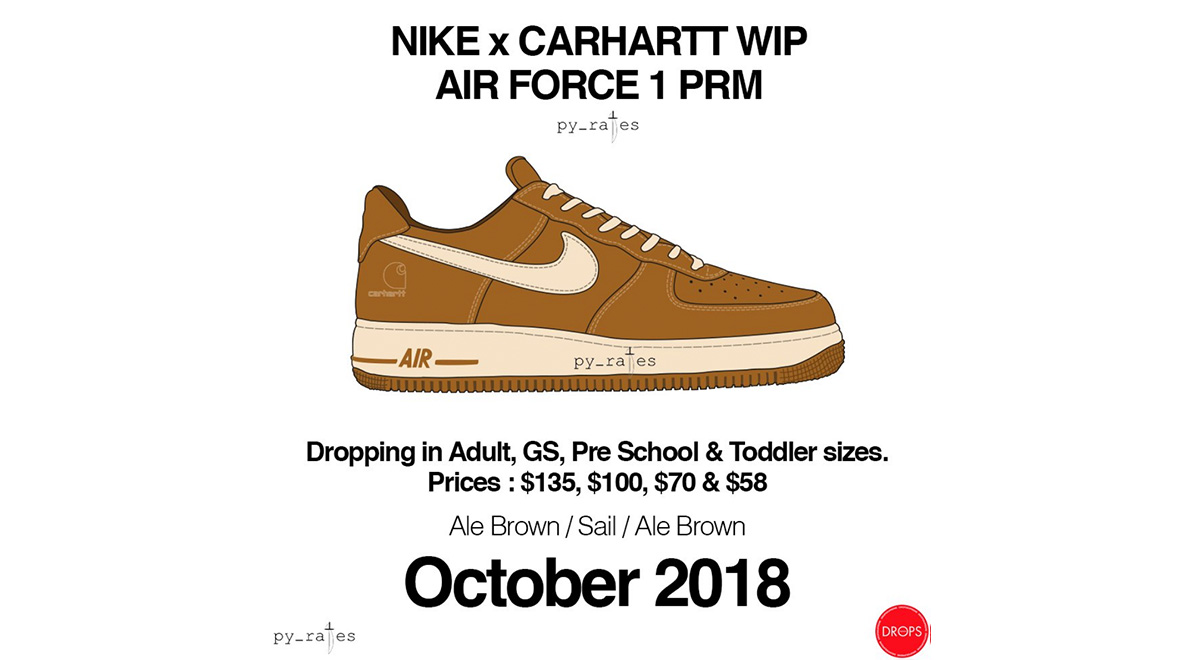 According to another Twitter user, @Ruby_bckpckr, the Carhartt x Nike Air Force 1 collection will come in four additional colorways: Wolf Gray, Mustard, Passed Green, and black (see tweet below), but we have no way of verifying the authenticity of the information. 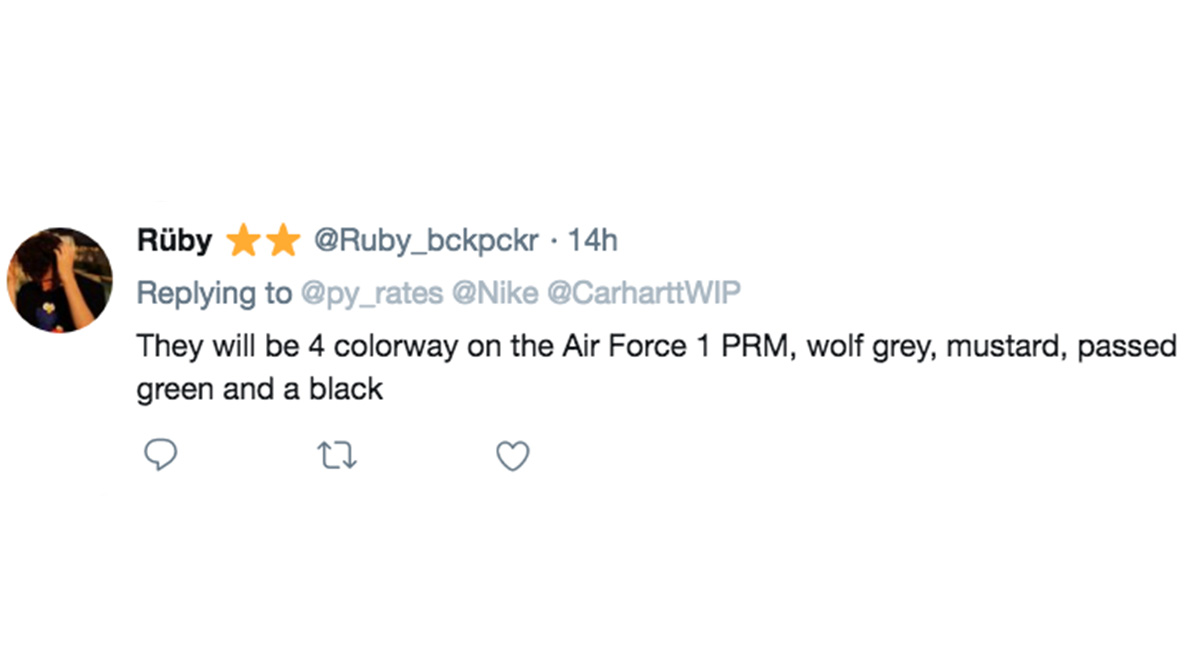 Are you excited about the upcoming Carhartt x Nike Air Force 1 collection? Let us know in the comments section below.