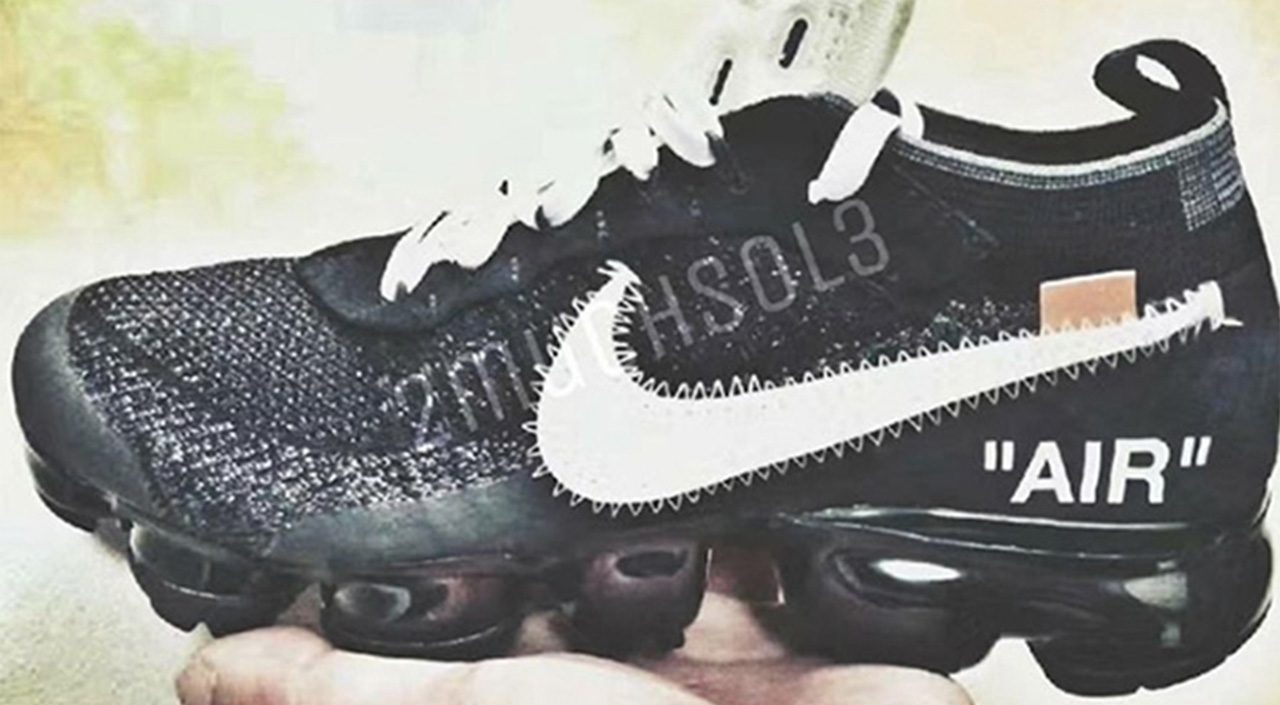 The rumored Off-White x Nike Vapormax — to cop or not?

If genuine, the sneaker will feature a speckled flyknit outer and a black Air Vapormax sole. Other notable qualities include a deconstructed Nike swoosh branding as well as the word “Air”. It sports a design similar to the Off-White x Nike Air Force 1 teaser, leaked in March.

Rumors surrounding the Off-White x Nike collaboration first began in February, after Virgil Abloh broke the surprising news during his Columbia University lecture, “Everything in Quotes”.

No prices or release dates have been mentioned but watch this space for future updates.