We have coffee with Jansen Tan, ex-national cyclist and owner of Coast Cycles, a haven for urban cyclists who love a good bike as much as they do their beans. 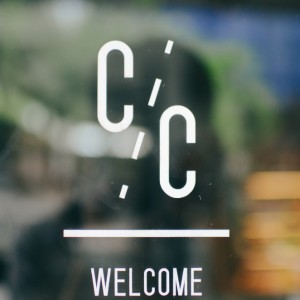 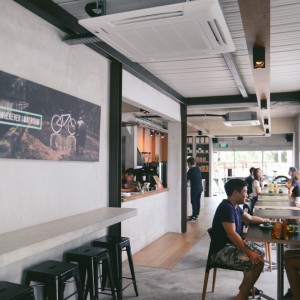 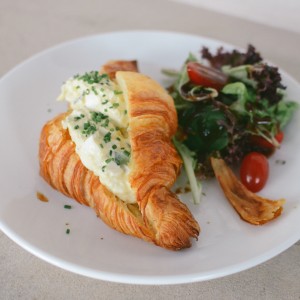 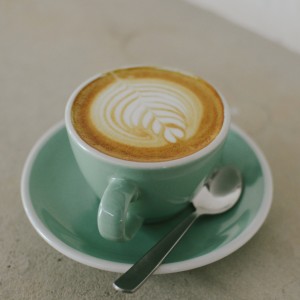 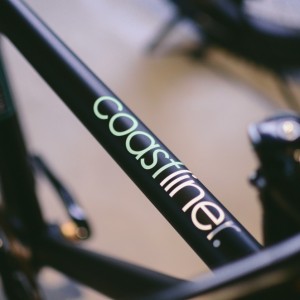 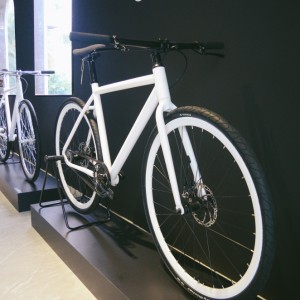 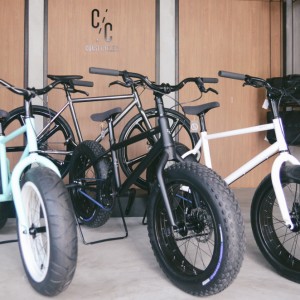 New kid on the block, Coast Cycles, is a bicycle shop, repair shed and cafe that is located in the Siglap neighborhood, away from the hustle and bustle of the city. People are streaming in, either on two feet or two wheels, seeking refuge in this haven for all things bike-related. With good grub and coffee thrown into the mix, Coast Cycles has mastered the trifecta of lifestyle offerings for the urban crowd.

We’ve come to the cafe for the same reasons – we love a good bike as much as we do our beans, and we don’t say no to food. More importantly, we’re here to have a chat with its founder, Jansen Tan. Jansen Tan, owner of Coast Cycles, and his very own creation, the Coastliner bicycle

As we chat, we dig in to the hearty Coast Breakfast (S$12), a dish of fluffy scrambled eggs on toast with a pork sausage on the side. Our coffee of choice is a flat white (S$5) made with beans from Papa Palheta – these days it’s important you know the pedigree of your coffee’s beans.

While Coast Cycles isn’t packed this Wednesday afternoon, we imagine it to be buzzing with people on weekends. With its semi-industrial look and feel and floor-length glass panels, which lets the sunlight in as you watch out for your bike parked outside, Coast Cycles is a great place to be. It’s hard to imagine all this stems from but a simple childhood love for cycling.

“The bicycle was our ticket to freedom when we were young. It was the first vehicle we had that allowed us to get out of the neighborhood,” says Jansen, taking us back to where it all started.

Jansen progressed from casual cycling to bike trials, and eventually went on to compete at the national level. Those years of rigorous training have helped him cross over to other disciplines like mountain biking and downhill riding, both of which he enjoys to this day.

Jansen’s accomplishments don’t end there. He has also designed and manufactured his own line of bicycles; the Coastliner for commuting and the Goliath, a sturdy fatbike that Jansen proudly says can take on mountain biking duties and conquer trails like the one at Bukit Timah. And you can take his word for it since he stress tests each bike model on different terrains to see what can be tweaked for improvement. 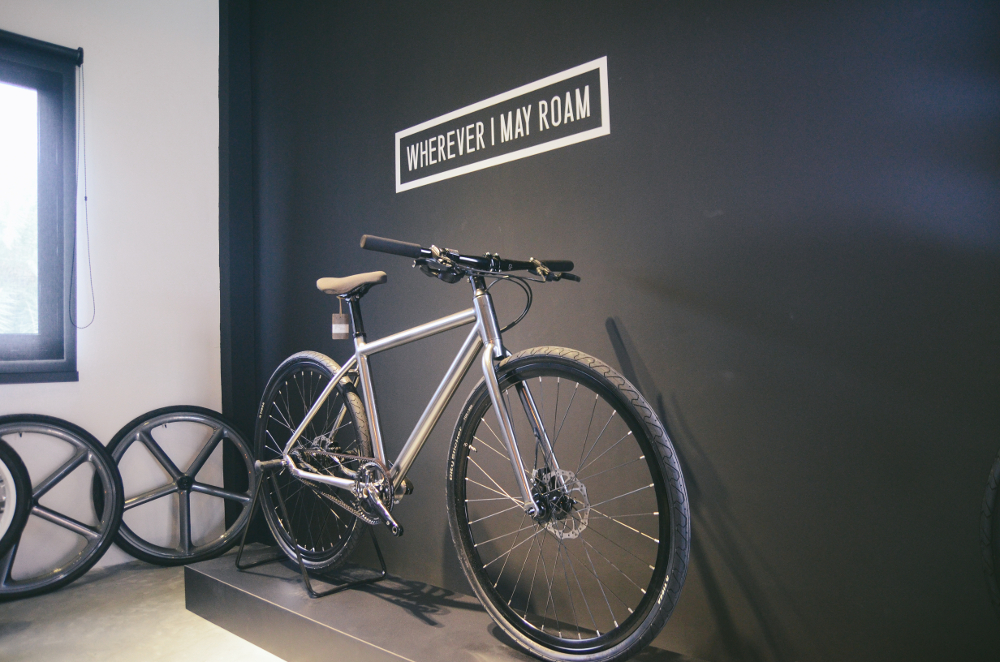 With its minimalist, stylish look, the Coastliner is perhaps the perfect bike for commuting

Coast Cycles also offers repair services and customization. “We can work off a Pantone chart or color code from your favorite car. We can even paint the bike to match or complement your accessories,” he tells us. And, if you’ve got your own components like wheels or handlebars, Jansen’s team can assemble them with your bike, as long as they deem it safe and suitable.

Jansen’s next step would be to take the Coast Cycles brand overseas. “We need to establish our ground here and build ourselves up to do exports, which is a totally different market,” he says. However, he is confident his five-man team is up to it. Being riders themselves, and with a majority trained in design, they enjoy pushing boundaries and defying people’s perceptions. 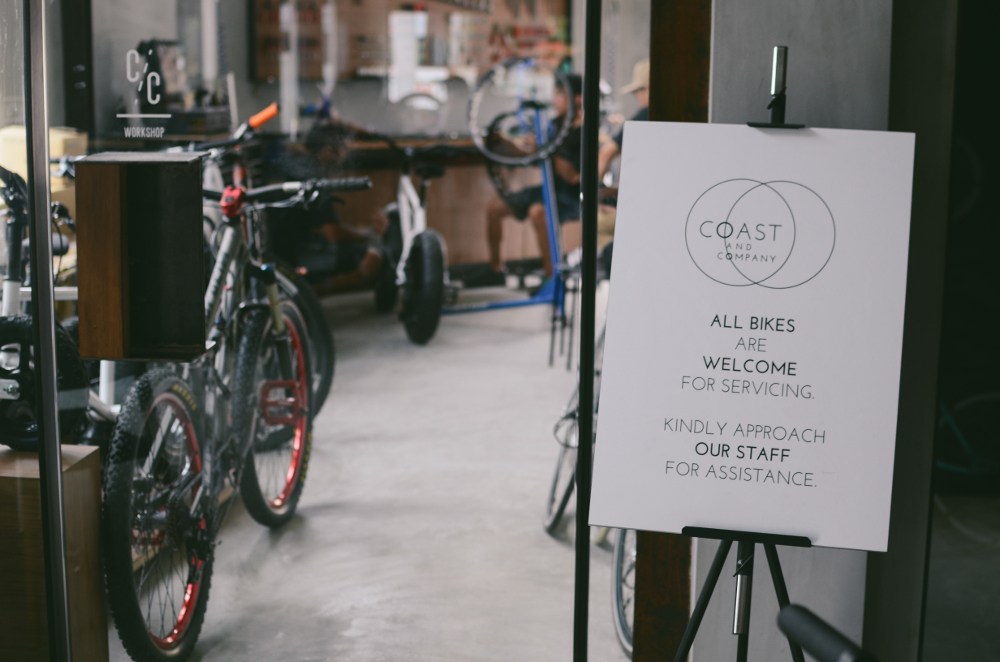 Got a problem with your bike? Bring it in and have a cuppa while you wait

We ask Jansen to summarize his life’s philosophy. He points to Coast Cycle’s tagline “Everybody Needs Some Time to Coast”. “Everyone needs time for themselves, kind of like meditation. Just go for a ride, get away from your hectic lifestyle and enjoy the journey. That’s what I believe cycling can do, it empowers you to be free, to see places and to travel. Plus, you don’t leave a carbon footprint,” he ends with a smile. 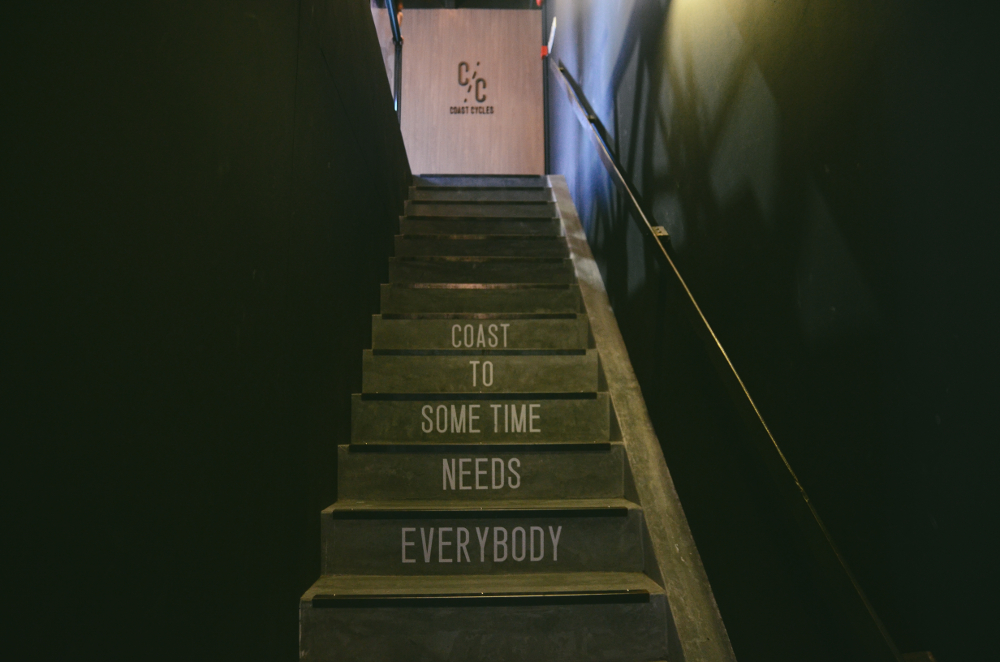 Take time off to coast!

Coast Cycles is located at 54 Siglap Drive, Singapore 456176. Opening hours are 10am – 7pm on Tuesdays to Fridays, and 9am – 10pm on Saturdays and Sundays (closed on Mondays).

The brand will be showcasing its line of urban bicycles at Binary, an event to launch its Coastliner and Darker Than Wax’s vinyl Feelings In Colour. Details of the event can be found here.