It looks like the Comme des Garcons x Nike Air Max 180 will be available real soon. 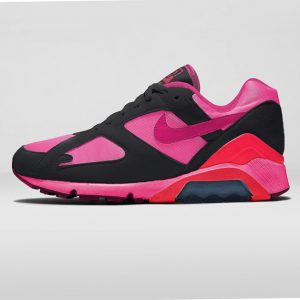 The Comme des Garcons x Nike Air Max 180 is scheduled to be released in February.

According to Sneaker Bar Detroit, the collaborative shoes will drop February 1, at select stores.

The official list of stockists has yet to be announced, but Sneakers Addict speculates that the Comme des Garcons x Nike Air Max 180 shoes will be available at both Nike and Dover Street Market stores.

For a closer look at the new Laser Pink/Solar Red-Pink Rise colorway, check out the image below: 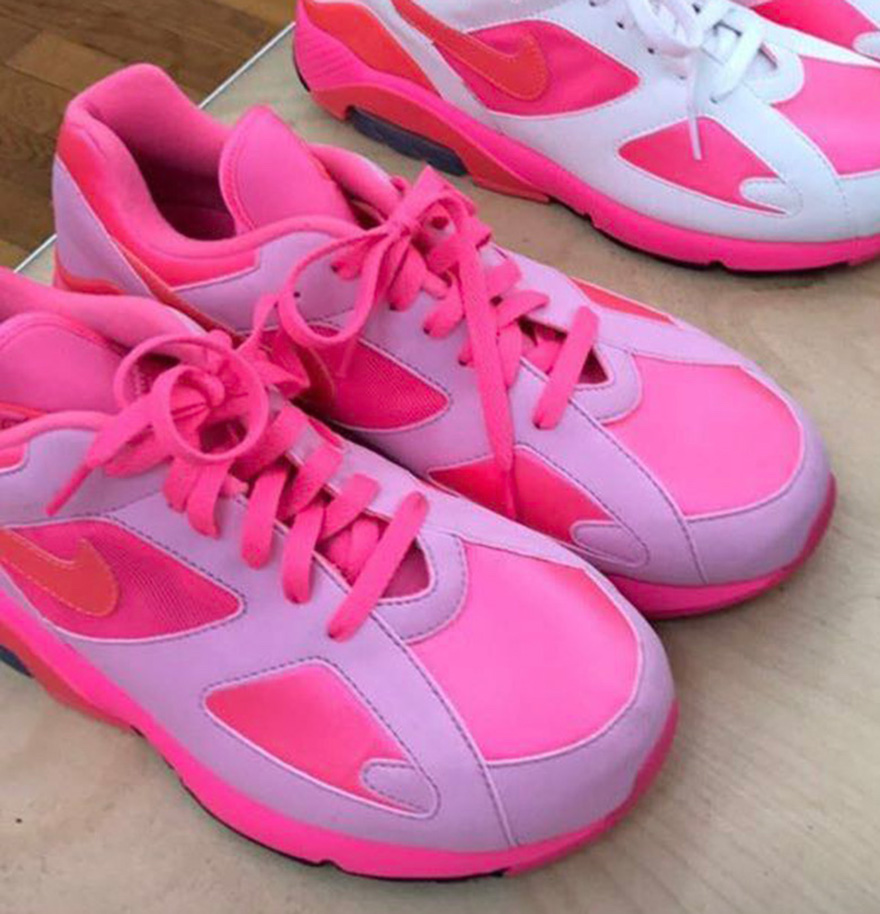 One look at the shoes and surely the word “retro” comes to mind. Details include a pink Nike Swoosh logo along with paneling either in white, pink, or black. In addition, the shoes also feature a chunky Air Max system on its outsole as we reported in our June 2017 article.

We’ll have to wait for more information for this one. As always, keep an eye out for more updates on Straatosphere.

Would you cop the Comme des Garcons x Nike Air Max 180 sneakers? Let us know in the comments below!