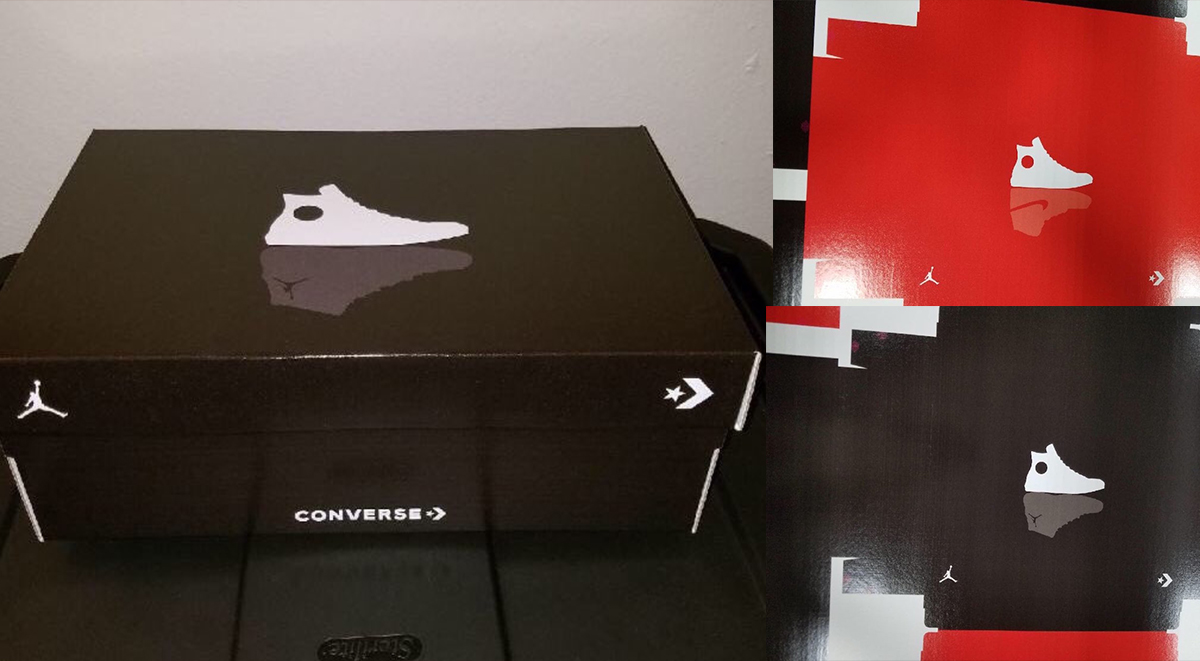 Rumors of the sneaker pack were first released in March 2018.

Jordan Brand has been involved in a range of stellar collaborations this 2018. Notable 2018 releases include the upcoming Off White X Nike Jordan 1 “UNC” as well as the Levi’s x Air Jordan 4.

However, rumors of a possible Converse x Air Jordan 1 x Air Jordan 11 sneaker pack could mean that another Jordan Brand collab is slated to release soon. Information regarding the collab was first released by Twitter user Pinoe77 earlier in March 2018. Unfortunately, like most sneaker rumors, no release dates or sample images were provided.

The only information available is a glimpse of the collaboration’s upcoming sneaker box (image above). Based on the pictures, it looks like the shoes will come adorned either in a red or black box. The shoebox will also come decorated with an image of the Converse Chuck Taylor in the middle.

Despite the exciting news, it should be noted that this isn’t the first time the two sneaker giants collaborated. An Air Jordan x Converse pack featuring the Air Jordan 2 Alumni and Converse Fastbreak Mid was released earlier in June 2017. The sneaker pack retailed for US$300 (approx. S$409).

Converse and Jordan Brand fans gear up for a fire release

Despite the lack of information, sneaker fans have expressed interest in the collection with some claiming that it “could be dope“.