The Converse x JW Anderson collection will be released December 14.

The collection will be available on Thursday, December 14. Dubbed the “GLITTER_GUTTER” collection, the range will feature three Converse silhouettes dressed in bold colors and glitter. 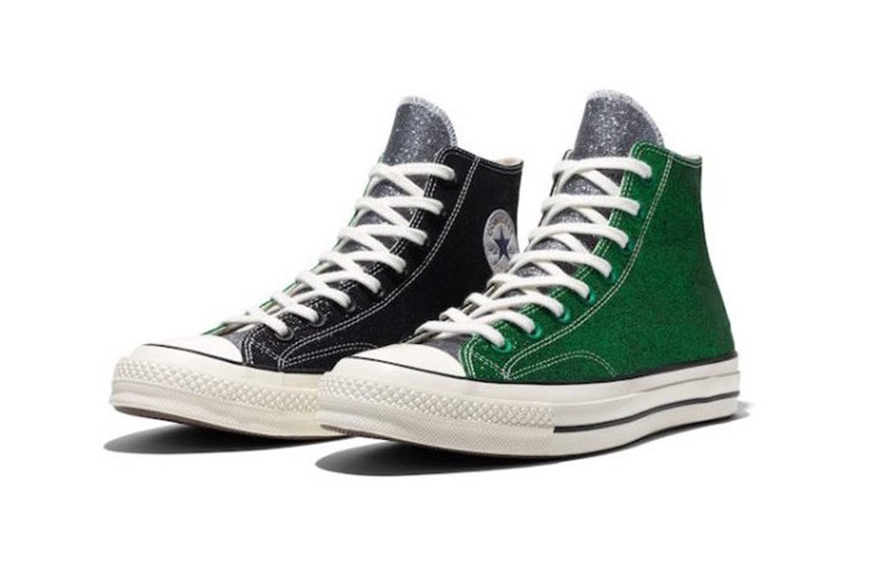 Based on the images, it looks like the Converse x JW Anderson Chuck 70 Hi will come in two colorways: green/black and pink/blue. Additionally, the sneakers will also feature a strip on its heel in and tongue in a contrasting color.

Aesthetics aside, the Chuck 70 Hi silhouette will feature an extra cushioned insole as well as a rubberized outsole, for additional comfort (source). Much like the Chuck 70 Hi, the Thunderbolt iteration will feature a multi-colored outer in green and blue. In addition, the collaborative shoes will come with orange and silver detailing as well as white laces for a cleaner look.

The Converse Thunderbolt is a lesser-known running shoe model. The silhouette features an EVA insole for added cushioning as well as rubber pods on its heels for added traction. 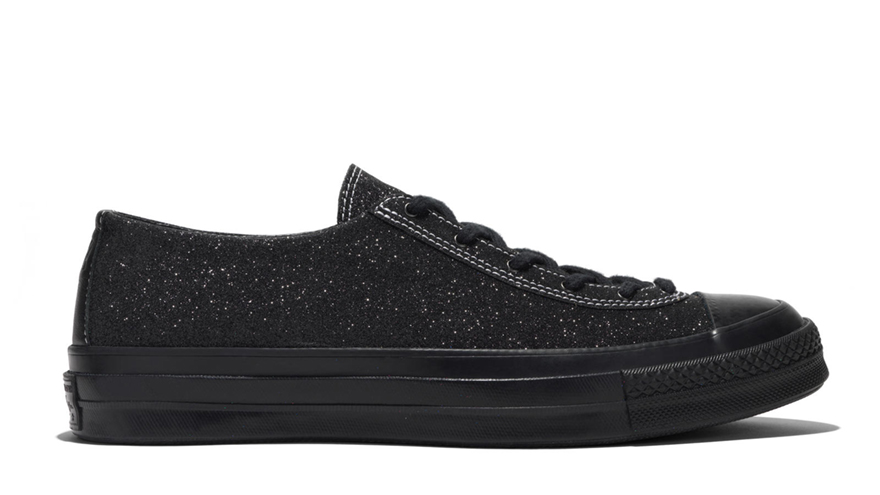 Unlike the other two iterations, the Converse x JW Anderson Chuck 70 Lo will feature a glittery black outer coupled with black laces as well as a black sole.

The Chuck 70 Lo is a popular silhouette that was originally released in 1917. Just like the Chuck 70 Hi, the Lo model will feature added cushioning in its insole. In addition, the shoes will also come with a larger toe box, for extra wiggle room (source).

To recap, the collection was first unveiled at Pitti Uomo, an Italian menswear fashion show held earlier on June 15.

No word yet on the prices of the collection, but as usual, keep an eye out for more information on Straatosphere.