Cushioning technology, the heart and sole of a sneaker

Cushioning technology, the heart and sole of a sneaker Sneakers today feature soles that are lighter, softer and more responsive than ever before.

A lot goes into making any sneaker. Be it the upper, midsole or outsole, these pieces need to be carefully designed and pieced together. Regardless of whether the sneaker is intended for fashion or athletic use, we generally look at cushioning, energy return and weight when deciding if a sneaker ideal.

This has pushed many of the big players within the sneaker game to rethink their approach to cushioning technology. In most cases, they create an entirely new foam to achieve the sweet balance between cushioning and energy return.

We explored the various cushioning technologies from each of the biggest names in the sneaker game and the shoes they are used in. We’ve highlighted the pros and cons so you can buy the shoe that fits you best. First debuted in basketball sneakers in 2017, React technology has come a long way as a performance foam technology.

React foam is currently utilized in Nike’s flagship running shoe, the Nike Epic React. The road running shoe is often seen as striking the ideal balance between cushioning and energy return, retaining comfortable without becoming unstable. Nike uses fluid geometry to distribute the foam, which determines the depth of the grooves and placement of texture to provide better performance.

However, some reviews have noted that unprotected areas of the midsole wear out very quickly and the exposed React does not grip very well in indoor environments. Sizing can also be a little finicky, with the shoe running a little narrow. So, it’s best to try on the shoe before you make a purchase.

All in all, Nike’s React technology seems to have achieved a good balance between comfort and power. The fact it looks good as well easily makes it a contender for a daily shoe. However, the slippery outsole might be an issue for those who mostly do indoor sports.

You can check out the latest iteration of the Nike React running shoes at Nike.com. The Nike Joyride, which has been over ten years in the making, is the latest in Nike’s line up. Noticeably, it utilizes thousands of TPE beads set into pods, which is said to provide better comfort and energy return for runners, hence the name.

The pods help to disperse the beads across the entire midsole, ensuring that there are enough beads to match the needs of the zone. For instance, since our heels take the most impact during a run, 50% of the beads are housed in the rear pod under the heel, while only 5% of the beads are kept within the forefoot. The beads are able to move freely within the pods, creating the sense that the sneaker is adjusting to fit the foot. This is further enhanced by the lack of sock liners, giving the wearer closer contact with the beads, which help the beads conform to the feet better. 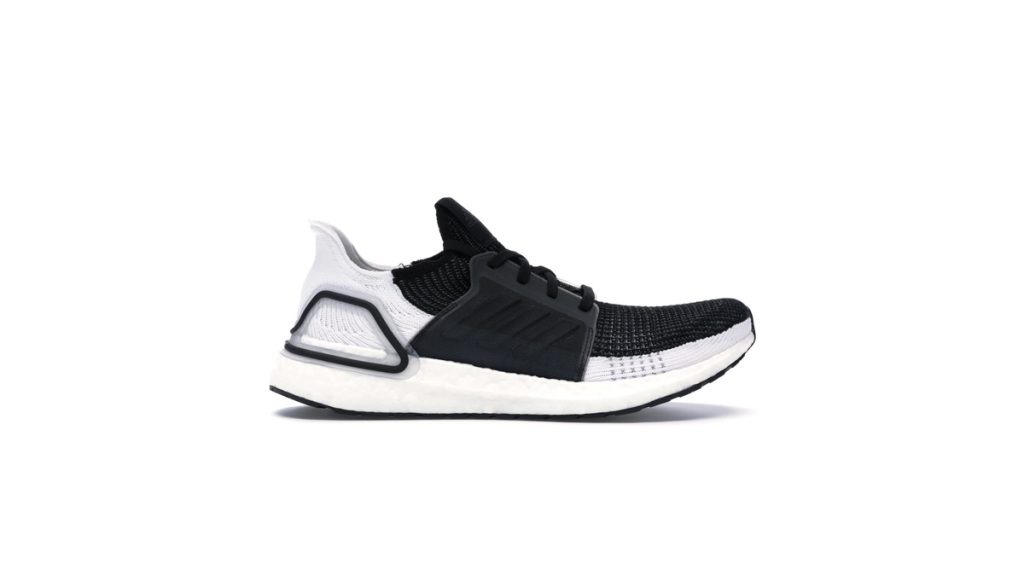 The foam that changed the game: Adidas’ Boost technology. A collaboration between Adidas and BASF, the world’s leading chemical company, the midsole pushed the entire industry to change how it saw cushioning technology.

The midsole is made of a granular TPU that compresses under pressure but bounces right back to its original shape when released. This allows it to have one of the highest energy returns in a running shoe. Boost technology has been widely used across Adidas’ line of running shoes, but the best form of it can be found in the Ultraboost.

Like the Nike Epic React, the Ultraboost is not only functionally a good running shoe, but it also looks incredibly good. This killer combination is the reason why it was almost impossible to buy an Ultraboost off the shelf for the first year of its release, and remains in high demand to this day. Recent updates include continental rubber outsoles to improve grip in all conditions and provide consistent performance at any temperature. Though it’s an incredibly good running shoe, some have noted that the ultra-soft midsole is not ideal for everyone. Some users find it too unstable, while others have experienced strain in their ankles and knees. The Boost midsole also stains over time, generally turning yellow with consistent use.

If you are looking for a running shoe that can also be a daily beater with street cred, the Ultraboost is the way to go.

You can get yourself a pair at Adidas.com or at END clothing. New Balance has always been known to tinker with the foam they use in their sneakers. Even when Nike dominated with their Air Max technology in the 90s, New Balance continued to formulate new foams to provide better cushioning and energy return.

The latest version is the Fresh Foam, its softest foam to date. Fresh Foam was developed and constructed using various technologies, from laser perforation of the midsole to using athlete’s data to determine which areas require better grip or thicker foam. The midsole is light but provides sufficient cushioning and support.

Sadly, none of the running shoes that utilize Fresh Foam look good enough for casual use. However, New Balance running shoes have been noted to have incredible grip in most weather conditions and fit snugly. Some runners even feel they can push themselves further and harder with the shoes.

As for more casual use, the 574 Sport merges classic New Balance design language with modern comforts. 574s are not the softest or most hyped sneakers you could buy, but it elevates any outfit. A pair of grey 574 Sports, khakis and a button-up shirt is all you need for that fancy dinner.

You can check out more designs at newbalance.com 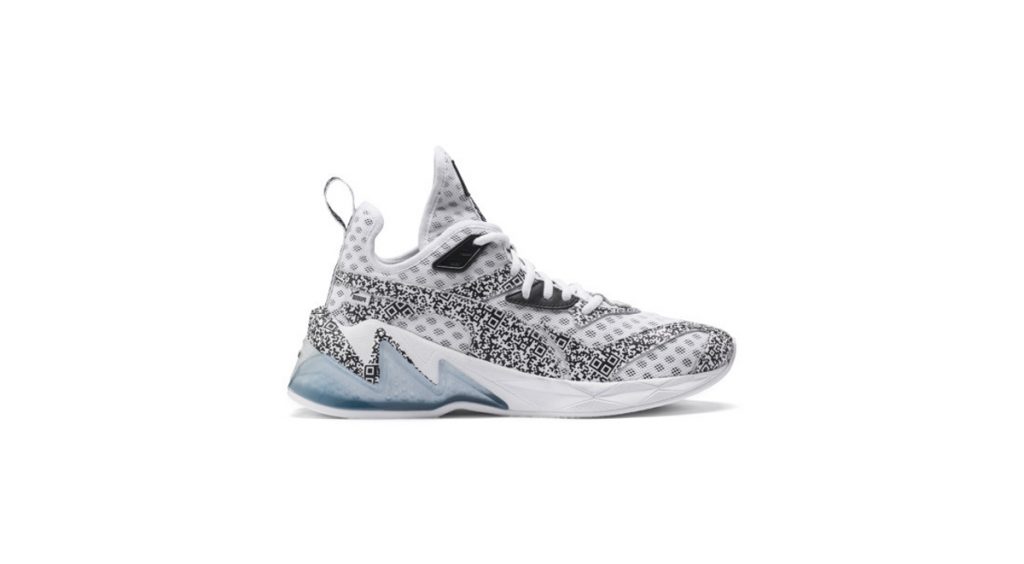 Puma merged their classic hexagonal cells with ProFoam to create a new midsole that provides a soft yet sturdy foundation to work out with. The cushioning was released earlier this year with a bang: models containing the new cushion, like the LQDCELL Origin and Omega Manga Cult, come in striking colorways with retro aesthetics. 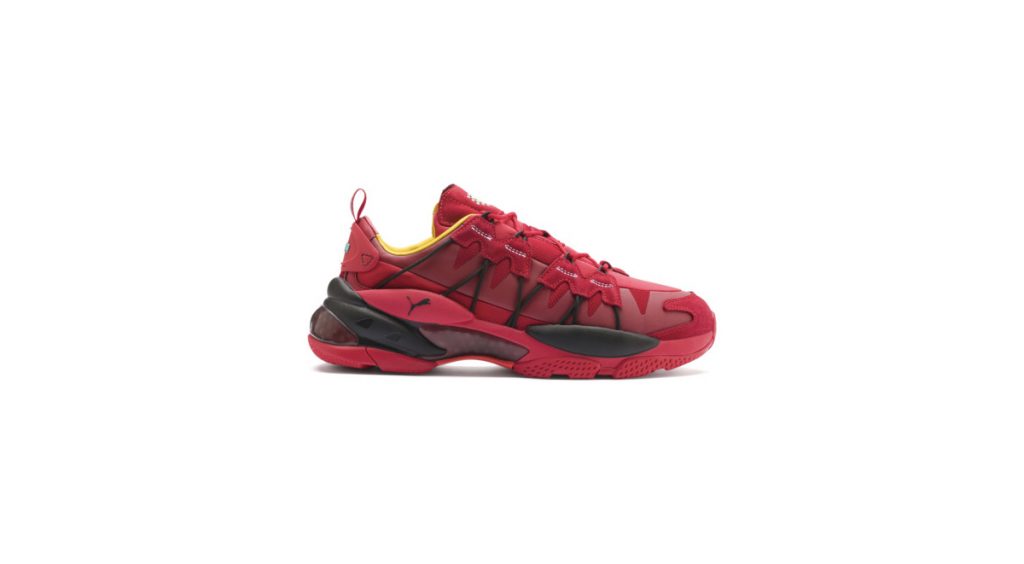 Reviews have given full props to Puma for staying true to their promise of creating a shoe that not only performs well but looks good while at it. However, reviewers noted that the LQDCELL is by no means light, with some pointing out that the rear of the shoe can feel noticeably heavier than the forefoot.

If you are looking for a pair of training shoes for your crossfit session that can be worn for your OOTD right after, look no further than the Puma LQDCELL.

You can get yourself a pair at puma.com

Nike’s React, Adidas Boost, New Balance’s Fresh Foam, and Puma’s LQDCELL are all at the forefront of cushioning technology. Each has its own strength and weakness. It’s always best to visit a store to give each pair a shot, and pick the one that feels best for you and your needs.

Have you tried any of these cushioning technologies? Let us know which sole you’d sell your soul for in the comments below.